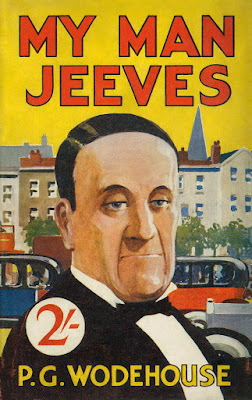 His day commences by seeing that his master’s dressing-room is in order; that the housemaid has swept and dusted it properly; that the fire is lighted and burns cheerfully; and some time before his master is expected, he will do well to throw up the sash [open the window] to admit fresh air, closing it, however, in time to recover the temperature which he knows his master prefers. It is now his duty to place the body-linen on the horse before the fire, to be aired properly; to lay the trousers intended to be worn, carefully brushed and cleaned, on the back of his master’s chair; while the coat and waistcoat, carefully brushed and folded, and the collar cleaned, are laid in their place ready to be put on when required. All the articles of the toilet should be in their places, the razors properly set and stropped, and hot water ready for use.

So says Mrs Beeton's Book of Household Management (1861) on the duties of the Gentleman's Gentleman, or valet, which, although my husband and I have debated the point greatly, rhymes with 'pallet.'


Gentlemen generally prefer performing the operation of shaving themselves, but a valet should be prepared to do it if required; and he should be a good hairdresser. Shaving over, he has to brush the hair, beard and moustache, where that appendage is encouraged, arranging the whole simply and gracefully, according to the age and style of the countenance. Every fortnight, or three weeks at the utmost, the hair should be cut, and the points of the whiskers trimmed as often as required. A good valet will now present the various articles of the toilet as they are wanted; afterwards, the body-linen. Neck-tie, which he will put on, if required, and, afterwards, waist-coat, coat, and boots, in suitable order, and carefully brushed and polished.”

The valet was a gentleman's helicopter parent, overseeing any and every aspect of a gentleman's life - as required. P.G. Wodehouse's Reginald Jeeves, who has come to be thought of as the quintessential valet, takes his duties far beyond the call of any servant, or hired hand. Unlike a butler, Jeeves served the man, not the household, though his duties may at times make him responsible for the gentleman's household. Jeeves' genius and resourcefulness is so well known that it inspired the name of the website, AskJeeves (1996), which was renamed Ask.com in 2006.

Like Jeeves, Corporal Trim, from the Life and Opinions of Tristram Shandy, Gentleman (1759), is a bit more clever, observant, insightful, and gentlemanly than the gentleman who employs him.

Which is just the sort of person you want around if you are on a vengeance mission, like Edmond Dantès in the Count of Monte Cristo (1844). No task is too great, or too small, for a good valet. Consequently, Dantès's valet, Baptistin, is devoted to the task of helping him destroy his enemies.

Loyalty, devotion, and personal service are integral to the role of the valet. The valet of Wayne Manor, Jarvis Pennyworth makes it his dying wish that his son, Alfred, continue serving the Wayne family in Batman.

Moreover, how does one become a gentleman's gentleman without becoming a gentleman himself? And if there was a way to become more gentlemanly than a gentleman, why didn't gentlemen take advantage of the same opportunity?

As Jeeves and Corporal Trim illustrate, one might become a valet in various ways. Someone, like Jeeves, may have started his career as a footman, while gradually picking up the rest of the skills his employer required and occasionally stepping into the role for guests who travelled without their valet, or younger members of the household who didn't yet have their own. Corporal Trim got his training in the military, as a companion-at-arms. Although Alfred is a retired intelligence agent, his family has a history of serving the Wayne family, so Alfred comes into his life's calling through established traditions.

Again, the main difference between butlers and valets is loyalty: butlers serve the household; valets serve the man. The female equivalent to the valet is the lady's maid, whereas, although it less common, women can be butlers too.


A man servant was too expensive, so I caught up a little garden girl, made like a milestone, christened her Bunch, put a napkin in her hand, and made her my butler. The girls taught her to read, Mrs. Sydney to wait, and I undertook her morals. Bunch became the best butler in the country. - Horace Smith, Two Essays, a Story, and Some Verses (1892).

If you have enjoyed the work that I do, please support my Victorian Dictionary Project!
Posted by Tine Hreno at 7:13 AM