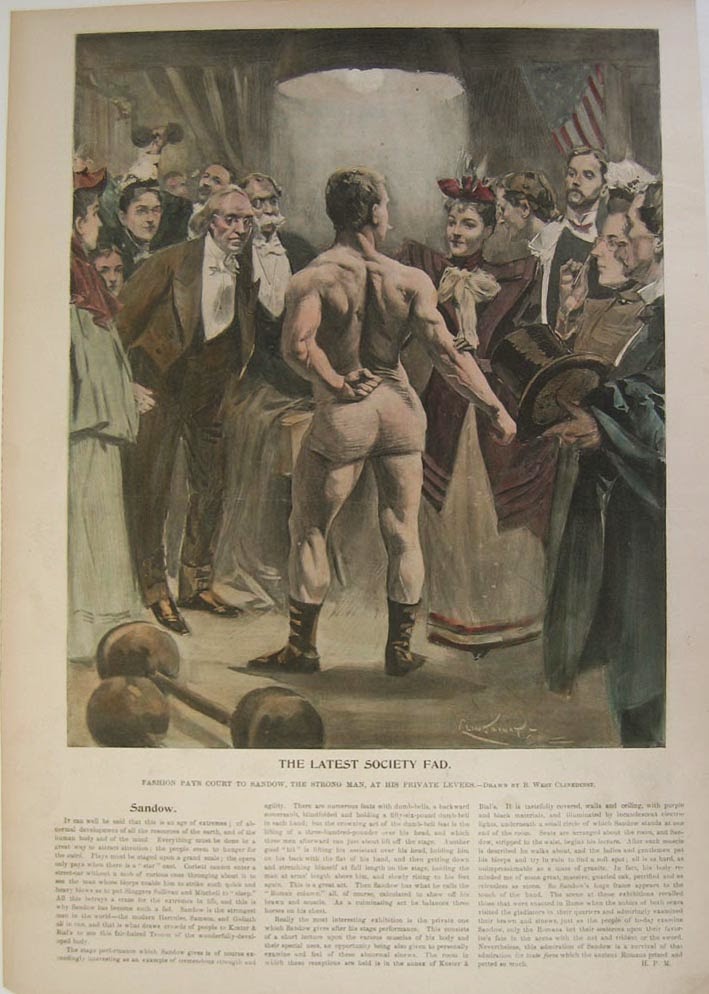 Fin-de-sciele ideals of femininity and masculinity usually bring to mind the tight-laced corset and the dandy, but there was another ideal strutting about 1890s that we tend to forget about. He was a German called Eugen Sandow, and they called him "the Perfect Man."


Today, Sandow is considered the founder of modern bodybuilding. Essentially, he measured the Greek and Roman statues of men in museums, and sculpted his own body to look the part, developing what was called "the Grecian Ideal."

Born in Prussia (1867), as Friedrich Wilhelm Müller, Sandow was the name he adopted when he began travelling through Europe as a circus athlete. Sandow ran away to join the circus in 1885 to avoid mandatory military service. He arrived in London in 1889, performing as a strong man, and became an instant success!

There's so much wonderful Sandow propaganda from the 1890s. 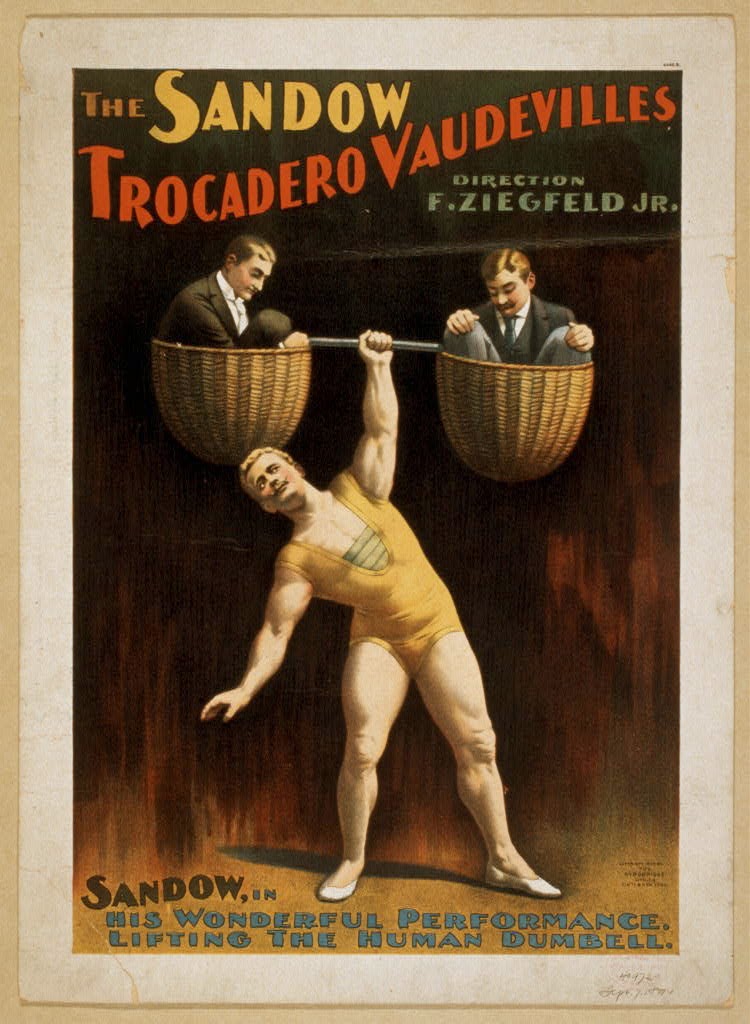 Wearing little more than a fig leaf and a pair of tights, Sandow would imitate the poses of the statues he modelled his body after. 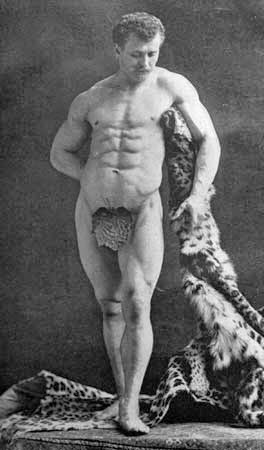 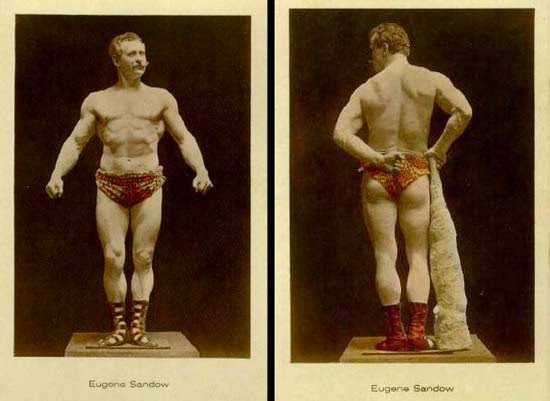 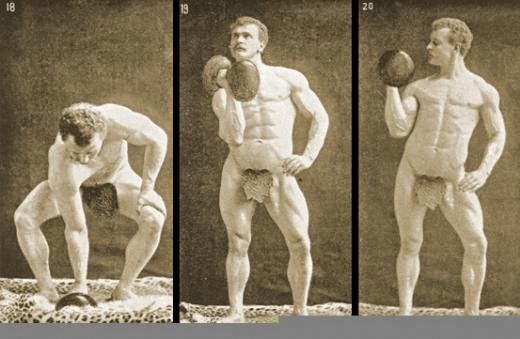 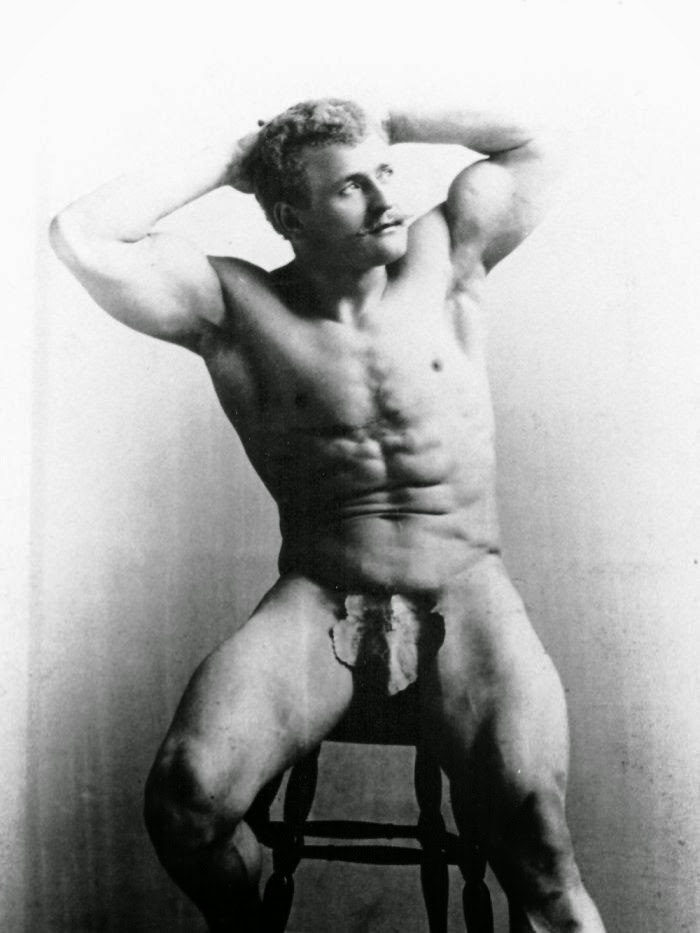 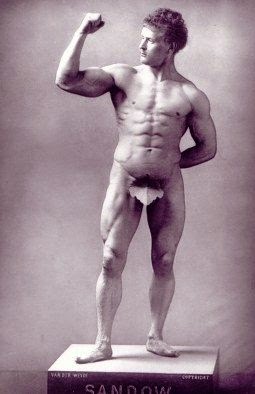 Sandow married Blanche Brooks from Manchester in 1896, with whom he had two daughters. Sadly, he was not a faithful husband, and his life came to an unhappy end in 1925.

Modern biographers speculate that he may have died of syphilis, but newspapers reported that it was a brain hemorrhage, brought on by great strain. According to the papers, Sandow had tried to single-handedly lift his car out of a ditch after an accident, two or three years earlier.

Whatever the cause, Sandow died at home, and his aggrieved wife refused to mark his grave.

After a reader asked me who the perfect woman was, I wrote a post to explain.