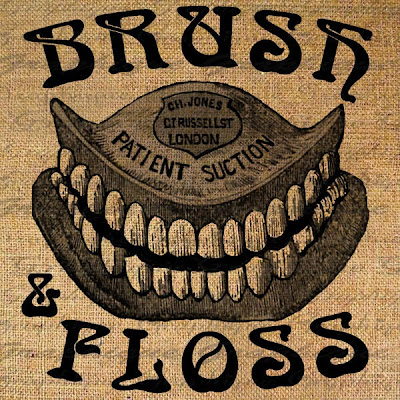 If I could talk to any one person in the world as I conduct my research, it would be Oscar Wilde's grandson, Merlin Holland. Consequently, it brightened my day to find an article about Wilde's Last Shirt today, penned by no other than Holland, who has been studying his grandfather's history for thirty years. 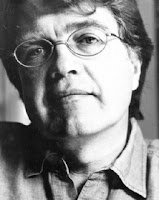 I so wish I knew some of the finer details about Wilde's life, like those which Holland shares with us:


Oscar Wilde’s last shirt owes its survival to being in the wash when he died in Paris on November 30, 1900. Had it not been, his close friend and literary executor, Robert Ross, would almost certainly have disposed of it, as he did Oscar’s other personal possessions of no monetary or sentimental value. It survived thanks to the Dupoirier family, who owned the Hôtel d’Alsace, where Wilde was a long-term resident. A few items that had belonged to Oscar surfaced later, and Jean Dupoirier kept them as mementos. There were the shirt, two trunks of books and magazines, a pile of rough jottings that Dupoirier burned, an umbrella that he subsequently lost, and finally, a set of false teeth.

When did Wilde get false teeth? I know that he was embarrassed by the teeth that he had and would often hold his hand in front of his mouth as he spoke, but this is the first I've heard of false teeth! The quiz show, QI asserts that Wilde's teeth were green right up until his trial, due to a treatment for syphilis, and that his practice of holding his hand in front of them counted against him because it was seen as effeminate.

The syphilis rumour is just that, a rumour, originating (more or less from a 1912 biography), and is grounded in the mercury treatment for syphilis, which turned the patient's teeth green or even black.

Other descriptions of Wilde's teeth go as follows:


His face was so colourless that a few pale freckles of good size were oddly conspicuous. He had a well-shaped mouth, with somewhat coarse lips and greenish-hued teeth. The plainness of his face, however, was redeemed by the splendour of his great, eager eyes.

He had one of the most alluring voices that I have ever listened to, round and soft, and full of variety of expression. - Lillie Langtry


A big man, with a large pasty face, red cheeks, an ironic eye, bad and protrusive teeth, a vicious childlike mouth with lips soft with milk ready to suck some more. While he ate - and he ate little - he never stopped smoking opium-tainted Egyptian cigarettes. A terrible absinthe-drinker, through which he got his visions and desires. - Marcel Schwob (1891)


Oscar Wilde had luncheon next to me, he does not offer you a cigarette, he chooses one for you himself. He does not go round the table, he disarranges the table. His face is covered with broken veins, he has long decayed teeth. He is very large and carries an enormous walking stick. - Jules Renard (1892)

Apparently, his teeth were getting worse in the 1890s, but I still don't know when he got dentures. Wilde had embarrassing teeth going into prison; he was broke, when he got out of prison; but he owned a set of false teeth when he died, which likely would have cost him about 25 guineas... to me, this doesn't add up and I so wish that I had Merlin Holland's help with things like this.

What I have learned, through my investigations today is that false teeth were fairly common in Victorian times. An advertisement in the Daily News, on 3 April 1951, claimed that:


LOSS of TEETH. - A new and very curious invention connected with Dental Surgery has been introduced by Mr. HOWARD, of 17 George Street, Hanover Square. It is the production of an entirely NEW DESCRIPTION of ARTIFICIAL TEETH, fixed without springs, wires or ligatures. They so perfectly resemble natural teeth, as not to be distinguished from the originals by the closest observer. They will never change colour or decay, and will be found very superior to any teeth ever before used. This method does not require the extraction of any teeth or roots, or any painful operation, and will support and preserve the teeth that are loose, and is guaranteed to restore articulation and mastication. - The invention is of importance to many persons, and those who are interested in it should avail themselves of Mr. Howard's New Discovery.

This would be a very new discovery indeed because in 1846 Horatio Pass, wrote that:


That it is a much easier task to make artificial teeth ornamental than useful, may be inferred from the fact that in by far the greater number of cases, they are much too insecure in the mouth to admit of any attempt at complete mastication of the food without displacement.

Which in turn led to the Victorian practice of eating in bedrooms before sitting down at the table for dinner in order to avoid embarrassment. Victorians did not find it funny when grandpa took his teeth out at the dinner table!

For anyone interested in more about Victorian false teeth: http://www.katetattersall.com/?p=1851 And if Merlin Holland or anyone else can answer any of my questions, find me here!