After considering the German Professor in Dracula and reviewing of Bram Stoker's personal life, I imagine a whole book can be written on the origins of Van Helsing. Until recently, literary historians believed, the Turkolog and traveller, Armin Vambery provided Stoker much of the inspiration for Van Helsing, as well as information about Dracula himself - until we found Stoker's notes on Dracula, which make no reference to Vambery whatsoever. 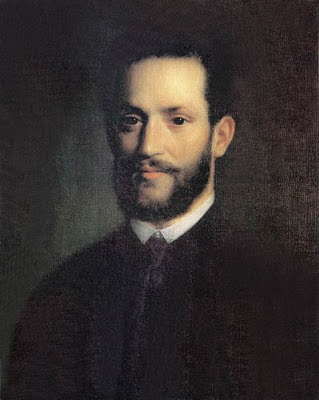 This myth seems to have begun with scholarship in 1962 by a biographer of Stoker's, Harry Ludlam, who wrote:


Bram sought the help of Arminius Vambery in Budapest ... Vambery was able to report that ‘the Impaler,’ who had won this name for obvious reasons, was spoken of for centuries after as the cleverest and the most cunning, as well as the bravest of the sons of the ‘land beyond the forest.'

In Dracula, Van Helsing even refers to his friend "Arminus of Buda-Pesth University," fueling the belief that Vambery acted as a kind of consultant to Bram on Transylvanian culture by making people think Stoker is paying tribute to Vamberly in the text itself.

It's funny - Dracula scholars and fans love a good myth. Armin has become a popular vampire name, as has Armand. Antonio Banderas totally looks like Vamberly. 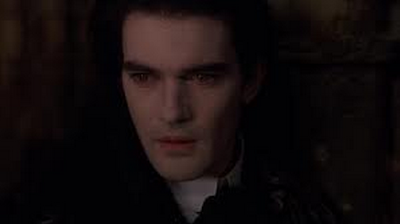 However, Stoker’s Notes didn't reference Vambery once. That on its own is not enough for me to dismiss Vambery's influence entirely. I'm writing a story with Oscar Wilde's mother in it and am modelling her character after my cousin, but (until now) I haven't made any mention of my cousin in my notes!

It's true that Stoker and Vambery were friends; Stoker mentions Vambery twice in his Personal Reminiscences. Other than achieving a similar level of education, Vambery doesn't have anything in common with Van Helsing and didn't seem at all interested in Dracula. Although Vambery wrote extensively on Matthias Corvinus, the Hunyadis, Sultan Mehmed II, and other principal characters of Stoker's plot, Vambery never wrote a word about Dracula. He probably didn't have any information he could tell Stoker - much of his life was top secret!

As is usually the case, truth is stranger than fiction. In 2005, Britain's secret service released documents, which reveal the true Vamberly to be an international spy operating in London in the 1890s. In 2005, the Guardian reported that:


One of the secret service's first foreign agents - before MI6 was established - was Arminius Vambery, professor of oriental languages at the Budapest university at the end of the 19th century.


His putative usefulness for the British was that he had the ear of the sultan of Turkey, "your friend in Constantinople", as his controller in London described him.

He provided information about the weakening Ottoman empire and its relations with the Austro-Hungarian empire and Russia at the time of what Keith Hamilton, a Foreign Office historian, yesterday called a "new round in the Great Game, the Anglo-Russian struggle for power in Asia".

Even if Stoker and Vambery didn't talk about Vampires, the possible conversations they did have seem endless. From a creative standpoint, the leap from vampire to international spy is just... wow! Maybe I should stop writing about historical figures and just write about vampires who were spies in the era that gave rise to Steampunk?