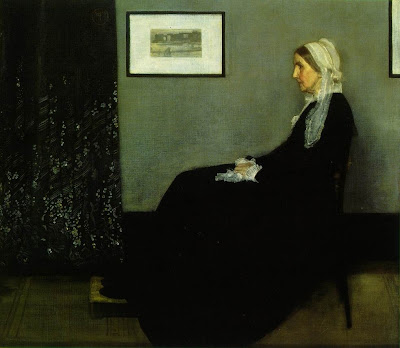 The idea of a rivalry sounds juvenile. When contemporary celebrities do it, it promotes a culture of bullying. And yet, like a big old nostalgic hypocrite, I think everything seemed better in the 1890s, when celebrity rivalries resulted in fine works of literature and were based on a misunderstanding. James Whistler, most famous for his painting: "Whistler's Mother," found his way through a very public rivalry with Oscar Wilde into The Picture of Dorian Gray.

Whistler and Wilde were both aesthetes, though they differed on the finer points of their personal philosophies, such a whether painting or poetry were the higher form of art. Nevertheless, Wilde intended to praise Whistler when he said Whistler's first book was a masterpiece in 1885:


...not merely for its clever satire and amusing jests…but for the pure and perfect beauty of many of its passages . . . for that he is indeed one of the very greatest masters of painting, in my opinion. And I may add that in this opinion Mr. Whistler himself entirely concurs.

I can hear the drumroll at the end of that!

Whistler, however, was offended and the two began verbally sparring in the press. Antics ensued, such as the famous exchange:


Oscar Wilde: "I wish I had said that"
Whistler: "You will, Oscar, you will."

This, of course, was a jab at Wilde's reputation for trying out all of his witticisms verbally and borrowing some from others. Wilde thought he was getting back at Whistler when he modeled Basil Hallward, the murdered artist in the Picture of Dorian Gray, after his one time friend. I'm not sure I get the joke because I really like that character and think it's terrible when he dies. 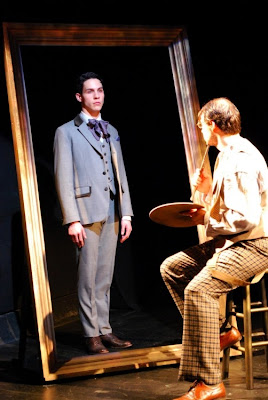 I wonder if other aesthetes recognized Whistler in the character of Basil Hallward. If you have more insights, feel free to comment or message me!