H.G. Wells and the OED 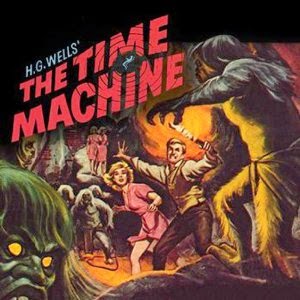 In honor of my side project, the Dictionary of Victorian Insults & Niceties, this post explores H.G. Wells contributions to the English language.

According to the Oxford English Dictionary, Wells is responsible for adding 53 words to the language, and he is sited excessively for demonstrating new or inventive uses of existing words. The most notable are as follows, in alphabetical order (of course!):

atomic bomb "Never before in the history of warfare had there been a continuing explosive; indeed, up to the middle of the twentieth century the only explosives known were combustibles whose explosiveness was due entirely to their instantaneousness; and these atomic bombs which science burst upon the world that night were strange even to the men who used them." - The World Set Free (1914)

Wells learned physics by reading William Ramsay, Ernest Rutherford, and Frederick Soddy; who uncovered the disintegration of uranium. Soddy, himself, was impressed after reading Wells' novel, which might have even influenced the development of nuclear weapons. Wells's "atomic bombs" are no stronger than high explosives that existed at the time, and are crude devices in comparison. eggless "Nor can we tell here at any length how these mournful spinsters, the two surviving hens, made a wonder of and a show, spent their remaining years in eggless celebrity." - The Food of the Gods and How It Came to Earth (1904)

This novel is mostly remembered through its 1976 film adaptation.

inacta "Edward Albert attempted an ironical whistle, but Mrs Butter held her position, intacta." - You Can't Be Too Careful (1941)

This word is a short form of the Latin virgo intacta,  meaning a woman of tremendous chastity, but used as an adjective to mean she was unaffected.

leftish "At first they served only for amiable exchanges between the writers of the same and different countries, but the violent persecution of Jewish and leftish writers in Germany, and an attempt to seize and use the Berlin Pen Club for Nazi propaganda, raised new and grave issues for the organization." - An Experiment in Autobiography (1934)

monkey parade "These twilight parades of young people, youngsters chiefly of the lower middle-class, are one of the odd social developments of the great suburban growths—unkindly critics, blind to the inner meanings of things, call them, I believe, Monkeys' Parades—the shop apprentices, the young work girls, the boy clerks and so forth, stirred by mysterious intimations, spend their first-earned money upon collars and ties, chiffon hats, smart lace collars, walking-sticks, sunshades or cigarettes, and come valiantly into the vague transfiguring mingling of gaslight and evening, to walk up and down, to eye meaningly, even to accost and make friends." - New Machiavelli (1910)

The New Machiavelli (1911) was serialized in The English Review in 1910. Because was about Wells's love affair with Amber Reeves, and satirized popular personalities, it was "the literary scandal of its day."

pre-atomic "The atomic bombs had taken him by surprise and he had still to recover completely from his pre-atomic opinions."  - The World Set Free (1914)

Well, if he was going to invent the literary atomic bomb...

teetotally "I lived through my Bohemian days as sober as Shaw if not nearly so teetotally." - An Experiment in Autobiography (1934)

'Teetotatally' sounds like something the class of Clueless would have said, if they were set in the 1890s. 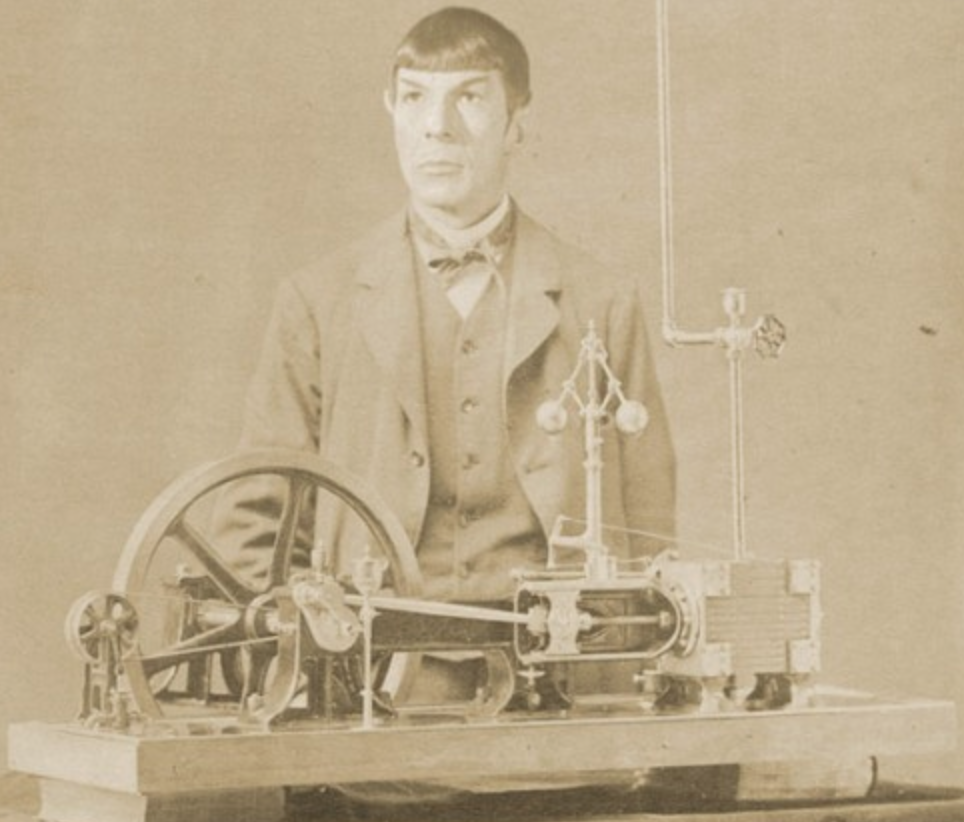 time traveller "‘There,’ said the Time Traveller, ‘I am unable to give you an explanation. All I know is that the climate was very much warmer than it is now.’" - National Observer (18 April 1894)

This means someone who describes a utopia.

The Dictionary of Victorian Insults & Niceties has its own blog now, and will only include words invented before 1900, but I thought these words were worth looking at anyway!