Riches to Rags: the Wilde Stories

If you've ever been broke, you are probably familiar with the way that it makes you feel, like there's something wrong with you, and the world despises you. Academically, we know this isn't true. Not having money isn't a character fault in and of itself. As the saying goes: "You can't control what happens to, but you can control how you deal with what happens to you."

The Wilde Family make an interesting case study in this phenomena when we look at the lives and misfortunes of Speranza and her two sons, Willie and Oscar Wilde. Each lost a fortune, and each dealt with it differently, with different consequences.

Speranza was Dublin's most popular socialite. Her husband was knighted. She lived in the best house. She had the most interesting guests, and the best parties. She loved culture, history, art, and Ireland. Her fortune dried up when she and her husband got caught up in a scandal, the details of which are still controversial. Her husband soon died, leaving her with little money.

In response, she packed up her house, and moved to smaller quarters in London, where she could continue to pursue her art. She did what she could to continue to support her family. She got a little support from her sons for a while, but their lives weren't going well either. She kept trying, until she was too old to try anymore. She continued to host her famous salons, and the most interesting people continued to attend.

Her son, Willie, was an alcoholic though, and alcoholics tend to drag their loved ones down with them, which Willie did. Speranza died in a room full of empty gin bottles, and Willie blamed his brother.

Willie also made a noble effort to prevent himself from descending into rags. A few years after he went bankrupt, he married the richest woman in America. That didn't go so well because of his drinking, and he wound up living with his mother, and claiming to take care of her. As you know, from Speranza's story, he didn't do a very good job of that.

After his mother died, he had to find a new place to live. He sold off most of his brother's belongings. He sold his wife's wedding ring. Eventually he died from alcoholism, and few of the wonderfully successful people he once called friends ever mentioned him in their memoirs. The newspaper he was a lead reporter for, at one time, barely mentioned his passing. 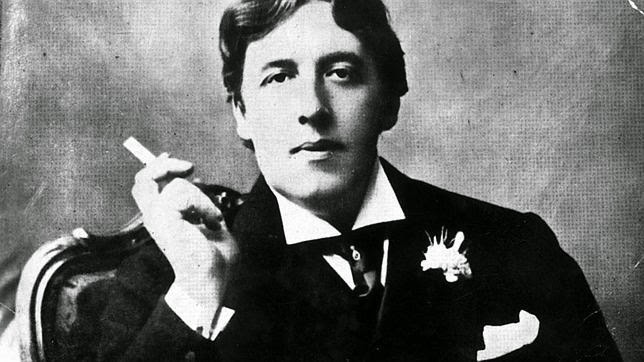 Oscar, on the other hand, continually tried to make everyone happy. In a way, that's how he got his money. He became a celebrity before he did anything, just because people liked him so much. His wife had money, which was helpful, and he was good at earning his own money, which he promptly spent on his friends and lovers.

Oscar Wilde's downfall was very public. He went from being a darling to being a demon, and he definitely felt terrible about the impact that this had on all the people he cared about. Oscar realized that we never suffer in isolation, but our suffering impacts everybody around us. His imprisonment, and the backlash against him, hurt his family, his friends, and his business associates. For this, he expressed his remorse.

When Oscar was released from prison, he was broke, worse off than his brother or mother had ever been, but the love that he gave to other people came back to him. His good friends did what they could to help support him, and, though he never really recovered from the losses he sustained at that time in his life, he is remembered with fondness because of the love he spread.