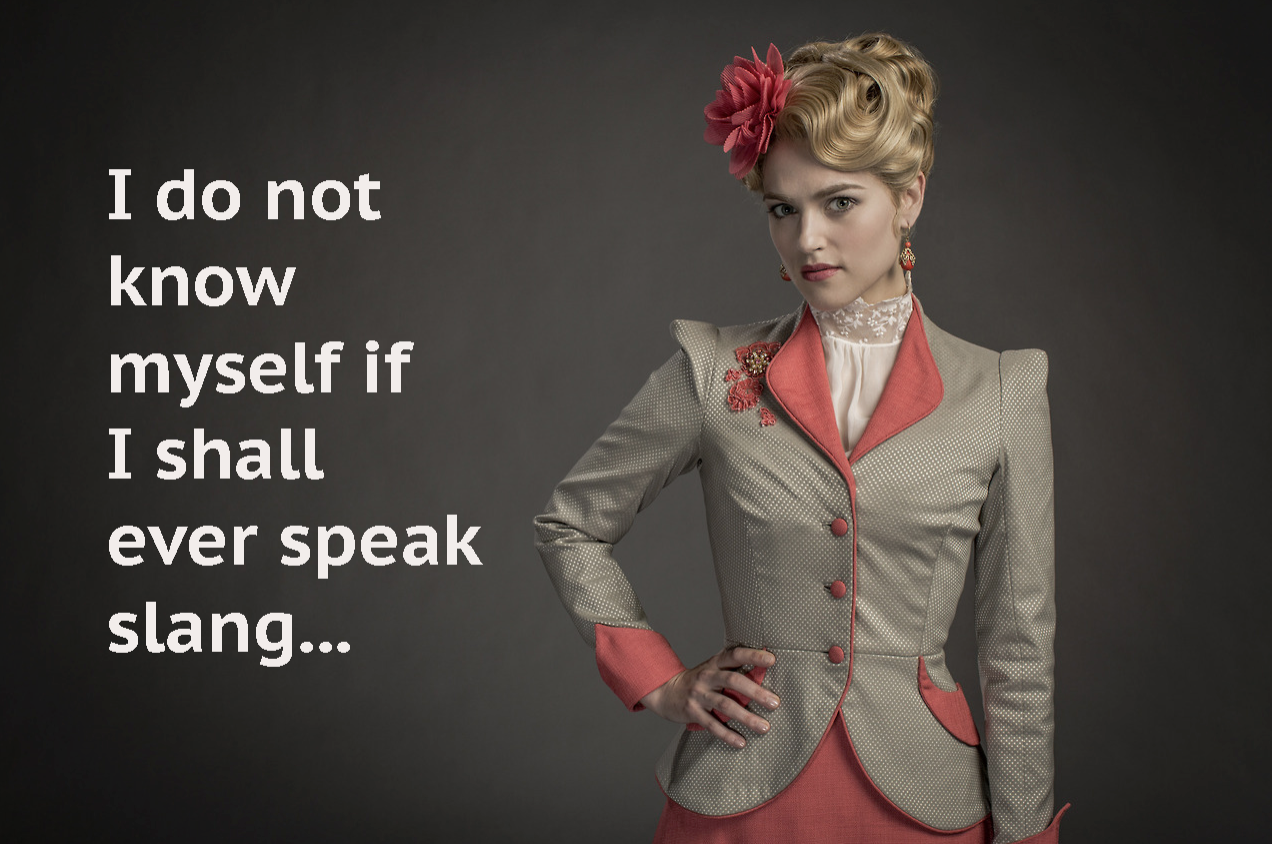 I must tell you beforehand that Mr. Morris doesn’t always speak slang—that is to say, he never does so to strangers or before them, for he is really well educated and has exquisite manners—but he found out that it amused me to hear him talk American slang, and whenever I was present, and there was no one to be shocked, he said such funny things. I am afraid, my dear, he has to invent it all, for it fits exactly into whatever else he has to say. But this is a way slang has. I do not know myself if I shall ever speak slang; I do not know if Arthur likes it, as I have never heard him use any as yet. - Bram Stoker, Dracula

In that passage from Bram Stoker's Dracula, Lucy is writing to Mina. In it, she provides a wonderful peak into late-Victorian usage of colloquial language, from an upper-class woman's perspective. Her description reminds me of when I first had to describe to my daughter the appropriateness of swearing:


"Certain words have the power to hurt people, some of those words also seem to amuse other people, and some of them are appropriate to use some of the time, but you have to be careful when using them. Pay attention to who you are speaking with, and never say anything like that in front of grandma, a teacher, or someone younger than you."

That's why Mr. Morris never speaks slang to strangers. He knows Lucy finds it funny, so he does it to make her laugh. As of yet, Lucy is not sure she will ever find an appropriate situation to use slang.

As a guide to late-Victorian use of slang, this passage is informed by gender and class. 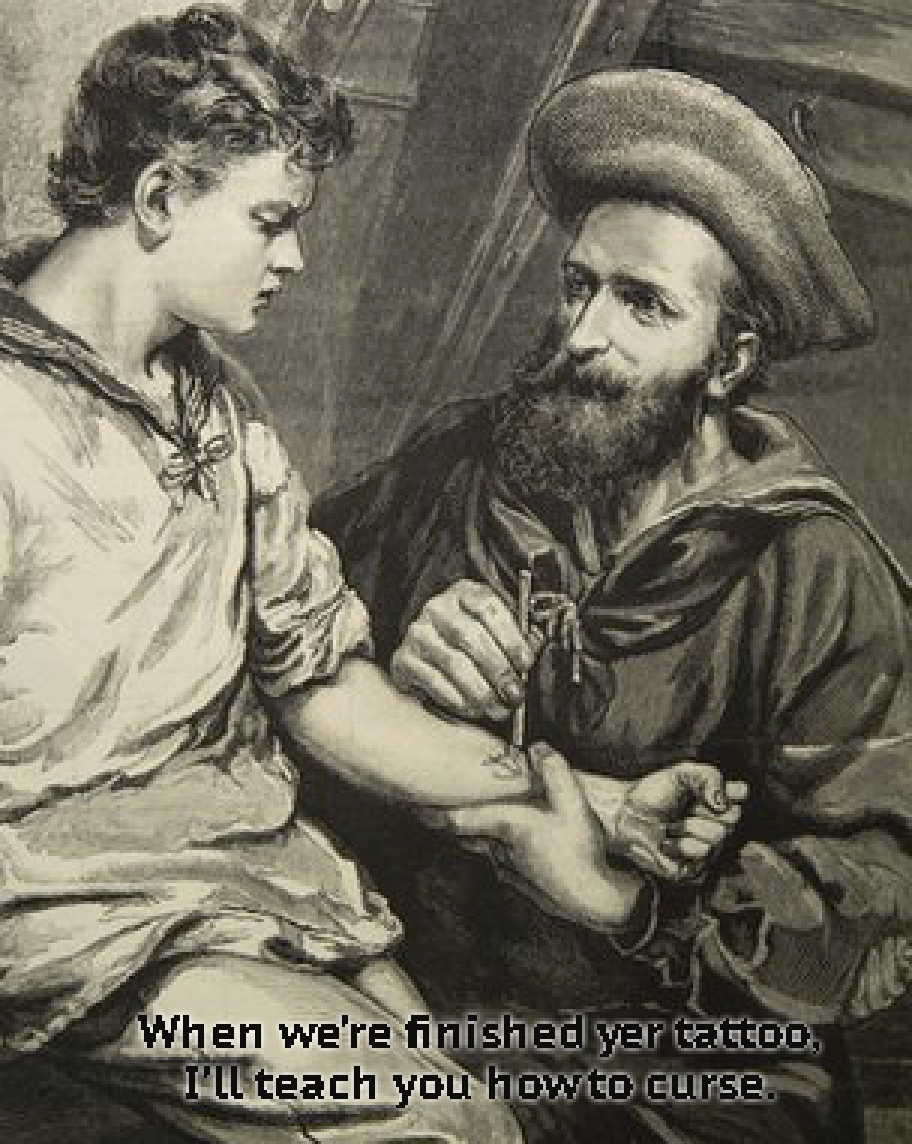 In Dracula, Stoker makes the old seaman speak in a phonetically-spelled Whitby accent, littered with colloquialisms.


“An’ when you said you’d report me for usin’ of obscene language that was ’ittin’ me over the ’ead; but the ’arf-quid made that all right. I weren’t a-goin’ to fight, so I waited for the food, and did with my ’owl as the wolves, and lions, and tigers does. But, Lor’ love yer ’art, now that the old ’ooman has stuck a chunk of her tea-cake in me, an’ rinsed me out with her bloomin’ old teapot, and I’ve lit hup, you may scratch my ears for all you’re worth, and won’t git even a growl out of me. Drive along with your questions. I know what yer a-comin’ at, that ’ere escaped wolf.” - Bram Stoker, Dracula

I've never enjoyed reading phonetically spelled dialects, but this passage adds to what Lucy has to say about colloquial language by offering a working-class male perspective. Even as a working-class man, he recognizes that some words are obscene, though he appears to have developed such a habit of using obscene words that he doesn't always remember to think about his audience when speaking.

Though this is just one late-Victorian writer's perspective on the use of Victorian language, it's something to consider when deciding whether a character you've set in the era would use the word 'fuck.'