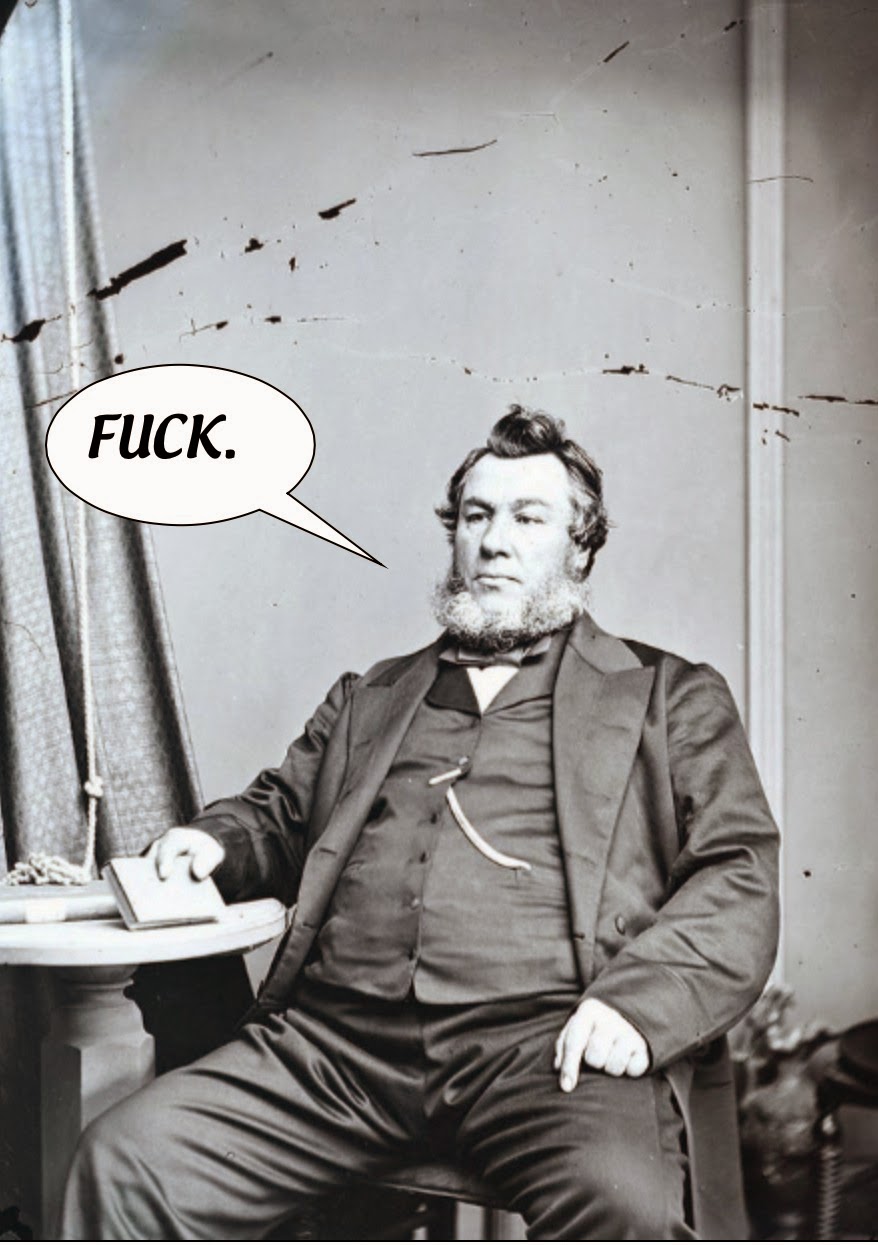 The word "fuck" was first published in 1568. It seems counter to the ideal of Victorian culture, but the F-bomb shocked and titillated Victorians. It frequently appeared in Victorian pornographic writings, such as Philocomus’s Love Feast (1865)


I was dying with want of a fuck.

And elsewhere in the same text:


At daylight we were a hollow eyed, fucked out couple.


The women had learnt a few English words explanatory of copulation—‘Me fuckee prick’ said one.

My Secret Life is the sexual memoir of a Victorian gentleman, called Walter. The first print only ran 25 copies. Subsequent copies were frequently suppressed, and subsequently pirated. Yet, the idea of "not giving a fuck" was Victorian, first appearing in print in George Augustus Henry Sala’s bawdy pantomime Harlequin Prince Cherrytop (1879).


For all your threats I don’t care a fuck. I’ll never leave my princely darling duck.

And fuck yourself appeared in New York in 1895.


By Senator Bradley: Q. Repeat what he said to you?
A. He said, ‘Go on, fuck yourself, you son-of-a-bitch; I will give you a hundred dollars’; he tried to punch me, and I went out.

The poor man had at last outwitted his careful wife and obtained a much longed for, fuckable cunt. - Charles Devereaux, “Venus in India” (1889).


I together with several other officers went over to Petersburg, got drunk and f—ked out. We staid two days and nights, you ought to have seen me going to bed with a gal.

The English writer Edward Sellon has the honour of introducing the term “fuckee” to printed language in 1866.


For make fuckee business, sahib, that girl who is splashing the other one would be too much good. 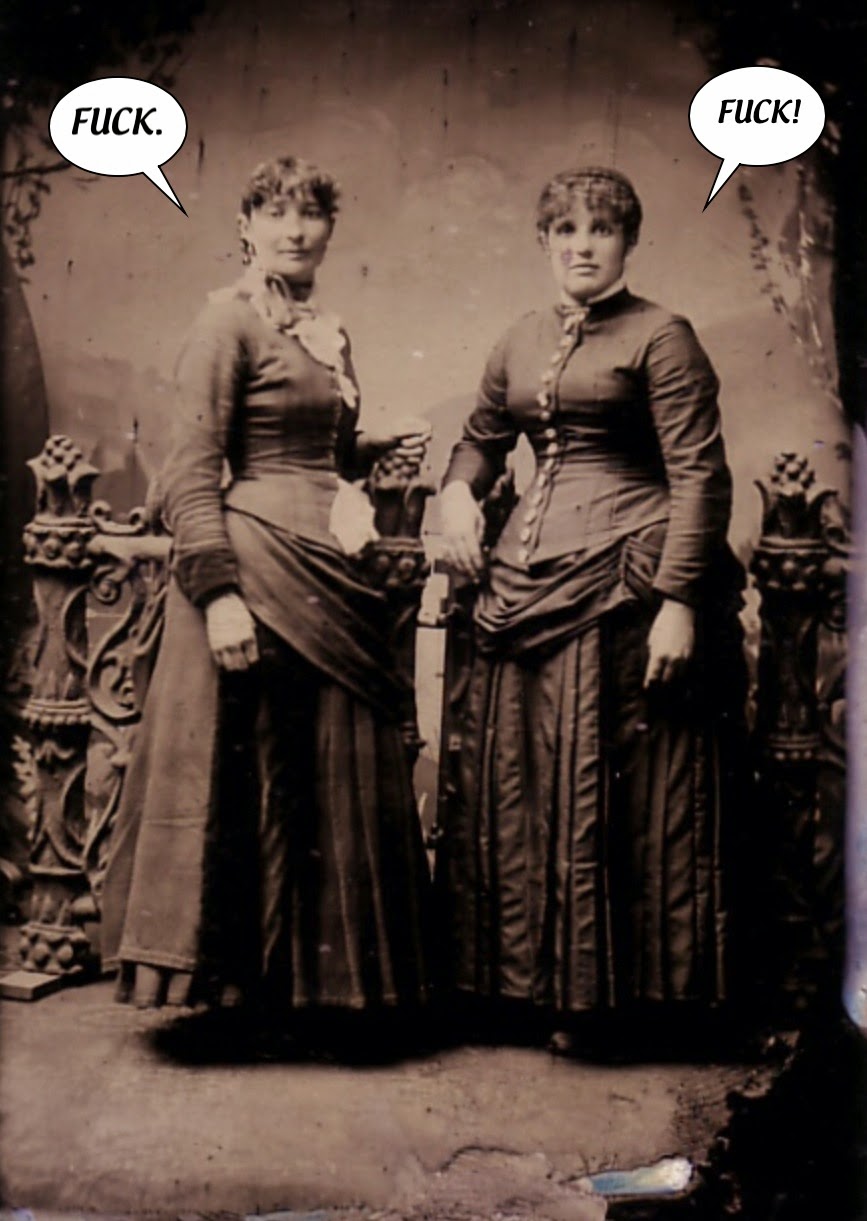 Even I find it frustrating, as one who studies Victorian writers, that most of Victorian recorded language is preserved in the printed word. Their movies were silent, after all. The printed word differs from the spoken word greatly. Lots of great speakers don’t write well. Writing takes time and thought. It’s also subject to editing and we are all aware of the prim message that Victorian were trying to leave for posterity’s sake.

As a rule, a gentleman would never say “fuck” in front of a lady, but there were other kinds of women. I don’t think a Victorian should, or was even likely to use coarse language in front of their mothers, but when they were drunk, slumming, or one of those poor creatures who lived in the slums. In reality, Victorians probably swore about as much as we do, using many of the same terms. 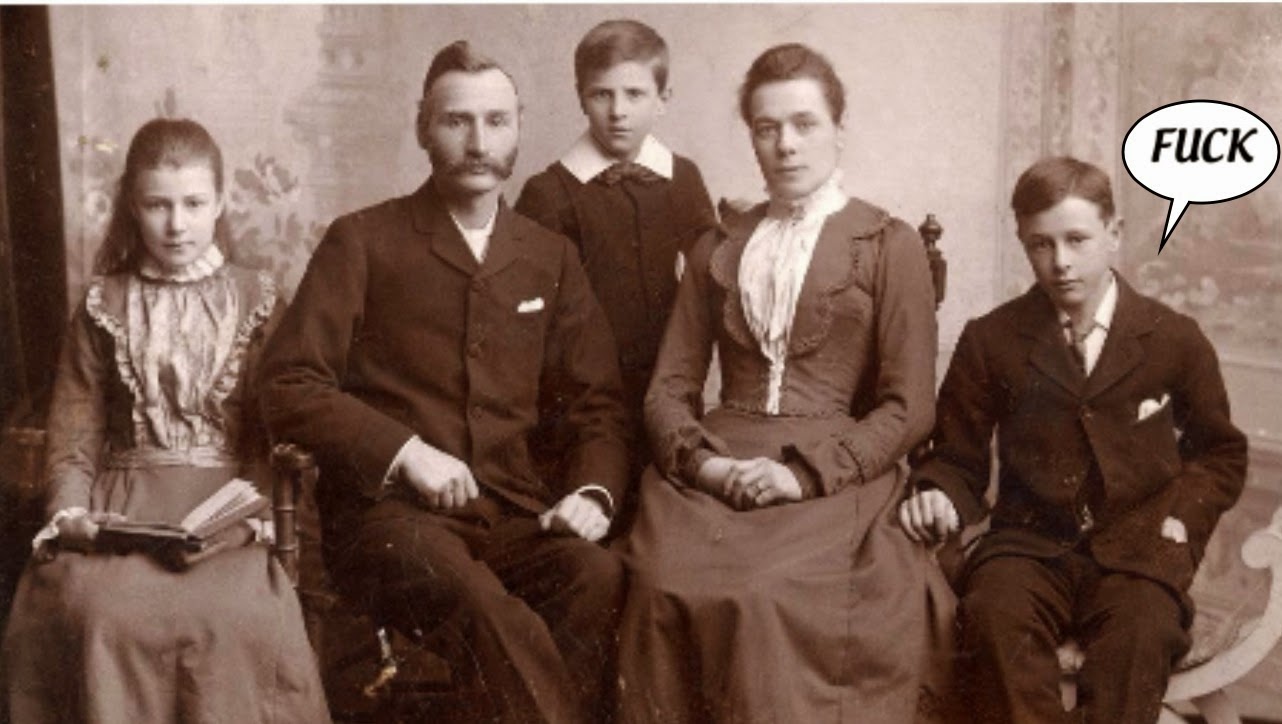 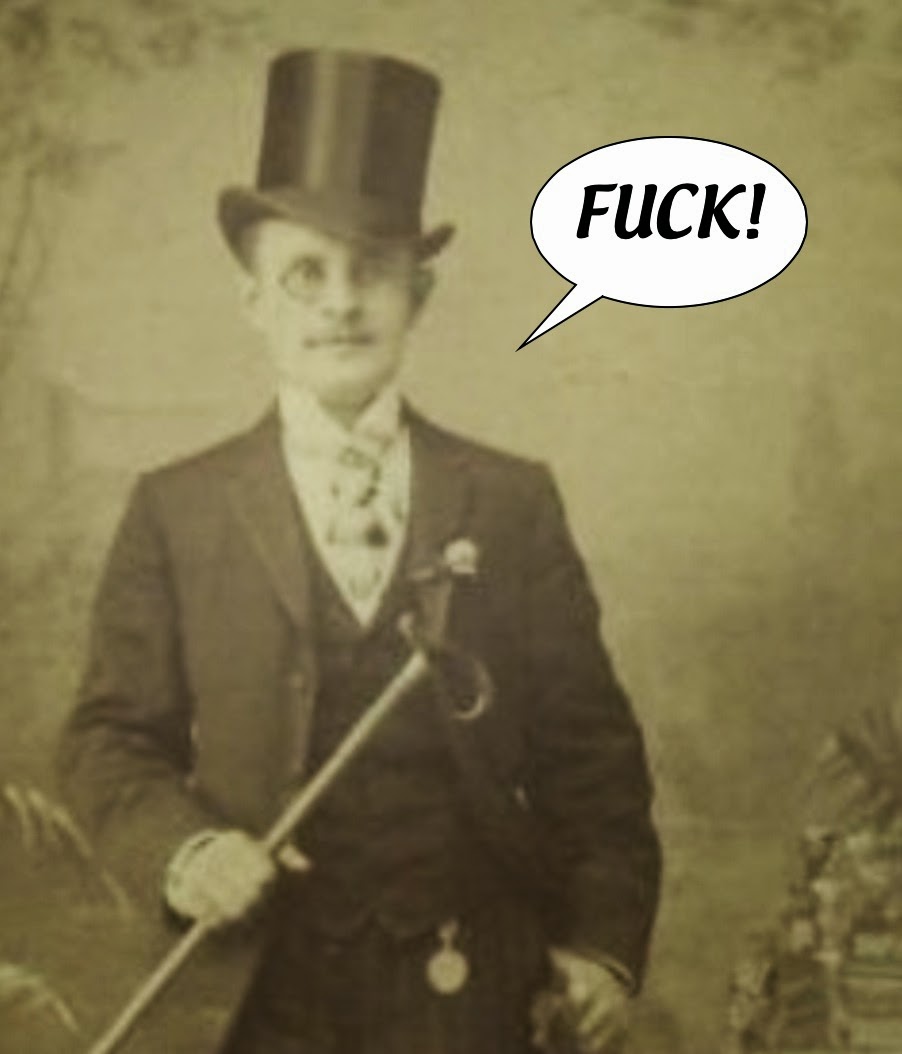