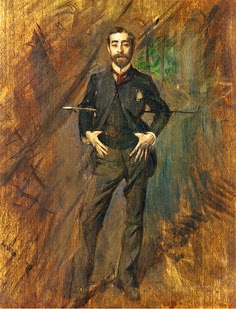 When you can’t decide what to wear, begin with your waistcoat. It was clearly the focus of any well-dressed gentleman’s outfit in the 1890s and beyond. Actually, they got started, in London, much earlier than that.

Though the origins of many popular articles of clothing remain ambiguous, the waistcoat’s first appearance in English society is dated precisely: 18 October 1666.


To Court, it being the first time his Majesty put himself solemnly into the Eastern fashion of vest changing doublet, stiff collar, bands and cloak, into a comely dress after the Persian mode, with girdles or straps, and shoestrings and garters into buckles...resolving never to alter it, and to leave the French mode" - John Evelyn (18 October 1666)

...the King hath yesterday in council declared his resolution of setting a fashion for clothes which he will never alter. It will be a vest, I know not well how - Samuel Pepys (October 1666)

This vest was the first English waistcoat. Evelyn called it “the Persian mode” because it was inspired by a visit to Shah Abbas court. Shah Abbas the Great was Shah (king) of Iran, and generally considered the greatest ruler of the Safavid dynasty. In exchange for military support against the Ottomans, Shah Abbas supported the English East India Company. Consequently, King Charles II got his fashion sense from Shah Abbas. 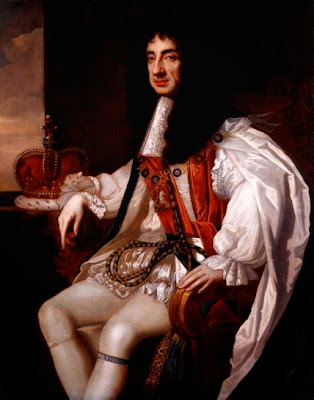 Pepys calls the King’s waistcoat a vest. There are two theories on where the term “waistcoat came from.” One posits that they were often made from the material left over, after making a two-piece suit: a waste coat. Alternatively and more plausibly, the term comes from the cutting of the coat at the waist.

The waistcoat’s popularity among the corsetted dandies of the early nineteenth century, who were buying into a then popular body ideal that men should have more slender waistlines, also furthers the plausibility of the term "waistcoat" initially referring to the waist. 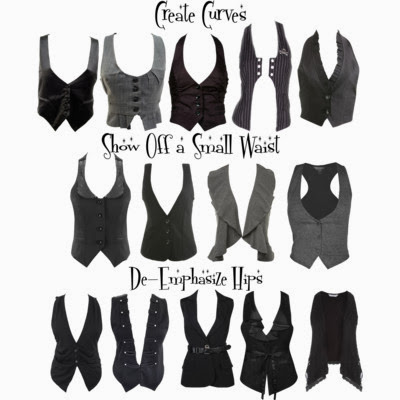 I believe that waistcoats saw their heyday in the seventeenth and eighteenth centuries because that is when we find the most elaborate and colourful designs. By the nineteenth century, people wants to appear more conservative than their predecessors, until the 1880s and 90s. 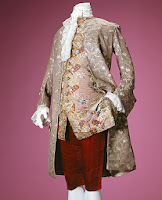 This period saw a revival of elaborate male dressing through the aesthetic movement in England. A single-breasted waistcoat would be worn with a lounge suit, during the day, usually of the same material as the suit. For formal evening wear, a tailored, longer waistcoat is usually required, with three rows of buttons, all of which are to be fastened. The colour of your evening waistcoat ought to match your tie rather than your suit. If you were an 1890s male, looking to get your fashion on, the waistcoat was a great place to begin, as your aesthete contemporaries explored new fabrics and colours in the waistcoat’s design. 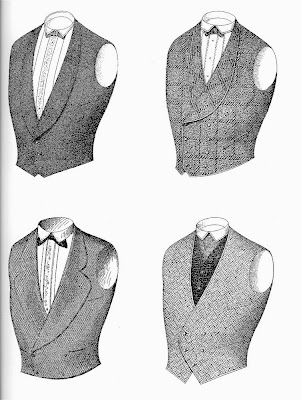 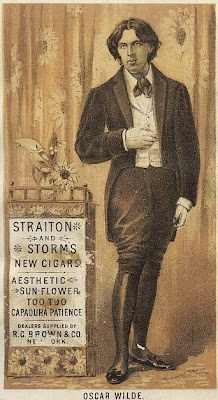 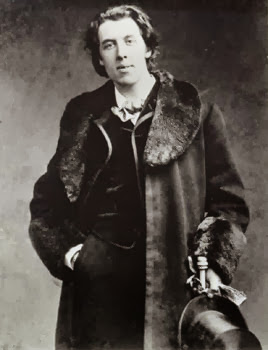 For more information on historical dress, check out this free ebook. Or check out my post on deciding what to wear over that waistcoat of yours!