Dracula and the Dow Industrial Index 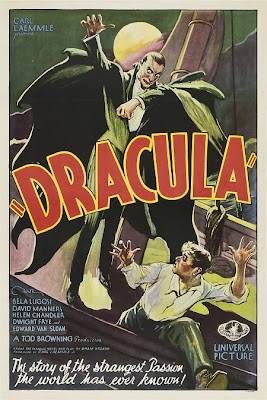 When I think of Bram Stoker's novel, Dracula, I think of Victorian science, technology, and gothic warnings about vice. This year, I was surprised to see that on the anniversary of the publication of Dracula, Daily Finance's Investor Center compared Dracula and the Dow Industrial Index:


Bram Stoker's Dracula was published for the first time on May 26, 1897. Arriving exactly a year after the first publication of Charles Dow's industrial index, the tale of a charming vampire from Transylvania had a similar effect on pop culture as Dow's index had on stock market culture. While it wasn't an immediate best-seller, the novel's influence on early filmmaking led to an explosion of interest in vampire stories that continues to this day, to the chagrin of many husbands and boyfriends. Stoker's creation, and the worldwide pop-culture craze it spawned, has added an estimated $10 billion to the economy, according to one "very conservative" estimate by 24/7 Wall Street's Jon C. Ogg. 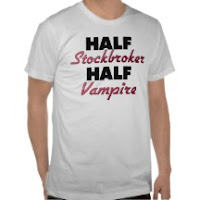 I hadn't made the link between the two before. Of course, the anniversary dates are a coincidence in timing, but the fact that the Dow Industrial Index was still a babe reflects on the climate Bram Stoker was writing in and why Dracula is also seen as an early example of techno fiction.

Technology is a major theme in the novel, which is written in an epistolary style, during the throws of the industrial revolution when crackpots everywhere were clamouring to have their work recognized as science. The elevated place of science must have danced with Stoker's love of all things mystical, such as the Hermetic Order of the Golden Dawn, producing the kind of environment where a specialist could very reasonably be called in to research supernatural phenomenons.