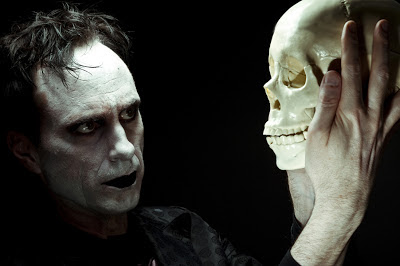 In spite of the fact that Bram Stoker's lasting fame is inextricably linked to Dracula, Stoker was most proud of and most dedicated to his work in the Lyceum Theatre for Sir Henry Irving. While Stoker's notes on Dracula, the original manuscript, and even his own personal diaries have been difficult or impossible to track down, Stoker published his memoirs or Personal Reminiscences on the subject of Henry Irving.

Stoker lived for his work with Irving and he had lots of reasons to. His pretty young wife longed to be an actress, but the career was too controversial for her and she may have lacked the talent. Stoker's father was a giant pushover and loathed the idea that his sons might follow in his footsteps, which usually ensures that they will; hence, sucking up to Irving might have just been in Stoker's nature. Also, the Lyceum in the 1890s was the hottest place for London Society to meet and mingle; Irving was the rockstar actor of his day and was the first English actor to be knighted for achievements in his field. 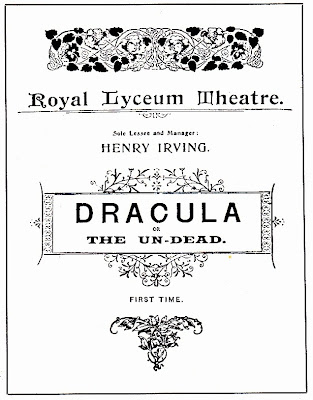 That being said, the Lyceum presented more Shakespeare than anything else. Irving played the Bard's starring roles, most notably, Hamlet. And all of this got me thinking that some of this Shakespeare must have seeped into Stoker's famous novel. Of course and luckily, I wasn't the first to think of this.

Kelly K.'s EN 122 Blog provides a light and entertaining analysis of the Bard's influence on Dracula.


Without Shakespeare, Van Helsing, a doctor and central character in Dracula, would not be named Van Helsing or hold the characteristics he does. This character’s name originates from the Danish name for Hamlet’s castle, Elsinore—Helsingor, or island of Helsing. Bram Stoker, the author of Dracula, selected to use “Helsing” to represent Van Helsing’s character due to the doctor’s strong and impenetrable personality that is much like the walls of the castle, Elsinore. Also, Van Helsing himself is like Elsinore where he keeps his emotions in, much like Claudius, King of Denmark and father/uncle to Hamlet, keeps him inside Elsinore’s walls. For instance, in chapter ten of Dracula, while he draws blood from Dr. Seward and observes it pour into Lucy Westenra, Van Helsing remains composed and undemonstrative. Without Hamlet, a creation of Shakespeare, Van Helsing would not bear his name or have the characteristics he embraces.

Since reading this, I haven't been able to shake the image of Van Helsing as a sulky prince.

Shakespeare is the reason Dracula’s plot and characters exist. Without Shakespeare’sHamlet and Macbeth, Van Helsing would not bear his name nor carry the characteristics he does, Harker would never suspect Dracula to be anything other than human, he would never have been prisoner, he would have never contemplated death, and Harker wouldn’t have tried to save his poor Mina. Shakespeare should be mandatory to study simultaneously or prior to Dracula because they are so similar and based off of one another. Without Shakespeare, Dracula would not exist.

I don't know if I would go that far, but it's hard to say that Stoker wasn't influenced by Shakespeare. Everything in our lives can be said to influence us in some way and Shakespearean theatre is one of the things that Stoker was immersed in, while he was writing Dracula. He says so himself in Personal Reminiscences:

Henry VIII. was produced on the night of Tuesday, January 5, 1892, and ran at the Lyceum for two hundred and three perform- ances, ending on November 5. Its receipts were over sixfy-six thousand pounds.

There is another view of Hamlet, too, which Mr. Irving seems to realise by a kind of instinct, but which requires to be more fully and intentionally worked out. . . . The great, deep, underlying idea of Hamlet is that of a mystic. ... In the high-strung nerves of the man; in the natural impulse of spiritual susceptibility ; in his concentrated action, spas- modic though it sometimes be, and in the divine delirium of his perfected passion there is the instinct of the mystic, which he has but to render a little plainer in order that the less susceptible senses of his audience may see and understand.