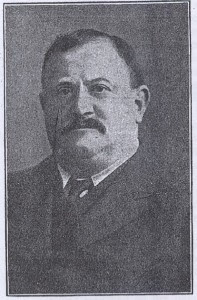 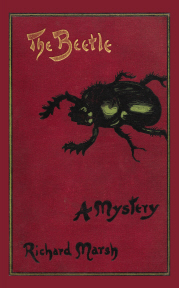 The Beetle (1897) by Richard Marsh wildly outsold anything Bram Stoker ever wrote. Richard Marsh was the nom de plum of author Richard Heldmann, one of the most prolific writers of fin de siècle English literature and he looks a little like Stax, from Doctor Who. Richard Marsh's selected bibliography consists of a long list of titles hardly anyone has heard of today. 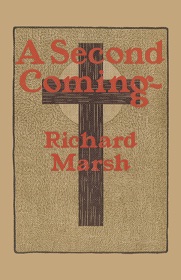 While The Collected Supernatural and Weird Fiction of Richard Marsh is available in several editions today, his contemporaries compared him to Charles Dickens and Edgar Allan Poe. The range and creativity in his subject matter leads me to suspect that he was somewhat the Stephen King of his time. For example, A Second Coming imagines the return of Christ to turn-of-the-century London and begins:

'If,' asked the Man in the Street, 'Christ were to come again to London, in this present year of grace, how would He be received, and what would happen?'
'I will try to show you,' replied the Scribe.
These following pages represent the Scribe's attempt to achieve the impossible.

And it has its funny moments of Victorian English bigotry:

Christ's name was in the air, the topic of the hour. The Stranger's claim was, of course, absurd, unspeakable. He was an impostor, some charlatan; at best, a religious maniac. Similar creatures had arisen before, notably in the United States, though we had not been without them here in England, and Roman Catholic countries had had their share.

Richard Marsh has been brought back from relative obscurity by the Richard Marsh Network and the community that celebrated the 20 years he spent living there, Three Bridges; Three Bridges is a neighbourhood within the town of Crawley, in the county of West Sussex in England. It leaves me wondering what writers from the 1990s we will still be reading in 100 years and whether anyone would run a campaign, at that point, to bring back Stephen King.

Update: in my post on education, I realized that I've barely begun to scratch the surface when it comes to Richard Marsh. Before Google, it was relatively easy for people to conceal parts of their past, or their family's history. Marsh began using his pen name to conceal his criminal past. His descendants propagated a myth (that may or may not have originated with Marsh himself) that he attended Oxford and Eton, which is simply not true. There's something fascinating about the parts of people's lives that make them lie like this, that make them, in some ways at least, try to become someone other than who they are.