The Victorian (and pre-Victorian) Pug Cult

The rise of the pug cult is popularly traced back to when the British found pugs in the Chinese Imperial Palace during their invasion of China in 1860 and brought them back to England, where black pugs, in particular were made popular by someone called Lady Brassey. "Lady Brassey" probably refers to the travel writer and Baroness, Anna Brassey, who died in 1887. Though it is said she presented a black pug at the Maidstone show in 1886, just a year before her death.

Soon after Brassey made them cool, Queen Victoria became fond of the breed. She had several and it was through her involvement in breeding pugs that the Kennel Club was established in 1873. It was, consequently, a pug who won the first best in show of the Westminster Kennel Club in 1877.

Dog fancying is linked to the Victorian cult of domesticity, supported by the Queen, who commissioned a painter, specifically Charles Burton Barber, to capture her beautiful dogs (and others) on canvas.

According to one blogger, other artists followed suit with amazing results: 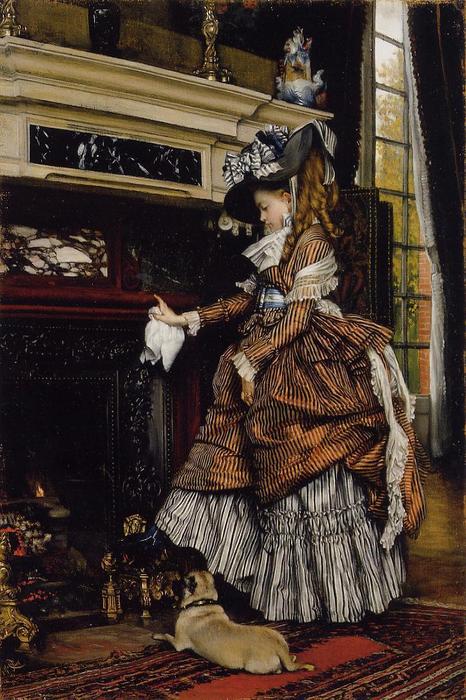 I've been wearing mostly jeans, and one blazer has already had a few threads pulled since I got my own little brindle pug a few weeks ago, so I am astonished at that dress. All of the pictures above depict scenes of feminine domestic bliss in the typical Victorian fashion: women and children in household settings with their pets. But, as with everything in the nineteenth century, nothing was as simple as it seemed. 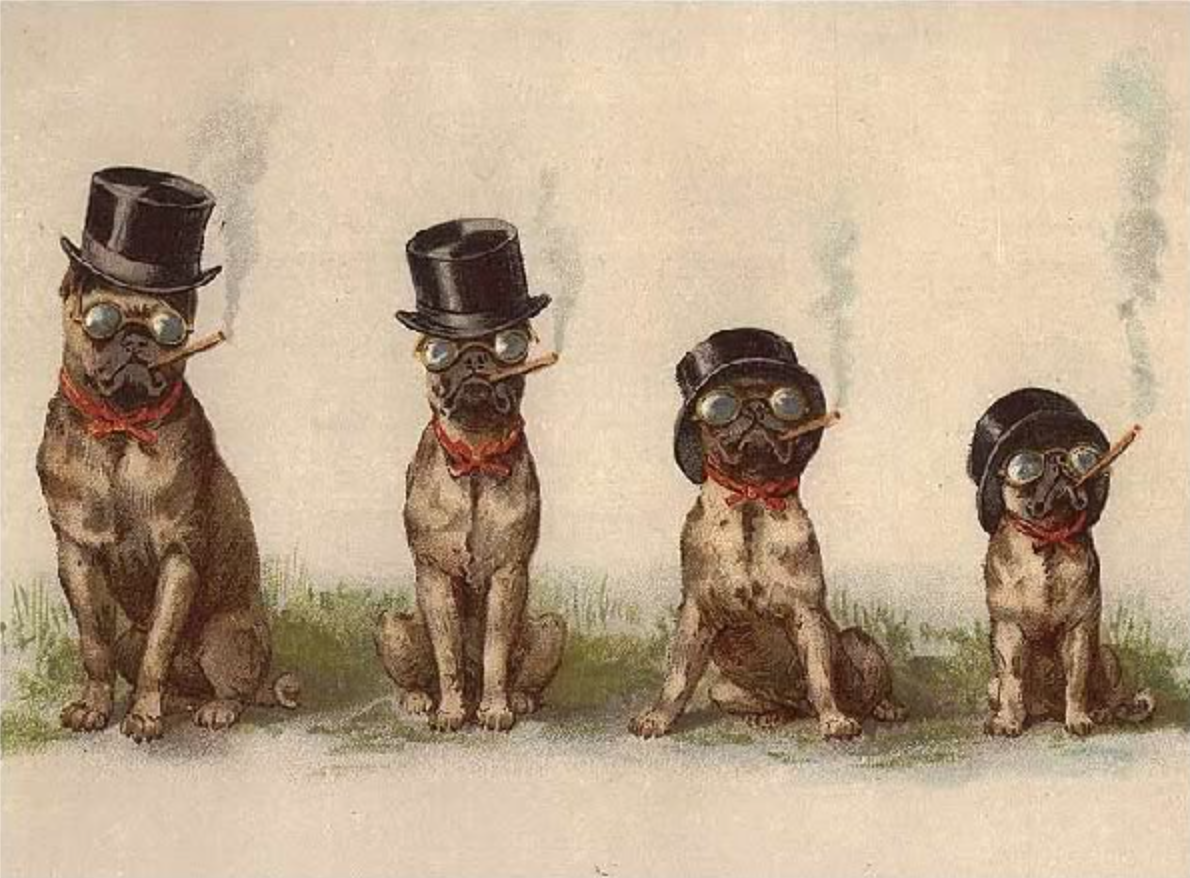 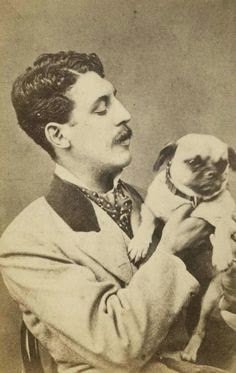 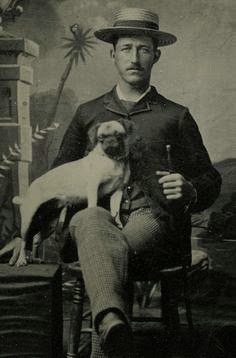 Before Victorian England embraced them, pugs were part of a very masculine culture in continental Europe and this is where it gets really weird. 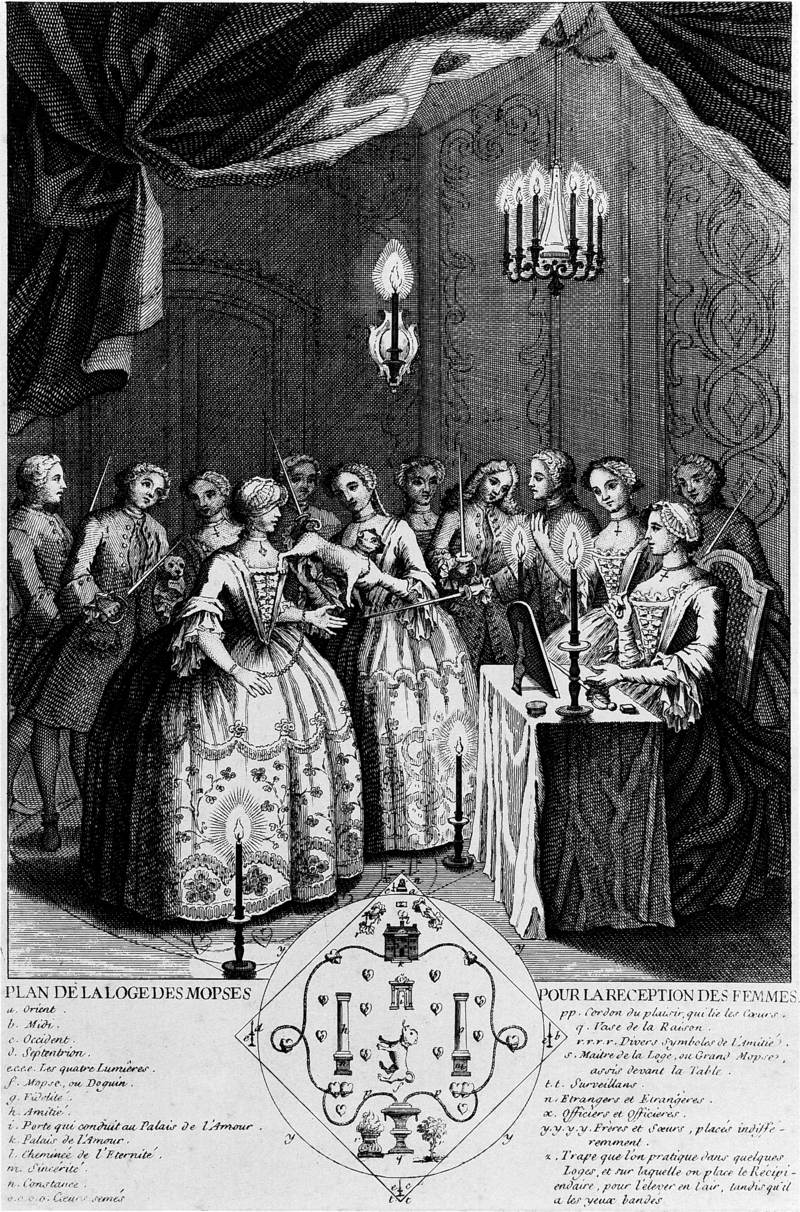 The Mops-Orden (German for the "Order of the Pug" was a Catholic para-Masonic society that was supposedly founded by Klemens August of Bavaria in 1740 to bypass a papal bull. To the Order of the Pug, the pug represented loyalty, trustworthiness and steadiness, whereas now they are known primarily for their flat faces and love of cheese. Those who belonged to the Order of the Pug were called Mops (Pugs). New members underwent an initiation process that involved wearing a dog collar and behaving, in various ways, like a dog: scratching at the door to get in and kissing a porcelain pug's bum.

The secrets of the Order of the Pug were exposed in Amsterdam in 1745, but it took three years for anyone to ban them (maybe it took that long for them to take it seriously). However, it is rumoured that the Order was active until 1902.

Before the British Invasion in 1860, pugs were imported to the European continent by the Dutch East India Company. The dogs have a long history in China and are considered one of the oldest and most loyal breeds, housed only in Tibetan Monasteries and by members of the Chinese Imperial household.

Aside from Queen Victoria's pugs, Minka, Venus, Rooney, Olga, Fatima and Pedro, the most famous pug in European history is probably a little guy, called "Pompey," who, contrary to Monty Python lore, expected the Spanish Inquisition and alerted his master the Prince of Orange William the Silent to their arrival in 1572, thereby saving his life.

So while it is popular to trace the pug cult back to Queen Victoria and Lady Brassey, it has most certainly been around a lot longer than that!

If you have enjoyed the work that I do, please support my Victorian Dictionary Project!
Posted by Tine Hreno at 7:03 AM