The narrator in my book was a real woman, not a famous woman, not a talented woman, not an especially pretty woman, though it is said that she had nice lips and looked like a lily. She came from a respectable home, but didn't always do respectable things. I don't think she was a prostitute of any kind, but I think she may have met a few. I know there were many other women like her in the 1890s, but it is so difficult to find information about them because of the overwhelming urge for these women to appear "respectable."

I know that not all Victorian women were obsessed with being respectable. Oscar Wilde's mother disliked the term “respectable” and wouldn’t have anyone respectable in her house. She went by the name Speranza and liked shocking people. Still, many people respected her.

I'm not denying that many Victorians were obsessed with respectability. Bram Stoker, who was a close personal friend of Speranza, lived out his life in a sexless marriage and there's no evidence of him ever hiring a prostitute (though he might have actually been gay - don't believe me? Google his relationship with Walt Whitman...).

What I am saying is that for these Victorians, obsessed with respectability, maybe their obsession with it was part of the trap. Being a middle-class women probably meant that there was a lot of pressure on a woman to follow her family's wishes and avoid saying and doing dozens of things every day, but it didn't mean they all avoided those things all of the time. These Victorian women paid for their transgrassions, socially, see Degeneration, Decadence & Drink, but I don't think we can sum up a culture so easily. 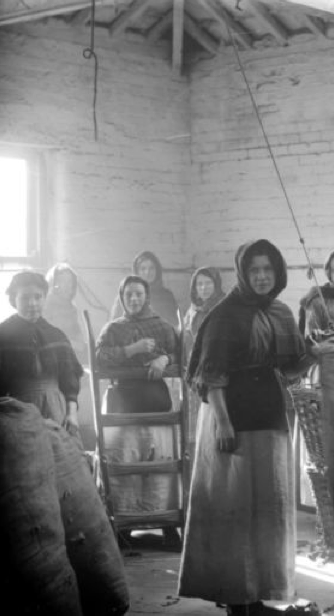 "In order to merit protection a woman had to be obedient, submissive, and incapable of defending herself. Chivalry was reserved for those women who both needed and deserved protection -- a relatively select group. The right to protection was based on the assumption that women were weaker, softer, and generally very different from the strong men who protected them. Therefore protection was often reserved for middle class women. While it was possible for a working class woman to be respectable, some of the more delicate aspects of the feminine ideal were clearly beyond her." - Caroline Conley

We know from court records that most sexual assaults against women happened in the home. Most of these were by someone that was known to the victim. We also know that this kind of vulnerability did not fit with the Victorian ideal of respectability and didn't make those women any more worthy of the chivalrous protection of her male relatives. In many cases that went unreported, there are documents that indicate many women were even forced to mary their attackers.

Yet, as Conley asserts, it was possible for a working class woman to be respectable. Indeed, there was likely a working-class version of respectability, that may fit into some of the gray areas I wish to explore. Now, just because the rest of this blog post is about prostitution doesn't mean that I think that there wasn't a huge gray area between angel of the household and prostitute. My narrator wasn't either. She was just a woman, but the rest of this post is about prostitutes. 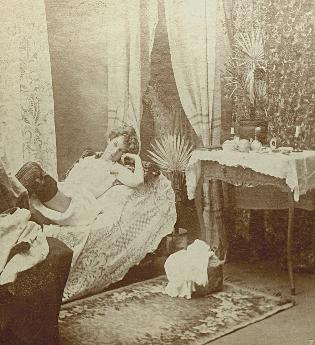 As Mike J. Higgins says about male sexuality at this time, "Different contexts brought out different types of sexual behaviour." Unless we are talking about male homosexuality, we are also discussing women's sexuality when we talk about men's sexuality and I think that Higgins' observation is incredibly astute, especially when we consider the different spheres women were expected to operate within. 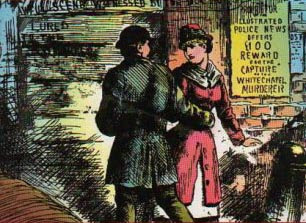 The ideology of the angel of the household restricted the way that many middle-class women performed their identities. It also changed the way that men interacted with them. In a letter to the Times (4 November 1847), "Joseph" writes:


I doubt if it ever occurred to any man to attempt the seduction of a woman whom he really believed to be modest and virtuous.

For a man to call an unmarried middle-class woman (angel of the household) by her first name, implied that he wanted to marry her! Meanwhile, many poor and working-class girls were called by their first names all the time. A poorer woman named Kathryn might have been called Kate, but "Kate" was also a slang term for prostitute!

Through my research, I'm growing to believe that poor and working-class women "turned tricks" because it was expected or assumed. The context, in which poorer women lived, was one, in which men behaved differently toward them than they would the "purer" angel of the household. I've also grown to believe that the more middle-class a prostitute was the greater her physical mobility throughout social spaces. 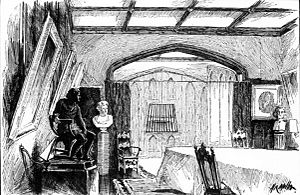 Please, if you disagree with any of these thoughts, let me know. The quality of my story depends on it!