First published as Entartung (1892), Max Nordau’s major work was published in English as Degeneration in 1895. In Degeneration, Nordau transfers Bénédict Augustin Morel’s notion of degeneracy to the arts circles of his time, suggesting that authors and artists are as degenerate as criminals, prostitutes and lunatics. 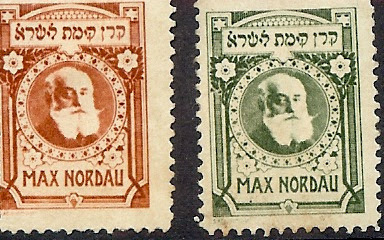 Some of what we call fin-de-siècle decadence, Nordau called degeneration. This decadence was also on trial in 1895, along with anything else that had to do with Oscar Wilde. Decadence and degeneration are two of the major themes that I'm most interested in the artists and writers of the 1890s. It permeated every aspect of the aesthetic life from fashion to diet to decorating and consumption. Nordau observed this in Degeneration, which, historian, Steven E. Ascheim describes as:


...a veritable diatribe of cultural criticism that characterized virtually every modernist fin-de-siecle current as a symptom of exhaustion and inability to adjust to the realities of the modern industrial age.


I can't imagine fully tackling all of Nordau's views on the aesthetic movement in a single blog post. Nor am I interested in fleshing out the coincidental timing of the release of Nordau's work in London with regards to Wilde's trials, though I find it interesting enough to note and wish to further add that Nordau actually mentions Wilde in his work, asserting that Wilde considered himself above morality. Here, however, I intend to just lightly touch on some of Nordau's ideas, as well as what Wilde, Bram Stoker and H.G. Wells had to say, about why writers drank. 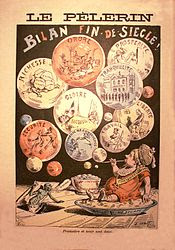 The full-text of Degeneration is available here and I'll begin with a quote from it. Nordau writes:


WE have recognised the effect of diseases in these fin-de-siecle literary and artistic tendencies and fashions, as well as in the susceptibility of the public with regard to them, and we have succeeded in maintaining that these diseases are degeneracy and hysteria. We have now to inquire how these maladies of the day have originated, and why they appear with such extraordinary frequency at the present time. Morel, the great investigator of degeneracy, traces this chiefly to poisoning. A race which is regularly addicted, even without excess, to narcotics and stimulants in any form such as fermented alcoholic drinks, tobacco, opium, hashish, arsenic which partakes of tainted foods (bread made with bad corn, which absorbs organic poisons (marsh fever, syphilis, tubercu-losis, goitre), begets degenerate descendants who, if they remain exposed to the same influences, rapidly descend to the lowest degrees of degeneracy, to idiocy, to dwarfishness, etc. That the poisoning of civilized peoples continues and increases at a very rapid rate is widely attested by statistics. 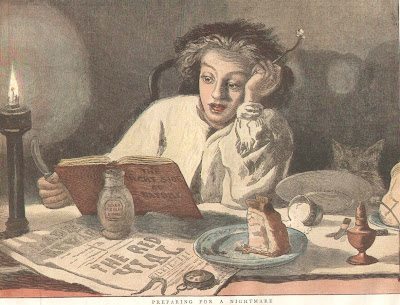 When I read that, I can't help but feel there is something very modern about it. If we didn't feed our children gluten or non-organic dairy, if we didn't smoke or drink, we wouldn't have problems with ADHD and depression. Of course, I think there's some (just a little bit of) wisdom in Nordau's words. I don't want to eat arsenic tainted food and drugs are bad for you, but I hesitate. Are drinking and drugs a symptom or the problem? 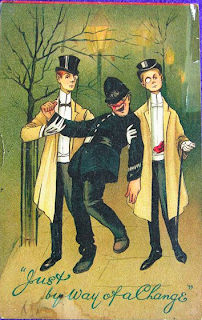 
The drinker (and apparently the smoker also) begets enfeebled children, hereditarily fatigued or degenerated, and these drink and smoke in their turn, because they are fatigued.

Fatigued, respiratory conditions and fetal alcohol syndrome, I say potato and Nordau says patatto. But then, I love Victorian words for alcoholism and alcoholics. Nordau throws in a little misogyny for good measure.


The erotomaniac 'degenerate' stands in the same position to the woman as a dipsomaniac to intoxicating drinks. Magnan has given an appalling picture of the struggles waged in the mind of a dipsomaniac by the passionate eagerness for the bottle, and the loathing and horror of it.

Now, I've been mocking Nordau, but the essence of what he says in that last quote is ahead of its time - that is until later when he equates "dipsomania" or "madness for drink" with all of the other madnesses of his time, including: "aichmophobia" the fear of pointed objects; "arithmomania" the madness for numbers; and "oniomania" a madness for buying (I really like that last one). Though the Victorians had their crazies and their teatotallers, they didn't really understand alcoholism or addiction as a disease. In the quote above, Nordau recognizes the struggle of addiction, as if he sat in on one of today's AA meetings. Only a few doctors in the 1890s, mostly working with Dr. Norman Shanks Kerr (1834-1899) thought of abstinence from alcohol as a cure for "dipsomania." 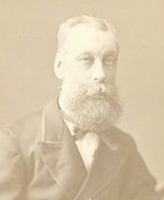 Kerr was recognized in London as an avid support of the Temperance Movement and was a strict teatotaller. His was the radical idea that the only permanent cure for sever alcohol withdrawal (delirium tremens) was to stop drinking permanently. Oh course, he still treated the symptoms of alcohol withdrawal with opium, but who's perfect?

Wilde preferred opium to alcohol, but understood that:


Alcohol, taken in sufficient quantities, may produce all the effects of drunkenness.

Nordau, somewhat rightly, believed that Wilde achieved more through his personality than through any effort or work. Nordau recognized Wilde as the representative of the Aesthetic Movement in England. Meanwhile, in The Picture of Dorian Gray, Oscar Wilde writes:


Beer, the Bible, and the seven deadly virtues have made our England what she is.


The problem with some people is that when they aren't drunk, they're sober.

H.G. Wells advised against taking alcohol regularly and compared it to polite conversation: 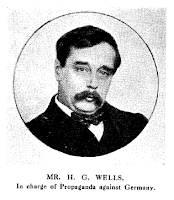 Speech, no doubt, is a valuable gift, but at the same time it is a gift that may be abused. What is regarded as polite conversation is, I hold, such an abuse. Alcohol, opium, tea, are all very excellent things in their way; but imagine continuous alcohol, an incessant opium, or to receive, ocean-like, a perennially flowing river of tea! That is my objection to this conversation: its continuousness.

In my research, I got onto this topic in response to the question: why do writers drink (there's a new book about it and here's a review). But Wells gives me no reason to assume that writers drink with more enthusiasm than anyone else. Bram Stoker's first book, The Primrose Path, is a moralistic romance novel about a protagonist who succumbs to alcoholism and eventually lets it ruin his life. Stoker was known to have practiced moderation in all things. Perhaps, the question I better ask might be: why would writers drink.
When I talk to other writers, artists and even academics, the guilty truth we share is that it feels like we are living the dream. Wells reinforces that notion In a Modern Utopia (1905):


The conditions of physical happiness will be better understood in Utopia, it will be worth while to be well there, and the intelligent citizen will watch himself closely. Half and more of the drunkenness of earth is an attempt to lighten dull days and hopelessly sordid and disagreeable lives, and in Utopia they do not suffer these things. Assuredly Utopia will be temperate, not only drinking, but eating with the soundest discretion

And yet, inside that passage there is a certain hedonism. Is it hedonistic to have all of what you want?


Good heavens, my dear boy, don't look so tragic! The secret of remaining young is never to have an emotion that is unbecoming. Come to the club with Basil and myself. We will smoke cigarettes and drink to the beauty of Sibyl Vane. She is beautiful. What more can you want?

In that passage from The Picture of Dorian Gray, we have hedonism in the form of drinking, smoking and the pursuit of sex. We have the idea that getting what you want should make you happy. Does having everything you want and not being happy make you feel guilty? Do people drink because they are unhappy? 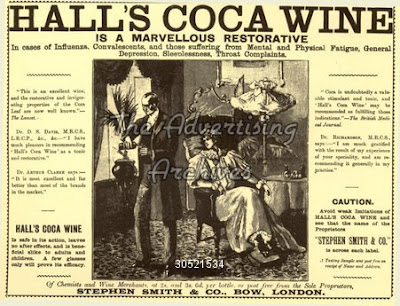 I digress for fear of running into a long meditation on happiness and self-medication. Self-medicating is, I think, what Nordau felt the degenerate thought he or she was doing by drinking. He just found artists more despicable for finding it beautiful.

To that effect he says:


When Raffaelli paints shockingly degraded absinthe-drinkers in the low drinking dens of the purlieus of Paris, we clearly feel his profound pity at the sight of these fallen human beings, and this emotion we ex-perience as a morally beautiful one. In like manner we have not a momentary doubt of the morality of the artist's emotions whenwe behold Callot's pictures of the horrors of war, or the bleeding, purulent saints of Zurbaran, or the monsters of Breughel van der Holle, or when we read the murder scene in Dostojevsky's Raskolnikow. These emotions are beautiful. Sympathy with them gives us a feeling of pleasure. Against this feeling the displeasure caused by the repulsiveness of the work cannot prevail. When, however, the work betrays the indifference of the author to the evil or ugliness he depicts, nay, his predilection for it, then the abhorrence provoked by the work isintensified by all the disgust which the author's aberration of instinct inspires in us, and the aggregate impression is one of keenest displeasure. Those who share the emotions of the author, and hence are with him attracted and pleasurably excited by what is repugnant, diseased and evil, are the degenerate.