The Rise and Fall of the Cucumber Sandwich 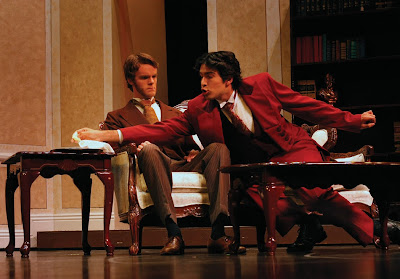 Cucumber sandwiches immediately make me think of the Importance of Being Earnest and the manner in which Algernon gobbled them all. His character is often portrayed as gluttonous for doing so, but cucumber sandwiches really aren't very filling.

In fact, cucumber sandwiches weren't meant to take the place of a meal, but were served as a sign of one's status, like caviar used to be. The idea was that members of the Victorian upper class were men and women of leisure and could afford to eat food of little to no nutritional value - both by being able to waste money on it and by not needing to eat properly for work. 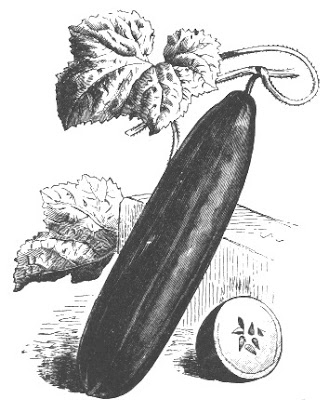 The cucumber sandwich's popularity was rumoured to have begun within the aristocracy, but it definitely ended with the working classes. In the Edwardian era, growers started growing cucumbers cheaply in hot houses throughout the year, making them more affordable and less prestigious. At the same time, tea, as a meal, became less common.

Now, for those of you, who want to try one, I've found tons of recipes online, but have learned that there were certain requirements for a truly refined Victorian cucumber sandwich. The most important thing is that the sandwich should be thin.

For this reason, a denser white bread is preferred. The density of the bread helps to maintain the structural integrity of slice, which should be cut thin enough that, when you hold it to a window, the sun can shine through it.

Keeping the sandwich thin, the cucumbers need to be sliced thin as well, but should be peeled first, if you are not going to make a decorative pattern around each cucumber slice with a fork on the peel. The sliced cucumbers are mixed in vegetable oil and lemon juice with a little white pepper.

Once you've constructed the sandwich, cut off the crusts and arrange them on a plate! 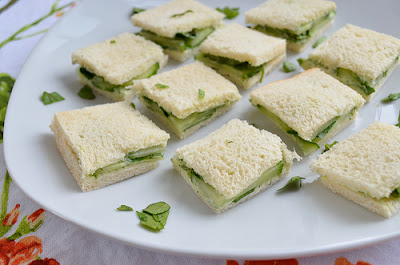