Bram and Emily: Vampires to Werewolves 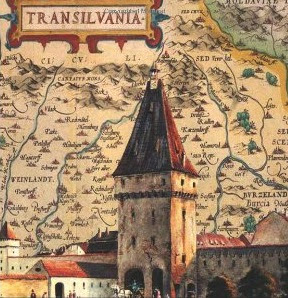 Emily Gerard, sometimes known as Mrs de Laszowska, Emily Laszowska, Emily Gerard, or Emily de Laszowska Gerard, was a Scottish-born Victorian writer, who is remembered for her perceived influence on the novel Dracula. While that's important and is (admittedly) what got me interested in her, she did publish six novels in the 1890s, one in collaboration with her sister.

Gerard's works were popular enough that two are available online, including her 1890s novels: A Secret Mission (1891) and The Voice of a Flower (1893).

The more I read about Gerard the more I relate. I almost feel like I should just start calling her Emily, but that might be some form of disrespect. Like my husband, Gerard's husband worked in a different country. She moved from Scotland to Transylvania to be with him. Reckless scholars might call me studious, but Gerard definitely was and, like me, she researched her new land to make herself feel at home.

Her essay, Transylvanian Superstitions, is widely believed to have provided inspiration to Dracula's author, Bram Stoker. The essay is available here and Dracula is available here. Stoker originally wanted to locate his vampire in Tyrol, but, it is believed that reading Gerard's work changed his mind, so Dracula wound up in Transylvania instead.

In her Essay, Gerard writes:


Among the various omens of approaching death are the ungrounded barking of a dog or the crowing of a black hen. 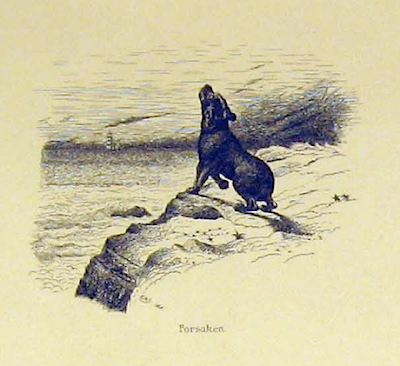 Bram Stoker definitely adopts this omen. Jonathan Harker hears "a dog howling all night" under his window on his way to Transylvania and there are dogs barking all along the road. All of Dracula is peppered with the howling of dogs, but no hens of any colour.

When Gerard begins speaking about vampires specifically in her essay I'm reminded of the Polish vampire graveyard that was recently uncovered, where the bodies were buried in a way that is similar to what she describes here.


There are two sorts of vampires — living and dead. The living vampire is in general the illegitimate offspring of two illegitimate persons, but even a flawless pedigree will not ensure anyone against the intrusion of a vampire into his family vault, since every person killed by a nosferatu becomes likewise a vampire after death, and will continue to suck the blood of other innocent people till the spirit has been exorcised, either by opening the grave of the person suspected and driving a stake through the corpse, or firing a pistol shot into the coffin. In very obstinate cases it is further recommended to cut off the head and replace it in the coffin with the mouth filled with garlic, or to extract the heart and burn it, strewing the ashes over the grave. That such remedies are often resorted to, even in our enlightened days, is a well-attested fact, and there are probably few Roumenian villages where such has not taken place within the memory of the inhabitants.

Stoker's Van Helsing certainly knows what to do with the undead:


"I shall cut off her head and fill her mouth with garlic, and I shall drive a stake through her body."

Dracula is also a shape-shifter, like the were-wolves that Gerard writes most of her essay about. Gerard tells us that: 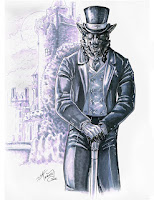 First cousin to the vampire, the long exploded were-wolf of the Germans is here to be found, lingering yet under the name of the Prikolitsch. Sometimes it is a dog instead of a wolf, whose form a man has taken either voluntarily or as penance for his sins.

Movies that have burst out of Dracula make much to do of the vampire as a tragic hero being punished for his or sins through a dreadful transformation, though not usually into a werewolf as well. Read both works and tell me if you think that Stoker learned this from Gerard?