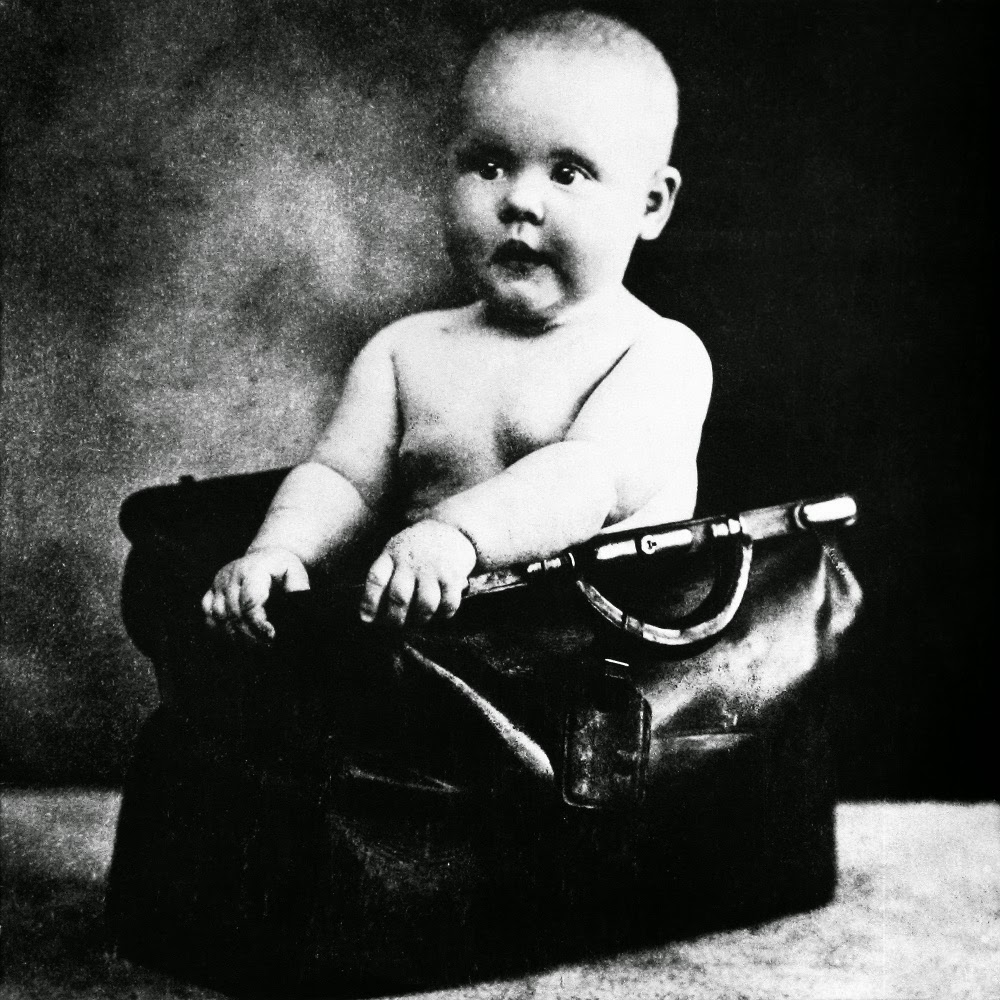 Jack.  I am afraid I really don’t know.  The fact is, Lady Bracknell, I said I had lost my parents.  It would be nearer the truth to say that my parents seem to have lost me . . . I don’t actually know who I am by birth.  I was . . . well, I was found.
Lady Bracknell.  Found!
Jack.  The late Mr. Thomas Cardew, an old gentleman of a very charitable and kindly disposition, found me, and gave me the name of Worthing, because he happened to have a first-class ticket for Worthing in his pocket at the time.  Worthing is a place in Sussex.  It is a seaside resort.
Lady Bracknell.  Where did the charitable gentleman who had a first-class ticket for this seaside resort find you?
Jack.  [Gravely.]  In a hand-bag.
Lady Bracknell.  A hand-bag?
Jack.  [Very seriously.]  Yes, Lady Bracknell.  I was in a hand-bag—a somewhat large, black leather hand-bag, with handles to it—an ordinary hand-bag in fact.
Lady Bracknell.  In what locality did this Mr. James, or Thomas, Cardew come across this ordinary hand-bag?
Jack.  In the cloak-room at Victoria Station.  It was given to him in mistake for his own.
Lady Bracknell.  The cloak-room at Victoria Station?
Jack.  Yes.  The Brighton line.
Lady Bracknell.  The line is immaterial.  Mr. Worthing, I confess I feel somewhat bewildered by what you have just told me.  To be born, or at any rate bred, in a hand-bag, whether it had handles or not, seems to me to display a contempt for the ordinary decencies of family life that reminds one of the worst excesses of the French Revolution.  And I presume you know what that unfortunate movement led to?  As for the particular locality in which the hand-bag was found, a cloak-room at a railway station might serve to conceal a social indiscretion—has probably, indeed, been used for that purpose before now—but it could hardly be regarded as an assured basis for a recognised position in good society.

Early modern Europeans of both genders wore purses to carry coins. The handbag was an invention of the Victorian era. The word for it was popularized during Oscar Wilde's lifetime; a line of this famous scene from 'The Importance of Being Ernest' is the third recorded use in the Oxford English Dictionary.

In this scene, Wilde pulls apart the handbag, the railway, the premise for every good sensation novel, and the Victorian Era as a whole. Lady Bracknell says the "line is immaterial," but it is the more respectable of the two at Victoria Station at the time. Poor Jack is grasping at straws with this woman, who seems to be a Victorian institution in and of herself.

But I want to talk about the handbag. Lady Bracknell's line, "A hand-bag?" has been interpreted differently by once actress after another, beginning with Edith Evans, who, in the 1952 film, delivered the line with a loud mixture of condescension and astonishment.

At any rate, the establishment didn't crumble because of any Wilde's writings. Oddly, his private relationships bothered the world more. Handbags and trains seem far more commonplace now. What did the invention of the handbag signify for the nineteenth century? Why was it then that something more than a purse was needed?

The handbag was designed by request for use on the railway. In 1841, Doncaster butterscotch manufacturer, Samuel Parkinson ordered a set of luggage, and insisted on something specific to his wife's needs. Her purse was too small; its material too flimsy. Parkinson ordered his wife various hand-bags of different sizes for different occasions, and asked that they be made from the same leather as his cases and trunks, distinguishing them from the all-too-familiar carpetbags. Upon Parkinson's request, H. J. Cave of London then produced the first modern handbags, including a clutch and a tote.

Like many other things women said they wanted, critics complained that they were unnecessary, and damaging to a woman's health. Interestingly, in Wilde's play, Miss Prism's handbag is so similar to Mr Cardew's that the two were mixed up!

If you have enjoyed the work that I do, please support my Victorian Dictionary Project!
Posted by Tine Hreno at 7:30 PM

Email ThisBlogThis!Share to TwitterShare to FacebookShare to Pinterest
Labels: fashion, Importance of Being Ernest, Oscar Wilde