10 Steps to Hosting Your Own Victorian Seance

Belief in the evocation of the spirits of the dead is as old as Humanity. At one period of the world's history it was called Thaumaturgy, at another Necromancy and Witchcraft, in these later years, Spiritualism. It is new wine in old bottles. - The Spirit World Unmasked, Henry Ridgely Evans (1897).

The rules for hosting a seance haven't changed much since the late nineteenth century, though some of the equipment is now fancier.

1. First, you need a location for the seance. 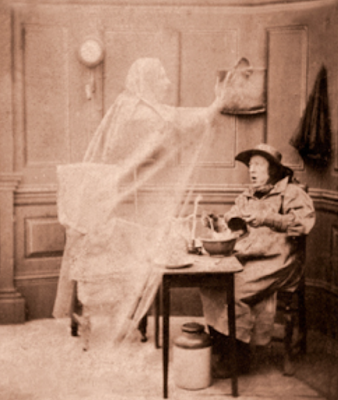 Choosing a location could be dependant on the reason for the seance. Sometimes, a particular room may be chosen for its connection to the departed, but the Victorians loved hosting them in their sitting rooms, at least according to the spiritualist and artist, Georgiana Houghton (1814-1884). Though her life and writings, Houghton seems more familiar with the spirit world than anyone; she used to let herself become possessed by ghosts so she could paint.

Her book, Evenings at Home in Spiritual Séance describes a small room with nothing but the table, seating, and equipment used in the seance, which leads us to the second step in hosting a Victorian seance: 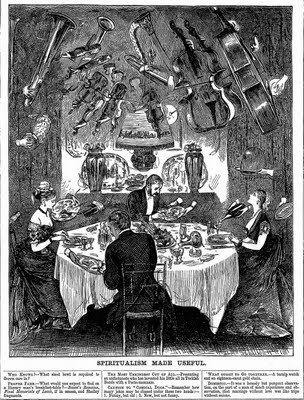 Distractions aren't helpful when communicating with the dead, limit electronic devices, minimize the amount of light in the room, and remove objects that will otherwise interfere with the seance.

Although anything can be used in a seance, a candle is pretty standard. It's good to choose one with a wide base so that it's less likely to fall over. Also, lighting and extinguishing a candle can signify the beginning and end of the seance. Houghton used the act of extinguishing the candle to cease communications when she encountered frightening spirits.


At the very instant that I put out the candle, the slate [used for automatic writing] was taken from before me, and we heard sounds of its being written upon in the air, at about the height of our heads. It was put back upon the table, and when we had struck a light, we found written upon it:

which meant "I shall trouble you no more;" the first words of the sentence having been spelt backwards.

The skeptical Henry Ridgely Evans described automatic writing as the act in which a psychic or medium "gives information transcending his conscious knowledge of a subject," while in a state of hypnosis. If someone is going to do automatic writing at your seance, in addition to your candle, a slate, notebook, or Ouija board may also be helpful.

Ouija boards were invented to capitalize on the seance trend of the late Victorian era and are supposed to work by letting unseen spirits communicate through your fingertips by pointing the planchette at the letters and numbers on the board.

Ouija boards weren't the only gadgets for talking to spirits. Hudson Tuttle (1836-1910) of Berlin Heights OH invented the Pychograph, or dial planchette, many years before the Ouija board hit the market. The Spiritual Telegraph Dial was being used by mid-century and adapted to test whether people who claimed to be psychics were actually frauds.

Without automatic writing and in the earlier years of the Victorian era, a spirit in a Victorian seance might communicate by shouting letters through a medium, or using a binary code by using a series of taps. The latter was known as "spirit rapping" and was popular enough that an American wrote a song about it. According to Lisa Hix, the table is all many Victorians needed to communicate:


Before long, word got out that if you and your friends or family put your hands on a small- to medium-sized table and waited, it would eventually start moving. Naturally, people believed it was the spirits trying to communicate, through what became known as “table-tipping” or “table-turning.” A scientist by the name of Michael Faraday studied the physics of the phenomenon in 1851 and concluded that the sitters were, in fact, unconsciously moving the table, a phenomenon now known as the “ideomotor response,” but his findings didn’t deter anyone - Source.

Since you're not going to let that deter you from hosting your Victorian seance, put your candle and means of communicating on your seance table, surround it with chairs and fill those chairs with enthusiastic guests.

If at all possible, you should invite a Countess and more than one medium, so that the medium who is not performing the seance can look at the habits of the performer with judgement and suspicion. It's fun to invite someone, who totally believes in ghosts (for their enthusiasm), and someone who doesn't (but frightens easily).

When you invite your guests, encourage them to bring sentimental objects, if there's a particular spirit they wish to communicate with. 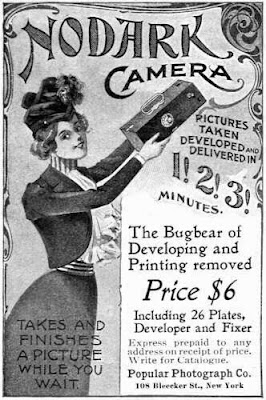 The step before actually beginning your seance, is setting up your recording equipment. It may seem un-Victorian to set up a hidden video recorder, but many Victorians documented their seances in the best ways they could, so they could capture images of ghosts and catch anyone tipping, or rapping on, the table. 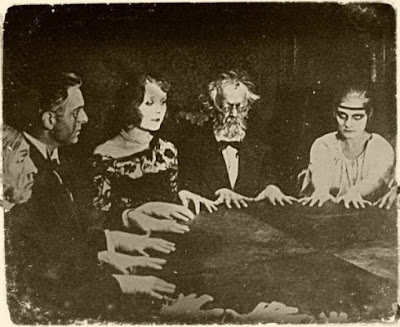 Instruct your guests to sit as quietly as possible around the seance table and to identify any noises they inadvertently make, so as not to misread a fart as a communication from the other side. 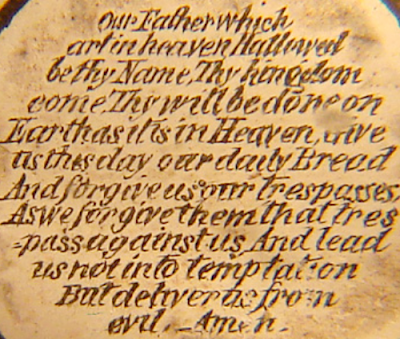 Once everyone is seated, it adds drama to say a prayer of protection. Houghton always said the Lord's Prayer before a seance. 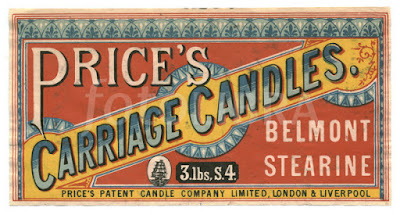 Ask the spirits to join yours circle and to communicate through the method you have provided.

Be polite. Don't only ask questions about yourself. Ask their name. Ask if they have anything they want to talk about, but also try to focus on the purpose of your seance.

9. When you are ready to end your seance, say good-bye and extinguish the candle. If someone is scared, you can extinguish the candle abruptly and tell the spirits to leave you alone, but it's always best to be polite ...if you can. 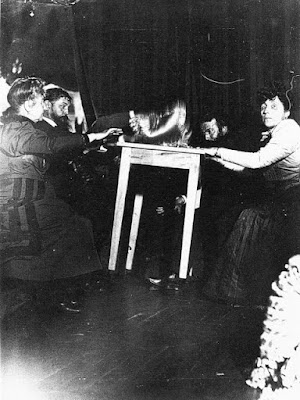 Did you catch any ghosts in photos, or video?

Did you catch anyone trying to trick the others into thinking a spirit was present?

Henry Ridgely Evans was an American magician and skeptic of spiritualism, who wrote prolifically on the subject - publishing two books in 1897 alone. He claimed to have sat with many famous mediums, who produced "little to convince him of the fact of spiritual communication." Maybe you'll have better luck.

For all of your other Victorian seance needs, visit: the Victorian Web, the Museum of Talking Boards, and the Mysterious Planchette.

Happy Halloween!
Posted by Tine Hreno at 9:14 AM