I wouldn't have survived infancy in the Victorian Era. 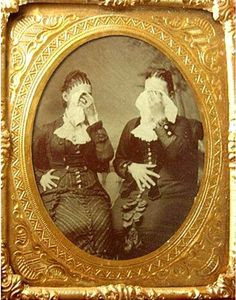 There were truly bizarre ways of dying in the 1890s, but you could also die from the very mundane. If you were a woman, you might die from child birth. If you were a baby, the wallpaper, or the way that your bottle was designed could kill you. Buzzfeed once wrote an article on bizarre Victorian deaths.

Reportedly: in 1875, a man was killed by a mouse in South London.


“That a mouse can exist for a considerable time without much air has long been a popular belief and was unfortunately proved to be a fact in the present instance, for the mouse began to tear and bite inside the man’s throat and chest, and the result was that the unfortunate fellow died after a little time in horrible agony.”

Which is horrifying, but, typically, the things that killed you in the 1890s were far more commonplace and children were the most vulnerable. Wallpaper (arsenic), germs (everywhere), and milk were three incredibly mundane baby killers at the time. 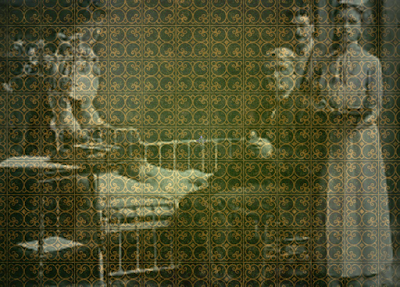 From the 1850s until the 1890s, green wallpaper was a silent killer. Arsenic was used to create a shade called Paris Green. Once on the walls, the arsenic entered the air. After exhibiting symptoms of diphtheria, patients generally died of asphyxiation. The worst part: treatment usually involved being confined to a cold room with no circulation, but usually green wallpaper because it was already present in the home.  Such a death usually claimed children first. Paris Green was not identified as the silent killer until the end of the century.

Before it was recognized as a killer, the Victorians thought arsenic possessed many health benefits. A health spa in southeast Austria was home to the arsenic-eaters. People who travelled to the area would take ratsbane in their coffee. It became trendy to take ever increasing amounts of arsenic, until you got diarrhea. While many people consumed doses strong enough to kill a healthy person today, they believed it improved their complexions and aided their respiratory system. 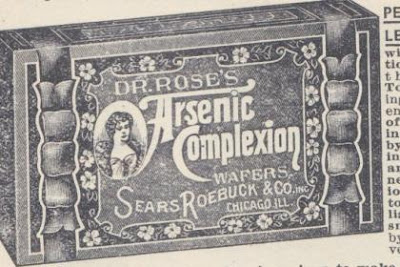 Germs weren't known to cause disease until 1867, and even then, it took a lot of work on the parts of Louis Pasteur, Robert Koch and their supporters to adopt methods that protected patients from germs. Methods that protected patients from germs included washing your hands before performing surgery. One doctor, Joseph Lister made great strides in gaining acceptance for the germ theory of disease and preventing infections by keeping bacteria from entering the body through wounds and sores, through the use of carbolic acid as an antiseptic.

Can you even imagine a world where surgeons need convincing to wash their hands before operating? Surgical practices were bad enough without conducting the surgery with dirty hands. Rich people paid the doctor to look after them in their homes, so only the poor went to hospitals. If the operating room in the hospital wasn't clean, you stood a one in four chance of dying from a fever caused by infection after the surgery. Most wealthy homes didn't have a proper operating room at all, so it is no wonder that surgeons didn't have the respect they do today and were seen as butchers!

Often patients would die in shock on the operating table because the only anesthesia available was ether, or whiskey.

But I'm getting off track discussing the horrors of surgery... the point was that most doctors didn't even believe in germs. Germaphobes wouldn't be considered crazy to worry about eating or touching anything the nineteenth century.


In England during the Victorian years, approximately HALF of all babies born alive died prior to their first birthday.  Even worse, only two out of ten ~ a staggering statistic ~ reached their second birthday.  Sanitation was deplorable, and people did not yet understand the value in sterilization.  Hygiene was essentially unheard of - Source. 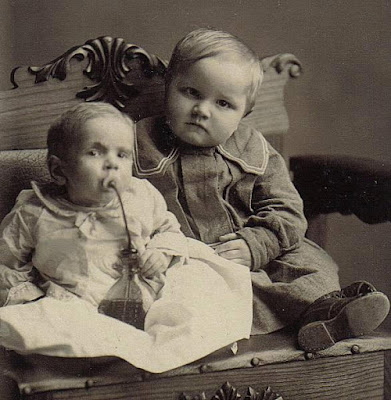 If the baby bottle and wallpaper didn't kill your beloved baby, the milk in the bottle might have. Mrs Beeton recommended adding boracic acid to milk to remove evidence that milk had gone off. In 1882, 20,000 samples of milk from homes were tested and one in five samples proved to have been adulterated this way. On its own, boracic acid causes nausea, vomiting and diarrhoea. Combined with milk, the slow-growing mycobacterium bovis found in milk flourishes and causes tuberculosis.

If this post wasn't morbid enough for you, look at my photos of Victorian dead people and have a safe Halloween!

If you have enjoyed the work that I do, please consider supporting my Victorian Dictionary Project!
Posted by Tine Hreno at 9:35 AM