WARNING: This post contains images of dead Victorian babies. This is a terribly sad collection of photos. 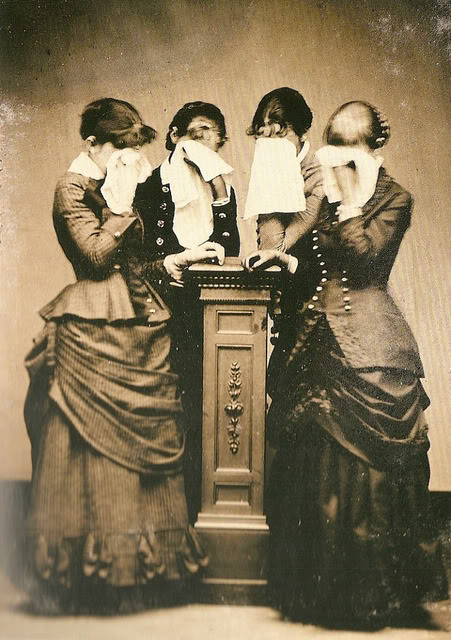 Taking pictures of dead people was a classical Victorian art form that lasted well into the twentieth century and is more politely referred to as 'post-mortem photography,' or 'memorial portraiture.' The photos themselves were called 'cabinet cards,' or 'mourning portraits.'

While we may consider them creepy, they were a normal part of American and European culture, and are still used today by many families who lose a baby during childbirth. Now I Lay Me Down To Sleep is the name of one organization that provides this service to grieving families.

In the 1890s, grieving families commissioned the photos of lost loved ones of all ages. The pictures were, in many cases, the only visual remembrance they had of their lost loved one.

Before 1839, mourning portraits were expensive endeavors that involved hiring a portrait artist. But the daguerreotype was invented in 1839, making a new kind of portraiture more accessible to the rising middle class. The practice reached its peak at the end of the nineteenth century, and faded away during the twentieth.

Post-mortem photography faded away as medical services increasingly became a part of everyday life. In the nineteenth century, most people died in their homes, frequently during childhood. Children would often be photographed with a toy, or with another relative, usually a sibling, or the mother. High childhood mortality rates were part of why so many of these photos are of infants and children.

The most significant differences between post-mortem photography in the 1890s, and what organizations, like Now I Lay Me Down To Sleep, do today are where the photos are taken, and the stigma that is attached to them. I originally wrote this post as part of my halloween series, but am editing it now to encourage greater sensitivity toward this art form and its history, which is as long as the history of photography.

One of the most common misconceptions of post-mortem photography is that metal stands were used to pose the dead as if they were still alive. Dead subjects were usually posed in coffins, in beds, or as if napping in a chair. Brady stands, which people commonly think were used to pose the dead, were actually used to assist the living in staying still long enough to have their photos taken. If you spot one of these stands in a Victorian photo, it's a good indication that the subject was alive at the time the photo was taken.

Which raises the question: What the heck is happening in this photo??? 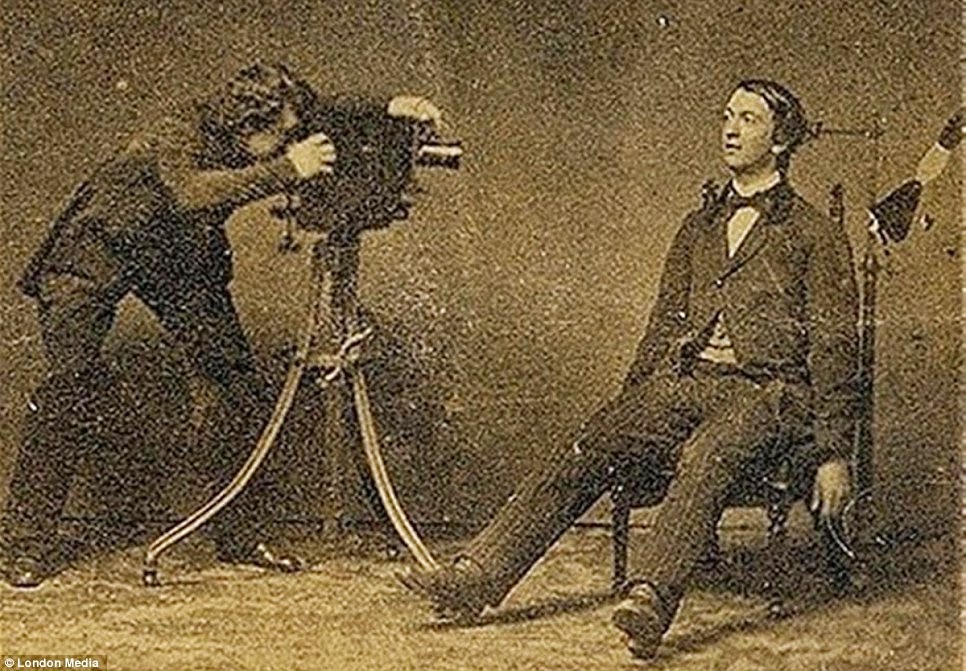 If you have enjoyed the work that I do, please consider supporting my Victorian Dictionary Project!
Posted by Tine Hreno at 8:58 AM