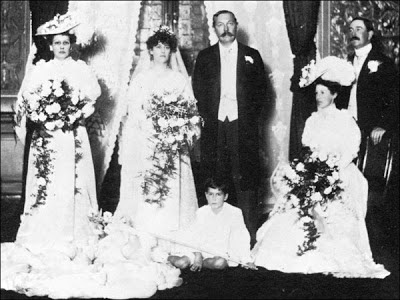 Sir Arthur Conan Doyle was very secretive in his memoirs about his romance with Jean Leckie. That might be because he was plagued with guilt for falling in love with a beautiful woman, fourteen years his junior, while his first wife was very ill. In his defense, contemporary scholars claim that he conducted the romance with the upmost propriety.

His secretiveness makes it difficult to know all of the details, but he never forgot the day he met. His daughter later claimed that he saw her mother before that notable day, which would make sense because their meeting was prearranged.

According to biographer, Andrew Lycett:

Arthur first met Jean Leckie on March 15, 1897. ... Although, inconveniently, he still had an invalid wife, he had found a striking younger woman with whom he fell passionately in love.

Jean had a trim figure, searching green eyes and cascading golden hair, her only blemish being a small, downturned mouth that brought a pinched quality to her features. Blessed with a fine mezzo-soprano voice, she was studying to be a singer, which meant that, for the time being, she lived with her parents in Blackheath, south London...

Their daughter recalled hearing that her father became smitten with her mother after watching her play a game of rounders.

Lycett suggests that "a lot of planning" may have gone into Doyle and Leckie's first encounter, which occurred the day after her 23rd birthday. The two attended a popular concert by the Hungarian violinist Joseph Joachim and his quartet. 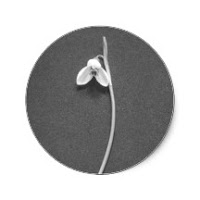 Doyle would celebrate the anniversary of that day every year afterwards, by giving her a single white snowdrop.