For Love and Ireland

W.B. Yeats joined the Irish nationalist cause as much for his love of Maud Gonne, a beautiful young Irish feminist, as he did for his politics. Though Gonne liked and admired Yeats, this was a story of unrequited love.

The pair met on 30 January 1890. Biographies on Yeats call Gonne "an actress whose great beauty would haunt (Yeats) for the rest of his life." Her passionate work for the nationalist cause in Ireland and her reckless destructiveness in pursuit of her political goals plagued Yeats. Thought he tried to support those goals in his own way. 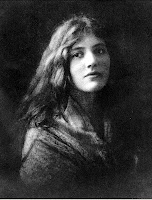 Yeats focused on drama, trying to spark a revival of Irish literature and culture. Gonne liked this, but regularly refused to marry him (between 1890 and 1901) and they remained close friends through many estrangements, including her marriage to Major John MacBride. In his poetry, Yeats compared her to Helen of Troy, whose capriciousness led to the destruction of a civilization.

In her autobiography, Gonne wrote a great deal about Yeats, including the following:

While we were still at dinner Willie Yeats arrived to see me and we all went into the drawing-room for coffee. Kathleen (Gonne) and I sat together on a big sofa amid piles of soft cushions. I was still in my dark clothes with the black veil I always wore when travelling instead of a hat, we must have made a strange contrast. I saw Willie Yeats looking critically at me and he told Kathleen he liked her dress and that she was looking younger than ever. I was on that occassion Kathleen remarked that it was hard work being beautiful, which Willie turned into his poem Adam's Curse.

Gonne actually includes the poem in its entirety here, but I trust that you can look it up, if you haven't read it. 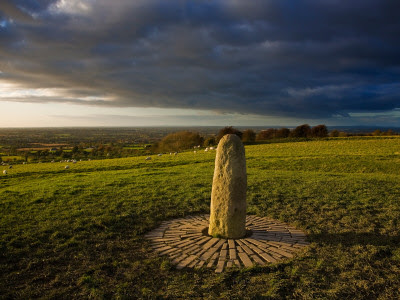 Next day when he called to take me out to pay my customary visit to Lia Fail, he said:

"You don't take care of yourself as Kathleen does, so she looks younger than you; your face is worn and thin; but you will always be more beautiful, more beautiful than anyone I have known. You can't help that. Oh Maud, why don't you marry me and give up this tragic struggle and live a peaceful life? I could make such a beautiful life for you among artists and writers who would understand you."

"Willie, are you not tired of asking that question? How often have I told you to thank the gods that I will not marry you. You would not be happy with me."

"I am not happy without you."

"Oh yes, you are, because you make beautiful poetry out of what you call your unhappiness and you are happy in that. Marriage would be such a dull affair. Poets should never marry. I will tell you one thing, our friendship had meant a great deal to me; it has helped me often when I needed help, needed it perhaps more than you or anyone ever knew, for I never talk or even think of these things."

Like Gonne, I believe that some loves are meant to inspire and carry a person through hard times. Indeed, we should be grateful for every love we've ever had in our lives, no matter how happy or unhappy they make us.