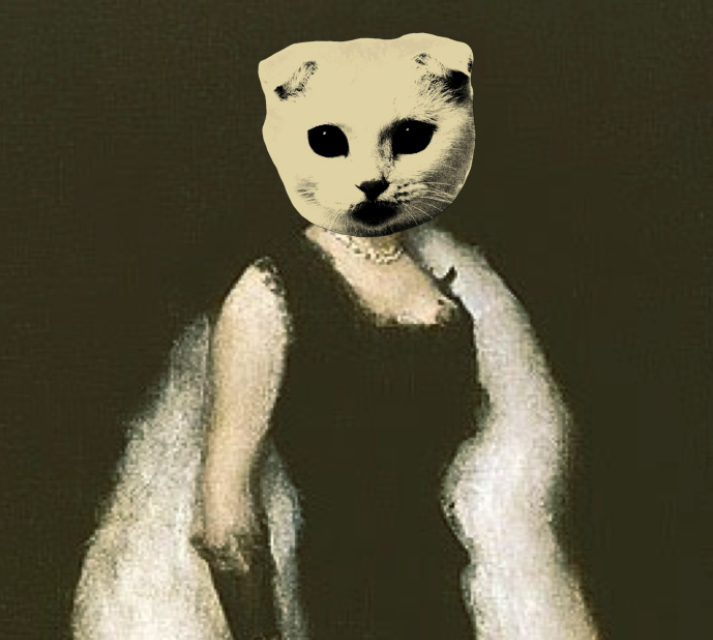 I prefer women with a past. They're always so damned amusing to talk to. — Lady Windermere's Fan (1892)

The history of London in the 1890s would lose much of its charm without its most scandalous women, like Lady Meux - pronounced “Mews.”

Lady Meux was born a butcher’s daughter in 1847 and called: Valerie Susan Langdon, but it’s probably already hard for you not to call her Lady Meux. She grew up to be a London socialite, the wife of an incredibly wealthy brewer, Sir Henry Meux, 3rd Baronet (1856-1900). That’s right, she married a really rich man, who was nearly ten years younger than her! 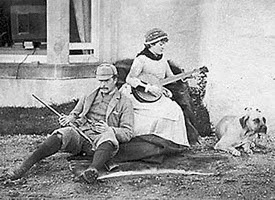 That’s him in the Sherlock Holmes cap and her on the banjo.

So why would a wealthy young man marry a butcher’s daughter ten years his senior in 1878? Well, Lady Meux said: “I can very honestly say that my sins were committed before marriage and not after.” And, then 22 year-old, Sir Meux might have seen her on stage, the way that Dorian Gray encountered Sybil Vane. Or he might have met in her in a far more intimate setting, as it was widely believed that Lady Meux was not the actress she claimed to be before marriage, but actually a prostitute.

Consequently, Lady Meux was never accepted by her husband’s family or “polite” society. But then, what use did she have for either when she could afford to drive herself to London in a high phaeton, drawn by a pair of zebras! 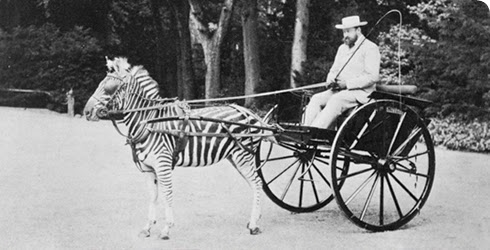 Lady Meux loved spending money, expanding and enlarging their home at Theobalds in Hertfordshire - by adding things like: a swimming pool and indoor roller-skating rink! Guests to her parties included the Prince of Whales and Winston Churchill. (I’m thinking of inviting some of the characters in my book.)