The Picture of Dorian Gray recently ranked 27th in the Guardian's list of the 100 best novels. Robert McCrum goes on to explain that Dorian Gray wasn't met with the warmest reception in 1891.


Of all the books in this series, Oscar Wilde's only novel enjoyed by far the worst reception on its publication. The reviews were dreadful, the sales poor, and it was not until many years after Wilde's death that this remarkable work of imagination was recognised as a classic.

While this is all true, I'm writing today to give credit where credit is due. Readers around the world didn't suddenly start rereading Dorian Gray on their own. Wilde's name was tainted by his infamous trials; his descendants still go by the name their mother assumed when she fled the country. His work became tainted by Victorian ideas of homoerotic pornography. Black market pornographers unlawfully used Wilde's name on their books in an effort to sell more copies - even after Wilde's death. Lucky for all of us, Wilde had one good friend who worked tirelessly to preserve Wilde's name as an artist, while maintaining the integrity of his Work. 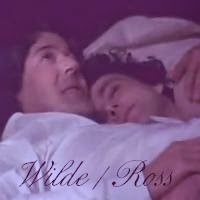 Ross worked as a journalist and art critic and dealer in London, but is remembered for his relationship with Oscar Wilde, to whom he was a literary executor. Ross was important in his own right as part of the London literary and arts scene in the 1890's and for the remainder of his years. He even mentored Siegfried Sassoon.

Ross grew up in Toronto and Ottawa, but moved to England to study at Cambridge. Ross began his studies in 1888 and even at that young age - in the Victorian Era too - Ross was open about his sexuality. Other students abused him for it, even with the support of one of their professors, Arthur Augustus Tiley.

After catching pneumonia from being dunked in a fountain, Ross demanded an apology. His fellow students complied, but Tiley refused. Rightfully enraged, Ross fought to have Tiley dismissed from the university to no avail. Defeated, Ross left school and came out to his family.

Ross is widely believed to have been Wilde's first male lover. What is certain is that he became Wilde's last real friend. Ross was no stranger to homophobia, which didn't disappear when he left school. Years before Wilde went to court, the parents of a young man, who had intimate encounters with Ross and Lord Alfred Douglas, hired solicitors to take legal action, but were persuaded not to go to court.

When Wilde was released from prison, Ross was there with emotional and financial support.

Upon Wilde's death, Ross became Wilde's literary executor. Before Wilde went to prison, most of his possessions were sold off in bankruptcy, including the rights to all of Wilde's texts. Ross tracked these down and purchased them. He enlisted others, like Christopher Sclater Millard, to assist in the fight against the black-market trade in pornographic texts fraudulently published under Wilde's name.

With the definitive bibliography intact, Ross gave Wilde's sons the rights to all their father's works along with the money earned from their printing/performance while he was executor.

In 1908, he produced the definitive edition of Wilde's work. Ross hired Jacob Epstein to design Wilde's final resting place, requesting that Epstein add a small compartment to the tomb for Ross’s own ashes. 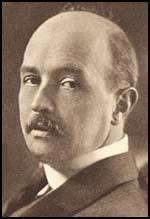 If it sounds like Ross was a little obsessed with Wilde, then I have misled you. While Ross was doing all of this he led a full and vibrant career in the arts, including management of the Carfax Gallery, a small commercial gallery in London, from 1901-1908. There, he showed artists, like Aubrey Beardsley, William Blake and John Singer Sargent. Ross went on to become the art critic for the Morning Post. During the First World War, Ross mentored a group of primarily homosexual poets and artists, which included Sassoon and Wilfred Owen.

Ross suffered for helping Wilde even in death, and was wickedly harassed by Lord Alfred Douglas (Wilde's Bosie and Ross's former friend), who tried to have him arrested for homosexual conduct.

During the German Spring Offensive (1918), Noel Pemberton Billing, a right-wing Member of Parliament, published an article called: "The Cult of the Clitoris," in which he painted Ross and his circle as the centre of a conspiracy by 47,000 homosexual traitors, who were betraying the nation to the Germans. Maud Allan, an actress who had played Wilde's Salome in a performance authorised by Ross, was identified as a member of the "cult". She unsuccessfully sued Billing for libel, causing a national sensation in Britain.

The incident brought a lot of negative publicity to Ross and his associates.

Later that year, Ross died suddenly, while preparing to travel to Australia, to open an exhibition at the National Gallery of Victoria.

In 1950, on the 50th anniversary of Wilde's death, Ross's ashes were added to Wilde's tomb in Père Lachaise Cemetery in Paris. Now, if you want to get all teared-up like I just did, go watch this video on YouTube that pays tribute to their friendship.