What happened to Oscar's stuff? 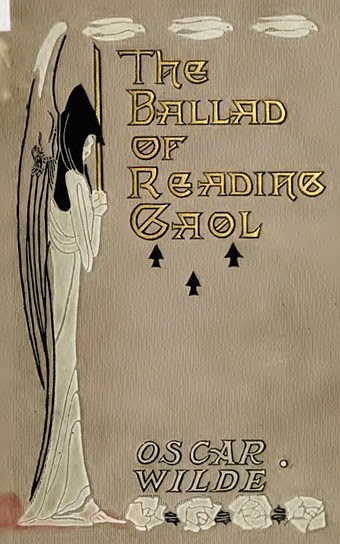 Scholarly article pay little attention to the role my protagonists played in history, one example being Kevin O'Brien's essay: "Lilly Wilde and Oscar's Fur Coat." If you click on that last link, you should be able to download the article automatically, which I'm basically going to summarize here.

It begins with a letter that Wilde wrote after he had been to prison and had started to track down his things, which had been pawned by Oscar's brother, Willie. The letter mentions "those people," specifically "the man," and "the woman." Those people were Willie and his wife, Lily Wilde. O'Brien says:


The story from their perspective is worth examining, for their relationship with Oscar was a difficult one, and they themselves had a hard, impoverished life together for the five years of their marriage.

Lily was Willie's second wife, who he brought to live at his mother's house, when he more or less gave up on life and let his mother take care of him. Lily had been in love with him, since before he married Mrs. Frank Leslie. As reported in the papers, and as evidenced by the lifestyle provided to her and Willie's daughter Dolly, Lily was an heiress. She was cut off from her fortune for the duration of her marriage to Willie.

As O'Brien uncovered, the small traces of history that Lily Wilde left behind depict her as an emotional woman of poor judgement, but still, a devoted friend, or maybe just a fan, of Oscar.

Willie made life difficult for his mother, by being unable to earn an income, and constantly demanding money. He was dying of alcoholism, and most likely suffered from delirium tremens. He had been brought down a peg or two, since his marriage to the richest woman in America failed, so when Oscar showed up at his doorstep in trouble, he likely saw a chance to redeem himself - maybe even look like a bit of hero for helping his brother out.


When Oscar arrived at the doorstep at 146 Oakley Street and pleaded, "Willie, give me shelter or I shall die in the streets," Willie let him in, but without much charity.  Willie later described the scene: "He came tapping with his beak against the windowpane, and fell down on my threshold like a wounded stag."

Though he tried to make it look like he was helping his brother, when he spoke to other people, he was really doing nothing of the sort. Lily and Oscar got along fine. While Willie blackmailed his brother and generally tried to control his life before he went to prison, Lily tried to reassure Oscar that she could manage Willie and take care of his things while he was gone.

Trying to control a raging alcoholic is like trying to teach a cat to clean up after itself.


Another disadvantage of Oscar's stay at 146 Oakley Street is the one quoted at the beginning of this article -- the betrayal by Willie and Lily in the loss of his precious fur coat and, in fact, two trunkloads of clothing.  Lily had quite a different version of the disposal of Oscar's belongings: rather than pawning his clothes without his knowledge, Willie was merely disposing of what had been given him.  According to Lily, before Oscar left for his third and last trial, he said one morning to Willie, "You can have all my things to do what you like with."

Rather than convincing Oscar to leave all his things in her charge, as Oscar claimed, Lily says that when she heard Oscar make the offer to Willie, she took Oscar aside and told him confidentially that "considering Willy's ordinary ways, if the clothes and trunks were left they [will] be sold or pawned."   According to Lily, Oscar answered, "he may have them all, only keep me my shirts." Hard up for money, Willie sold Oscar's fur coat and the two trunks of clothing to a jobber for only £12 or £13.  Lily was vigilant enough to keep her side of the bargain and saved all Oscar's shirts.

It hurt Lily that Oscar was so angry at her for not being able to protect all of his precious things, and her usual protective nature over Willie changed in the face of that anger, she must have realized by this point that Willie sold Oscar's things without his permission because he wished to fuel his own sad addiction.

As Willie continued to drink himself to death, he blamed most of his own problems on his brother, and the two never spoke again. Oscar did not even attend his brother's funeral, or send a kind note.

Constance Wilde used Lily to track Oscar's movements, when he left prison, which Lily did through their mutual friend More Adey. There's evidence to suggest that Willie was jealous of his wife's friendship with his brother.

When Willie died, Oscar did reach out to his brother's widow by offering a small amount of financial support. Oscar and Lily kept in touch, until Oscar died in 1900, at which time he was aware of her second marriage and offered happy approval.