The Place That Suits Me Best 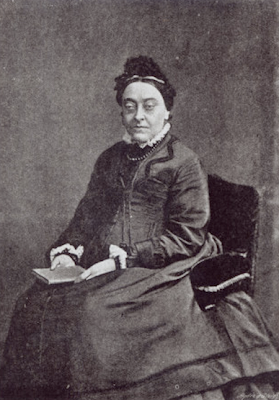 The title of this post is what Christina Rossetti said to a friend about living in London. William Sharp remembered the conversation as follows:


"I am", she said, "not only as confirmed a Londoner as was Charles Lamb, but really doubt if it would be good for me, now, to sojourn often or long in the country."

"But", the lady insisted, "let me ask, do not you yourself find your best inspiration in the country?"

Rossetti's answer could not have been more emphatic: "Oh dear, no!" "My knowledge of what is called nature is that of the town sparrow which makes an excursion occasionally from its home in Regent's Park or Kensington Gardens."

"I am fairly sure", Rossetti added, "that I am in the place that suits me best." (From the BBC)

She did, in fact, spend the rest of her life there. We tend to think of her as a recluse during the last years of her life, but, in reality, her health was failing and she had found the place she liked best in the world. 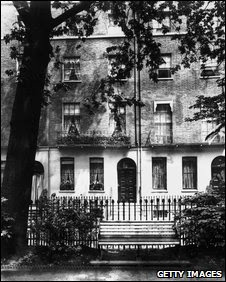 Her place was 30 Torrington Square, a place that is only a square by name now. It's owned by the University of London, which has torn down most of the old houses to replace them with your typical university buildings. Rossetti's house remains and is marked with a plaque. 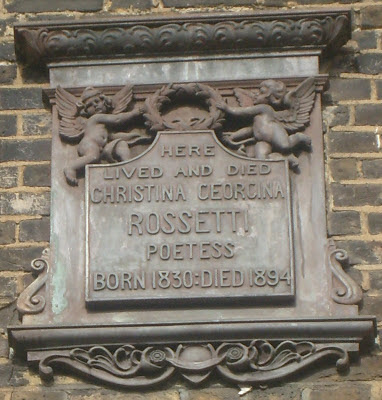