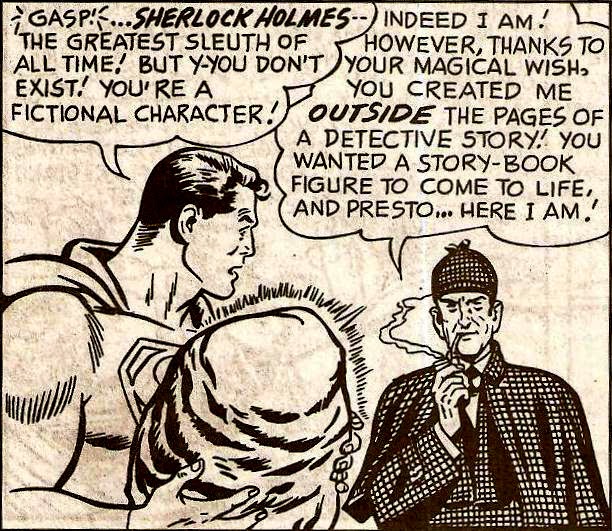 Some people reject the notion of Sherlock Holmes as a superhero because Arthur Conan Doyle's books weren't science fiction, or fantasy. The original character possessed qualities that were within the realm of human possibility, thus making him an aspirational figure. Then again, some people hate superheroes. Those people immediately have something in common with super villains, but that's another story. I love superheroes and argue that Sherlock Holmes most certainly was and always has been a great one.

Wikipedia defines a superhero as:


...a type of heroic character possessing extraordinary talents, supernatural phenomena, or superhuman powers and dedicated to protecting the public.

Sherlock Holmes was/is dedicated to protecting the public. He even has an archenemy. His powers now seem completely within the realm of human possibility, but so do Batman's.

In the 1890s, Sherlock Holmes' powers were most certainly science fiction. His, fortunately, was a case of life imitating art.

When Conan Doyle invented Sherlock Holmes in 1887, police relied on rudimentary evidence and witness testimony to solve criminal cases. There's no way Jack the Ripper would still be a mystery today if police still relied on those techniques and the public was beginning to chalk the lack of science up to police incompetence, but they didn't know it was the science that police were missing.

In many ways, modern science was still being invented and could be viewed as an 1890s gentleman's pursuit, one that Conan Doyle's detective was adept at in ways that no one had ever imagined. In addition to his incredible powers of observation, Sherlock Holmes used chemistry to solve crimes. His methods were aspirational and inspired the first generation of forensic scientists. 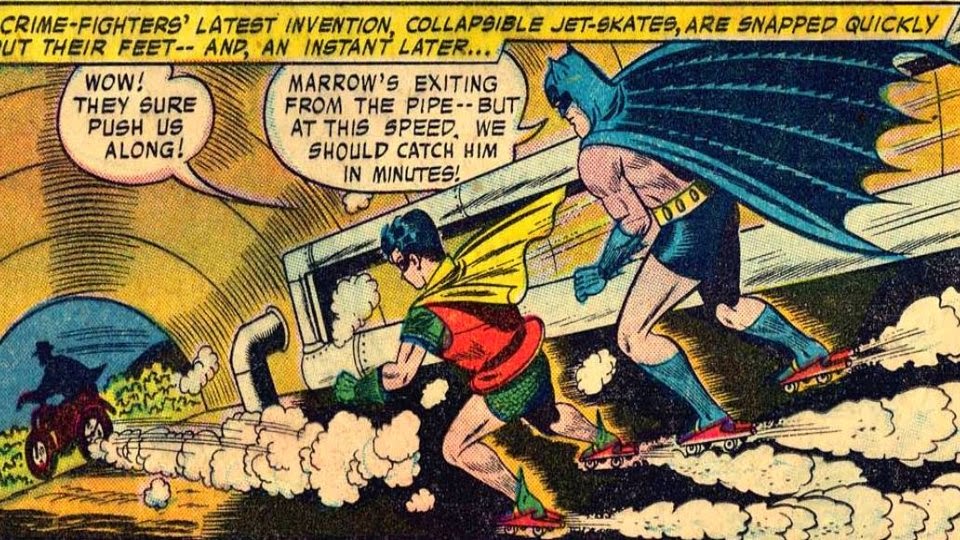 Catching a murderer through a blood stain was as unfathomable in 1887 as Batman's collapsable jet-skates were in 1967. Unfortunately, the crime solving applications of Batman's jet-skates are still unfathomable, but when we get there, some people may try to argue that Batman's not a superhero either.

If you have enjoyed the work that I do, please support my Victorian Dictionary Project!
Posted by Tine Hreno at 8:36 AM