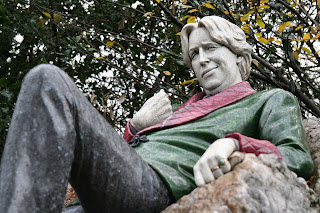 Known for his wit, many of Oscar Wilde's insults are too convoluted to throw out during an argument, but these one-liners have got you covered!

If you have enjoyed the work that I do, please support my Victorian Dictionary Project!
Posted by Tine Hreno at 1:13 PM