A Great Work of Weirdness with Bram Stoker 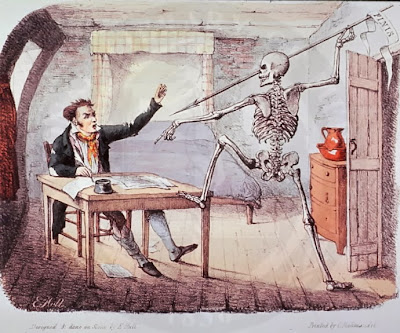 When I came upon him he was writing furiously if so rude a word may be applied to an art so gentle.

Bram Stoker wrote the above sentence in his Personal Reminiscences of Henry Irving, a work that I think is as almost as autobiographical as it is biographical. I’ve read and reread this book to study different aspects of Stoker’s personality. Today, I’m reading it for a better understanding of what Stoker thought of himself as a writer and about writers in general.

Like many contemporary writers, Stoker saw all writing as somewhat autobiographical. In Personal Reminiscences, he even describes graphology as an exercise in empathy.

"Under stress of what emotion would my own writing most nearly resemble that?" Let [the graphologist] repeat this with each sign of divergence from his own caligraphy: and in a short time he will be astonished with the result. So it is with all studies of character. Without any standard the task is impossible; but weigh each against your own self-knowledge and you at once begin to acquire comparative knowledge of simple qualities capable of being combined endlessly.

Stoker peppers his Personal Reminiscences with vanity about his own writing, referring back to a post card her received from W.E. Gladstone on November 18, 1890, regarding the copy of the Snake’s Pass that he shared with the prime minister. The card itself only serves to prove that, in 1890, the PM remembered who Stoker was and that he enjoyed getting good seats at the Lyceum.

Still, Stoker’s insights on writers and writing hold true (in many aspects) today and range from the value of age and experience to having a good teacher/master. Stoker’s master, in life, work, and his Personal Reminiscences, was Irving. In writing biography, Stoker sought to capture life as it was at Irving’s side.


In trying to formulate this I am not speaking for myself; I am but following so well as I can the manifested wisdom of the master of his craft. Here and there I shall be able to quote Irving s exact words, spoken or written after mature thought and with manifest and deliberate purpose. For the rest, I can only illustrate by his acting, or at worst by the record of the impression conveyed to my own mind.

In his attempt to capture life as it was, Stoker creates the impression that, at least part of the time, he will be able to write like a historian, in Irving’s exact words, presumably captured in documents. This, he implies, is better than recording the impressions left in his own mind or memory. In his role at the Lyceum, Stoker likely possessed a surplus of ephemera. When it came to details surrounding one of their favourite writers, the unlikely archivist (from one of my previous posts) likely supplied the documentation that Stoker relied on for his narrative.

Hall Caine was also a "glutton" in the same way. He absorbed facts and ideas almost by an instinct and assimilated them with natural ease. For instance, when he went to Morocco to get local colour before writing The Scapegoat he so steeped himself in the knowledge of Jewish life and ideas and ritual that those who read his book almost accepted him as an authority on the subject.

In his reflections on Caine, we begin to see Stoker’s belief that an excellent writer would also, of necessity, be an excellent researcher. Excellent research, like the vast amount of research that he put into writing Dracula, enabled Stoker’s ideal writer to speak with authority that readers would admire.

But that was not all!


Irving had a great opinion of [Hall] Caine s imagination, and always said that he would write a great work of weirdness some day.

“A great work of weirdness.” I just love that!

Stoker’s ideal writer did a lot of research, mixed it with imagination, and, if he or she was lucky, came up with something really weird. He must have been proud of his work on vampires!

I use the phrase “he or she” to show my preference for gender neutrality. Writing, in the 1890s, was most definitely becoming a more popular occupation for women, but Stoker used “he” either because he saw the ideal writer as a man or because that was just the common style of pronoun usage at the time he wrote his book. Ideal or not, Stoker knew that more than one kind of person tried to write.


From the experience alone which we had in the Lyceum one might well have come to the conclusion that to write a play of some kind is an instinct of human nature. To Irving were sent plays from every phase and condition of life. Not only from writers whose work lay in other lines of effort ; historians, lyric poets, divines from the curate to the bishop, but from professional men, merchants, manufacturers, traders, clerks. He has had them sent by domestic servants, and from as far down the social scale as a workhouse boy. 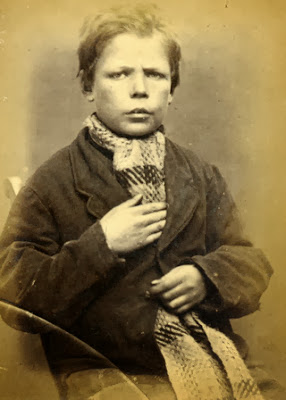 I’d be interested to know if the theatre ever purchased a play from the hand of a “workhouse boy.” But Stoker had something more to say about Caine. After telling his readers more about how Irving admired Caine, Stoker adds:

This critical forecast is very remarkable considering the writer’s age. At that time he was only in his twenty-second year. He had been writing and lecturing for already some time and making a little place for himself locally as a man of letters.

Although Stoker believed some approaches to writing were better than others, age experience, research, reflection, he had been surprised before and was likely to open to being so pleasantly surprised again.

Although Stoker believed in idealistic approaches to writing, he viewed writing as an art form that could be instinctive. I believe that, as intuitively as people want to speak, people want to tell stories. Like Stoker, I believe that research helps people find something more interesting to say and, probably, helps to give them the confidence to say it well.

I tend to think of Stoker as a man of little confidence because of the subservient role he played to Irving and because of how little time, comparatively, he devoted to his love of writing. But, in reading Stoker’s own views on writing, he tried to emulate what he saw as successful approaches to writing and produced “a great work of weirdness” to say the least.