Who Was the Lady of Shalott? 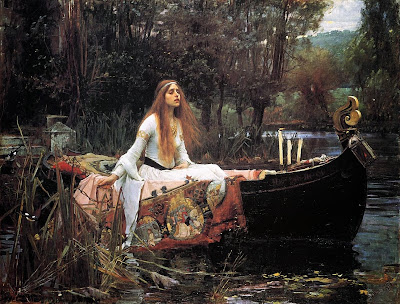 One of the characters in my novel is very beautiful and I imagine that, in person, she looked even more like John William Waterhouse’s famous Lady of Shalott than her identifiable portraits did. It occurred to me that the historical person I am writing about was contemporary to and geographically close enough to Waterhouse to pose for such a portrait and posing for a portrait is something she did do.

Could my character have been the famous Lady of Shalott? Surely, that would be too good to be true. It’s why I have to do so much research. I did find something interesting though.

Although we don’t know who most of Waterhouse’s whispy, nymph-like, Pre-Raphaelite models were, we now have an idea who the model for the Lady of Shalott might have been: Waterhouse’s half-sister, Mary Waterhouse. 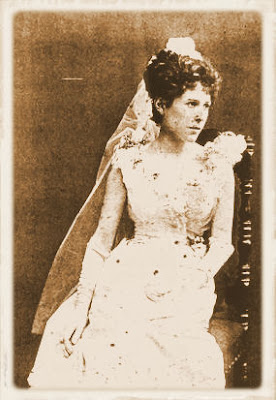 It was also interesting to find out here that Waterhouse’s studio is still used as an artist’s studio, the light is still perfect for painting, and the lady of Shalott was painted outside the studio with the model (likely Mary) sitting in a shrub in 1888, while Waterhouse filled in the rest of the painting from his imagination.

The Lady of Shalott was inspired by Lord Alfred Tennyson’s poem, which was even more influential in the late-Victorian era than it is today. Tennyson was a favourite and a friend of Bram Stoker.

The painting was donated to the public by Sir Henry Tate in 1894.