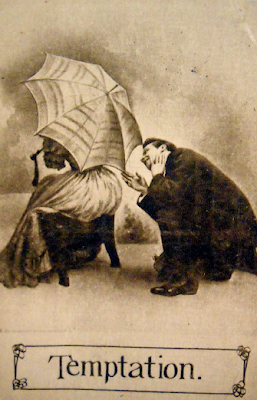 Strict codes of etiquette, in the late nineteenth century, meant there were lots of ways to say I love you, without actually saying it. Because marriage was so important, saying it to the wrong person could ruin a woman’s life. The process of courting was a complex risky business and these guidebooks, from the late nineteenth century, must have only made things harder. 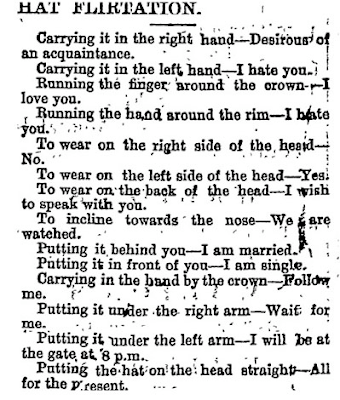 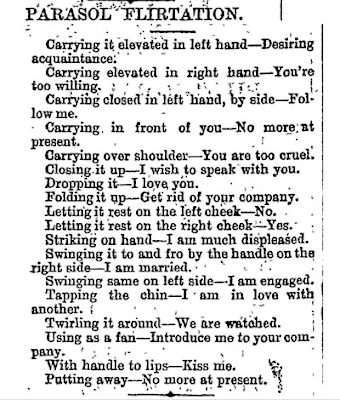 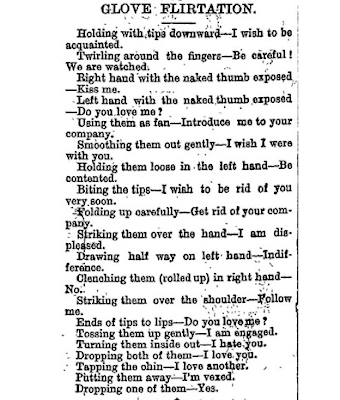 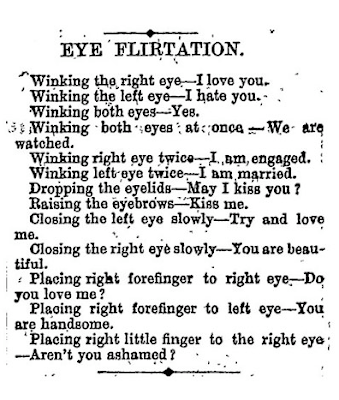 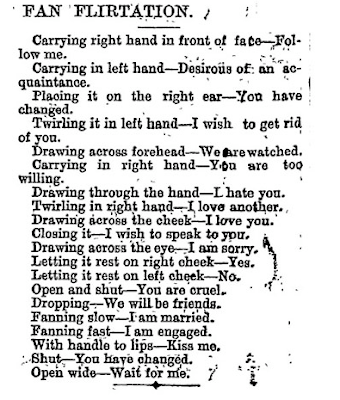 By nonchalantly carrying your hat in your left hand, you could accidently tell a potential suitor that you hated him. If you put your gloves away, he might think you are mad! Twirl your fan in your left hand and he’ll think you want to get rid of him. The handbook on fan flirtation was originally created by a Parisian fan shop. I suspect the others have similar origins. Here's one if you're curious!

Of course, I also have to wonder about the effectiveness of these tactics. If you are trying to send the message on purpose, wouldn’t your suitor have had to memorized the same instructions as you?