In the 1890s, the Illustrated London News' Christmas Supplement should have been called a Christmas Spectacular because it offered a range of spectacular stories from the outstanding writers of its day. Because it's almost Christmas, I'm including online links to the best of these stories throughout my post, just for you!

Established in 1842, the Illustrated London News was the world's first illustrated weekly news magazine. Sadly, it surrendered to online media in 2003. Most British histories of Christmas rely on the early Christmas Supplements for information about Victorian Christmas. After looking over them myself, I've found that the Christmas Supplement was overly concerned with how many "Englishmen" were spending the holidays abroad, though that mingled well with Empire, another popular theme.

The covers on their own attest to Victorian ideas of Christmas. Most of them feature women, who represent family and home life. Most of these women look like they are just freezing cold, but the stories, oh the stories, you could warm up reading those by a fire! 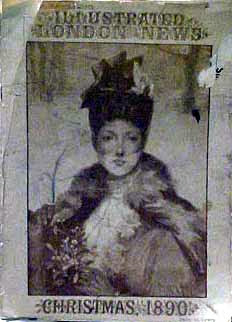 She doesn't look very happy about Christmas, but she is holding mistletoe. Maybe that's her sexy face?

One of the features that year was "Mrs Hauksbee Sits Out: An Unhistorical Extravaganza" by Rudyard Kipling. 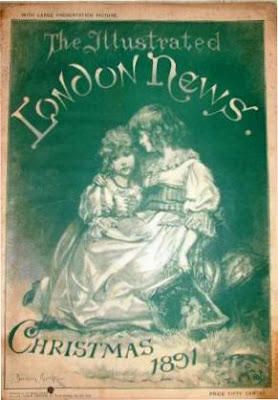 The 1891 Christmas Supplement brought us Thomas Hardy's "The son's Veto" and J.M. Barries's " The Inconsiderate Waiter." 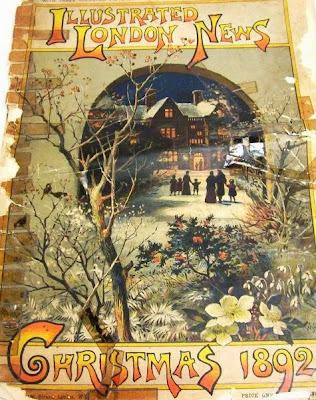 I can only say that with stories like these, the production value should go up, and it does in 1892. They also changes illustrators for the cover art. 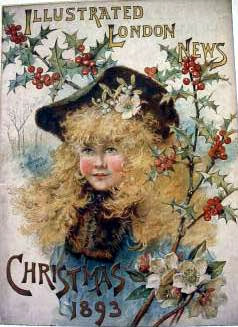 Kipling published "The Bridge Builder" in the 1893 Christmas Supplement. 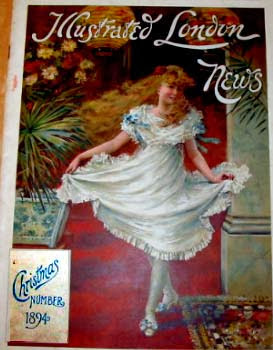 The cover girl of number 1894 looks like she's been drinking Coca-Cola! 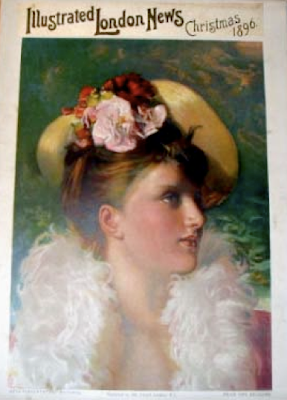 Number 1896 saw a return of Thomas Hardy with A Committee-Man of 'The Terror'. The Victorian Web has more on this story and this edition here. 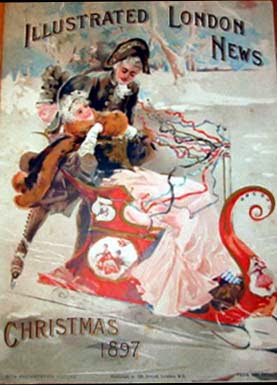 Walter Besant, the author responsible for putting Edmund Gosse in charge of seating at a dinner party, published in the 1897 Christmas Supplement. 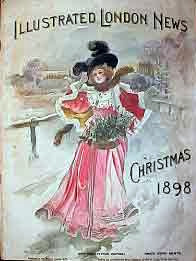 In 1898, Im beginning to resent all of these outdoor images of Victorian Christmases. My favourite Christmas memories are all about being warm and toasty inside! 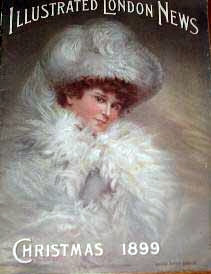 Which brings us to the end of the 1890s. This English cover girl is bundled up like a snow angel, reminding readers that snow is an essential part of an English Christmas. Without snow, what reason was there to bundle up by a fire? Without a fire, how could you roast chestnuts? In the 1890, an editor mourned for those poor people in the colonies: "I can't for the life of me conceive how our Australian kinsmen can contrive to keep Christmas under a sultry sky, which renders such a fire a physical impossibility."