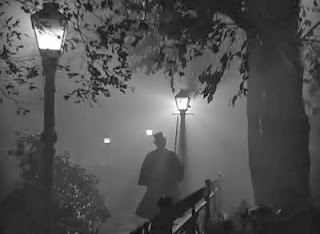 It was by this time about nine in the morning, and the first fog of the season. A great chocolate-coloured pall lowered over heaven, but the wind was continually charging and routing these embattled vapours; so that as the cab crawled from street to street, Mr. Utterson beheld a marvellous number of degrees and hues of twilight; for here it would be dark like the back-end of evening; and there would be a glow of a rich, lurid brown, like the light of some strange conflagration; and here, for a moment, the fog would be quite broken up, and a haggard shaft of daylight would glance in between the swirling wreaths. - Robert Louis Stevenson (1886)

Fog, fog, fog! All through Victorian literature, we have fog. It can be creepy, romantic, foreboding, a plot device, but it was also a deadly. In the Strange Case of Dr Jekyll and Mr Hyde, Stevenson beautifully describes the fog in London in the 1880s, which was really the toxic mixture of fumes that comprised the early stages of the Great Smog that would lead to the Clean Air Act (1956).

Even Punch took on the terror of the fog!

The fog, which was more like smog, got worse in December. It was bad all winter because, combined with the toxic clouds from the city’s factories, people used coal in their fires to keep warm. Together, they created a toxic mix of sulphur dioxide and combustion particles.

Reeking of coal tar, a fog filled parts of London in 1873, raising the death rate by 40%. The fog most commonly claimed the lives of people with respiratory ailments, the young, and the old, but it was also especially hard in poor neighbourhoods, where the wind brought smoke from factories in addition to what came out of people’s fireplaces. Mix that smoky death with the icy weather and improper clothing/nutrition... well, you get the point. 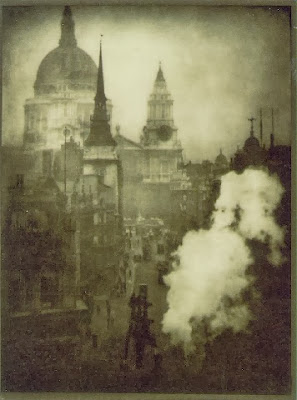 In December 1891 and December 1892, it felt like the sun never rose in certain parts of the city. Thousands died. People were horrified. Yet, no one did anything about it. It was as if it were an accepted part of London life. Londoners were called “Pea-Soupers” and London was called “the Smoke,” like this was just something you could expect from the city.

Of course, Oscar Wilde hides Dorian Gray in the fog:


He was walking home about eleven o'clock from Lord Henry's, where he had been dining, and was wrapped in heavy furs, as the night was cold and foggy. At the corner of Grosvenor Square and South Audley Street, a man passed him in the mist, walking very fast and with the collar of his grey ulster turned up. He had a bag in his hand. Dorian recognized him. It was Basil Hallward. A strange sense of fear, for which he could not account, came over him. He made no sign of recognition and went on quickly in the direction of his own house.

But Hallward had seen him. Dorian heard him first stopping on the pavement and then hurrying after him. In a few moments, his hand was on his arm.

"Dorian! What an extraordinary piece of luck! I have been waiting for you in your library ever since nine o'clock. Finally I took pity on your tired servant and told him to go to bed, as he let me out. I am off to Paris by the midnight train, and I particularly wanted to see you before I left. I thought it was you, or rather your fur coat, as you passed me. But I wasn't quite sure. Didn't you recognize me?"

"In this fog, my dear Basil? Why, I can't even recognize Grosvenor Square. I believe my house is somewhere about here, but I don't feel at all certain about it."