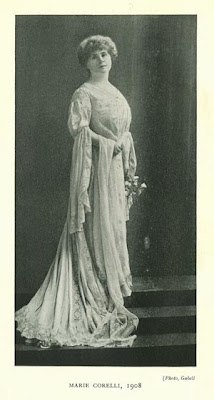 This blog has hitherto been incomplete without the inclusion of she, who outsold all of her contemporaries combined, Marie Corelli.

Born Mary Mackay, Corelli was the love child of a Scottish poet/songwriter, called Dr. Charles Mackay, and his servant, Elizabeth Mills. After receiving her education in a Parisian convent, Corelli returned to Britain at age 15 and followed in her father’s footsteps by beginning her career in music.

She took the name Corelli for the stage and used it as her nom de plume, beginning with her first novel, A Romance of Two Worlds (1886). It quickly became a household name, as she grew to be the most widely-read author of fiction, counting Winston Churchill and members of the Royal Family, as avid collectors of her work.

Of course, her contemporaries criticized her work the way that we criticize most popular fiction today. Mark Twain notoriously despised her, until they met. Basically, if everyone wants to read it, it must be trash. But her plots and themes explored topics that fascinated the late nineteenth- and early twentieth-century reading public. 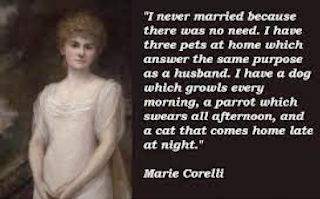 Use the links below to download her work for free and learn what all of the fuss was about. 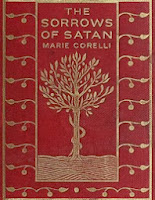 This is by no means a complete list of her works, just the novels that I could find links to free eBooks for.