1. Bram Stoker was a good dancer and especially liked to waltz.

2. Stoker was named after his father, a clerk at Dublin castle, who walked miles every day to work for fifty years.

5. His brother, Dr. George Stoker, came to live with him, after travelling through Eastern Europe. Stoker was writing and researching Dracula at the time. George’s stories about his travels and the people he met might have informed the novel.

7.Stoker liked to use the word “weird.”

8. At age twenty-two, Stoker fell in love with the poetry of Walt Whitman and wrote Whitman a fan letter that sparked a great literary friendship.

9. Whitman thought of Stoker as a son: “he has always treated me like a best son.”

10. Whitman’s then-controversial and homoerotic Leaves of Grass was Stoker’s first encounter with the poet. He said: “Needless to say that amongst young men the objectionable passages were searched for and more noxious ones expected.” 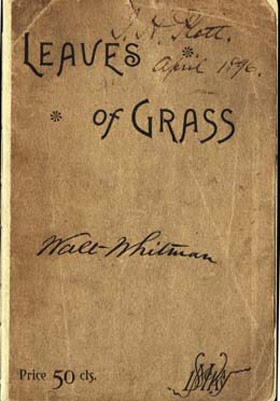 11. The young Stoker described himself as follows:


“I am six feet two inches high and twelve stone weight naked and used to be forty-one or forty-two inches round the chest. I am ugly but strong and determined and have a large bump over my eyebrows. I have a heavy jaw and a big mouth and thick lips—sensitive nostrils—a snubnose and straight hair. I am equal in temper and cool in disposition and have a large amount of self control and am naturally secretive to the world. I take a delight in letting people I don’t like— people of mean or cruel or sneaking or cowardly disposition—see the worst side of me.”

12. Stoker was often nervous having conversations in groups, but could speak easily one on one.

13. Stoker attributed his love of writing to a long illness he had in early childhood, which prevented him from even being able to walk. He said his earliest memories were of being carried from place to place and “I was naturally thoughtful and the leisure of long illness gave opportunity for many thoughts which were fruitful according to their kind in later years.”

17. Stoker usually didn’t write more than a page at a time.

18. In spite of this, Stoker wrote most of his stories very quickly, with the exception of Dracula, which was at least seven years in the making.

19. Although there are many theories on who inspired Dracula, Henry Irving is one of my favourite because Stoker asked him to play Dracula in the theatrical version of his novel. Irving, however, refused.

20. Irving liked to make fun of him for his Irish national pride and support for Home Rule.

21. Stoker always took it personally when Irving made fun of him.

22. When Stoker first met Irving, he helped save him from bankruptcy and said: “no artist can properly attend to his own business.”

23. This led to many years of employment and an elevated position in London Society as Irving’s business manager, but Stoker didn’t always feel so secure in this role and faced the competition and ridicule of a young journalist, later employed by Irving as personal secretary, Louis Frederick Austin.

24. Austin and Stoker didn’t get along and Austin claimed that Stoker was lying when he said he did most of Irving’s speech writing and press statements for him.

25. Stoker spent most of his career working on the business end of theatre and believed strongly in government subsidies for the arts.


“The strain of ceaseless debt must always be the portion of any one who endeavours to uphold serious drama in a country where subsidy is not a custom. In the future, the State or the Municipality may find it a duty to support such effort, on the ground of public good. Otherwise the artist must pay with shortened life the price of his high endeavour.”

26. Although Stoker wound up devoting most of his time to the theatre, he wanted to move to London to be a writer before he ever met Irving.

27. While living in London, Stoker also managed to earn a law degree.

28. Stoker was a night owl. He enjoyed staying up all night and seeing the dawn break.

29. Stoker always took a bath before going to bed.

30. Stoker liked thinking of himself as large.

32. Stoker felt it showed poor manners to have a second drink when someone else was buying.

33. Stoker thought brandy was good for your health.

34. Stoker’s son claims his dad got the idea for Dracula from a nightmare he had after eating too much dressed crab.

35. Stoker was interested in mesmerism and the occult sciences. He had strong links to the Hermetic Order of the Golden Dawn. 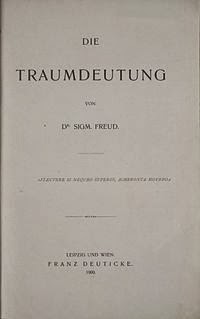 36. Stoker was fascinated by dreams. He studied dream theory, while writing Dracula.

37. Stoker described watching someone high on opium as moving and speaking, “like a man in a dream.”

39. As much as Stoker liked German folklore, he didn’t speak German.

40. Van Helsing was an amalgamation of at least three different characters Stoker wanted to include in the book, including a German professor.

41.Although Stoker supported Home Rule, as an Irish Nationalist, he was also a monarchist, in support of England as a force for good in the world.

42. Stoker was against any form of violent Irish nationalism.

43. Contrary to popular belief, there is no evidence that Stoker died of syphilis - only that he suffered from a number of Strokes before he died. It’s possible that he was also suffering from depression toward the end of his life.

44. Stoker didn’t like giving up his career with Irving at the Lyceum. He was upset that Irving sold the theatre without consulting him. This might have caused the onset of depression. 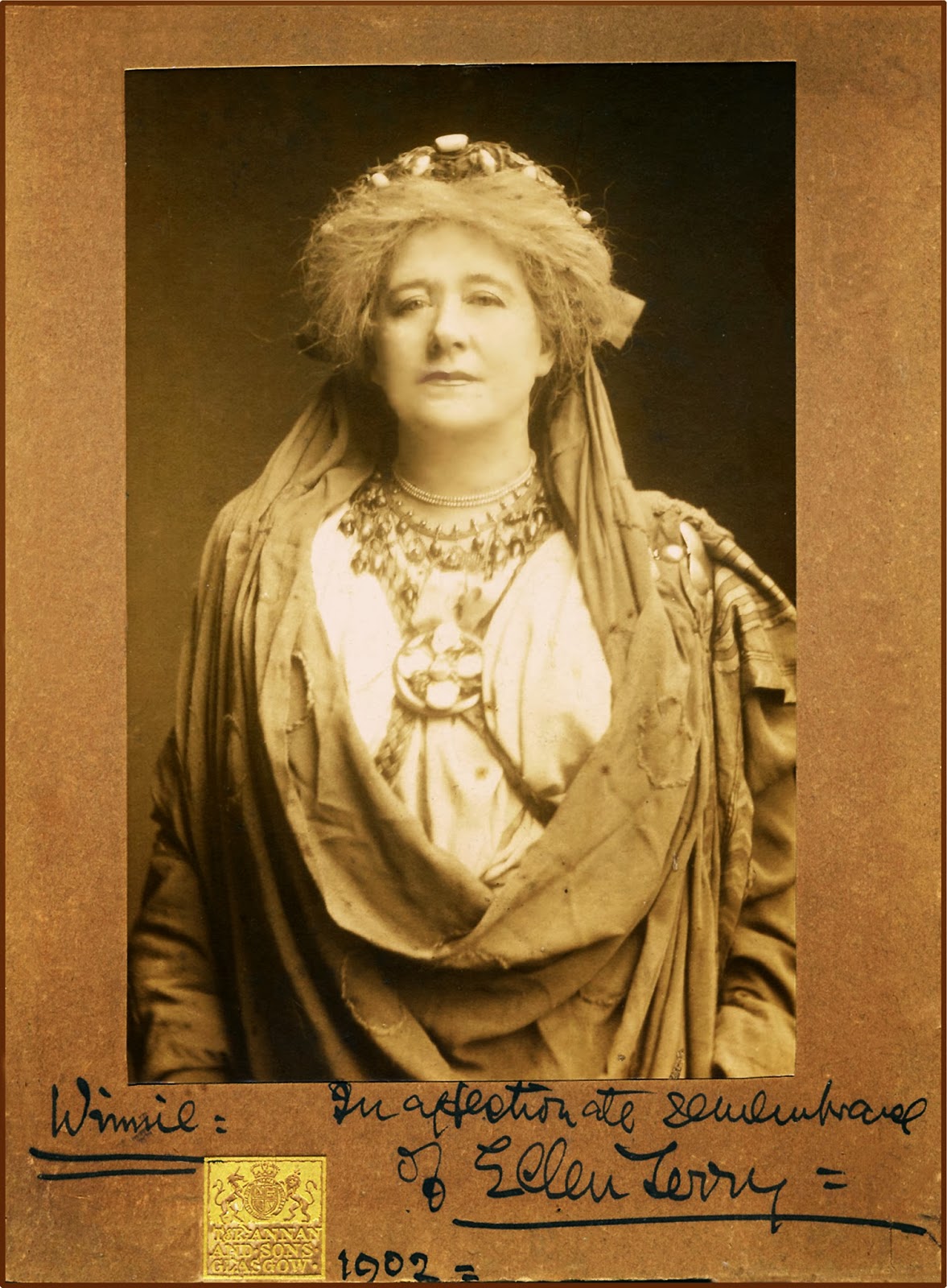 45. Even though Stoker’s wife always wanted to and even tried starting a career as an actress, Stoker considered Ellen Terry the best actress of their time. Terry was the female star of the Lyceum. Stoker said:


“Ellen Terry is a great actress, the greatest of her time; and she will have her niche in history. She is loved by every one who ever knew her. Her presence is a charm, her friendship a delight ; her memory will be a national as well as a personal possession.”

46. Stoker’s wife was considered one of the three most beautiful women in England, but their marriage was platonic after the birth of their only child.

47. Although the documentary Dracula’s Bram Stoker makes a strong argument that Stoker was gay, there’s no evidence that he ever cheated on his wife with a man or a woman.

48. When Stoker died in 1912, Sotheby’s auctioned off his library. Whitman’s lecture on Lincoln, which he bequeathed to Stoker, sold for $25.

49. His wife tried to put a stop to the film: Nosferatu (1922) because, as Stoker’s widow, she owned the rights to Dracula, hadn’t been consulted and hadn’t been paid any royalties. This resulted in a lengthy court case, which she eventually won, while trying to destroy any and all copies of the film. As much as I like her as a historical figure, I’m glad she didn’t succeed.

50. On his 165th birthday, Stoker was honoured with a Google Doodle.