I found this marvellous article in the Los Angeles Herald with a sketch of Oscar Wilde's wicked brother in it. Willie Wilde grows more and more wicked with every bit I learn about him. This article ends with Willie's American wife, Mrs. Frank Leslie, complaining about the way the press has treated her for her marriage to Willie. The author, Belle Hunt, also reveals that Willie was caught forging a cheque in Leslie's name a year before they were married. As George Takei would say: "Oh my!" 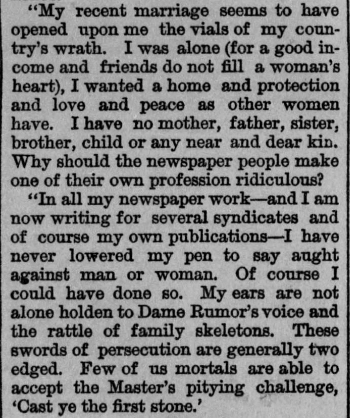 It certainly seems that Willie's vile reputation preceded him in the United States. 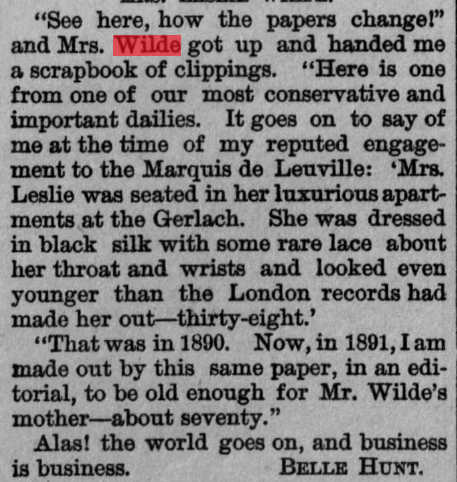 To be fair, Leslie was old enough to be Willie's mother. Within a year's time, she would send him back to his mother.