Not every Canadian, who moved to London, was as wonderful as Robbie Ross. One was the Lambeth Poisoner. Dr. Thomas Neill Cream was born in Glasgow, raised in rural Quebec, and attended to McGill University.

At age 26, he married Flora Brooks in a shotgun wedding; her family forced him to the church at gunpoint (and Canadians are usually very nice people). She was pregnant, and the abortion he performed almost killed her. They went to London, so he could attend medical school, and she died of consumption a year later, or did she?

A year after Flora's death, Cream left London England for London Ontario (my hometown). It was 1878. He set up a medical practice, and had an affair with Kate Gardner.

She turned up dead in the alley behind his office, pregnant and poisoned by chloroform.

Cream claimed a prominent local business man got Gardner pregnant, but suspicions mounted. When he was accused of both murder and blackmail, he fled to the States.

Abortions were Cream's specialty. Before long, he set up a new practice outside Chicago's red-light district. Abortions were illegal in Chicago. In August 1880, Mary Anne Faulkner died on his operating table, but Cream managed to escape charges. That December, Miss Stack also died after being treated by Cream.

This time, Cream blamed the pharmacist, and tried to blackmail him.

Cream lost another patient in July 1881, when Daniel Stott died of strychnine poisoning, after seeing Cream for his epilepsy. Stott's death was initially attributed to natural causes, but after the pharmacist refused to be blackmailed, Cream wrote to the coroner.

The police arrested Cream and Mrs. Julia A. (Abbey) Stott, Stott's wife, who was having an affair with Cream and got the poison from him to get her husband out of their way. When push turned to shove, she provided the evidence against Cream to avoid going to jail. Cream was found guilty and sentenced to life in Joliet Prison.

Cream and his brother had inherited money from their father's death, and Cream used this to go back to England. He set up residence at 103 Lambeth Palace Road. It sounds nice, but Lambeth was full of poverty at the time, not unlike Chicago's red-light district.

On 13 October 1891, 19 year-old Ellen "Nellie" Donworth accepted a drink from Cream. She fell ill the next day and died three days later from strychnine poisoning. In spite of Stott's death, Cream had developed a pattern of poisoning women, and trying to profit from their deaths. During Donworth's inquest, he wrote the coroner hoping for a £300,000 reward if he could name the killer. He was trying to blackmail W. F. D. Smith, owner of the W H Smith bookstalls. 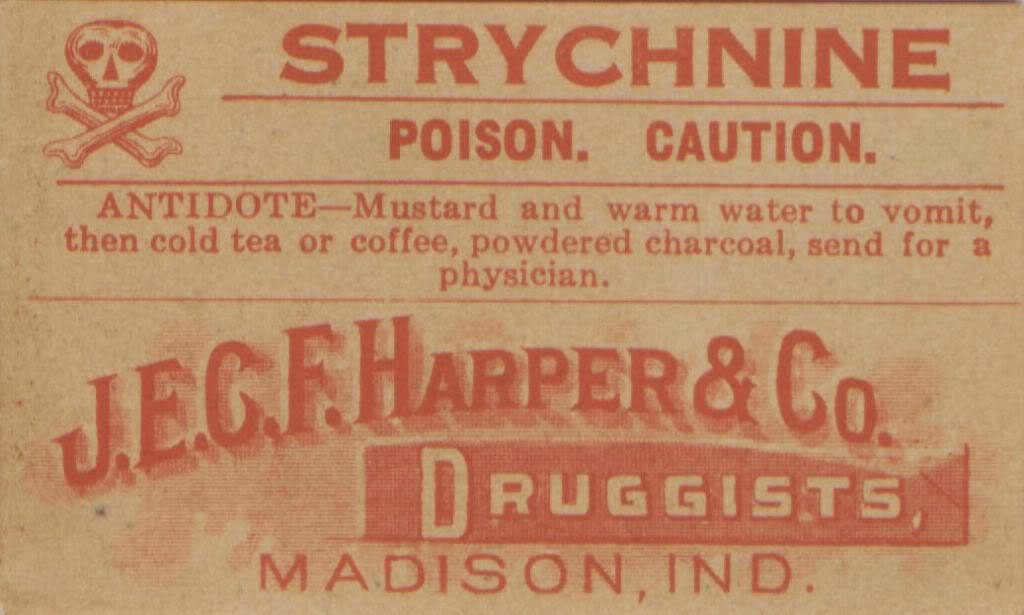 On 20 October, Cream met 27-year-old Matilda Clover. She died the next morning. Initially, the coroner thought the cause was alcoholism.

Cream took a holiday, and went to Canada, but he'd be back.

On 11 April 1892, Cream met 21 year-old Alice Marsh, and 18 year-old Emma Shrivell. He talked his way into their rooms, and gave them each bottles of Guinness. He left before the strychnine  took effect. Both women died.

The hunt for the Lambeth Poisoner had been on since Donworth's death. Cream didn't know that they didn't suspect murder, when he anonymously wrote to them - offering to reveal the killer. The police were convinced that the author of the letter was the serial killer, already referred to in the papers as 'the Lambeth Poisoner.'

Soon, Cream ran into a police officer from New York City, on holiday in London. The officer had heard of the Lambeth poisoner and was interested in the case, so Cream gave him a murder tour, pointing out where each of the victims lived. When the American police officer mentioned this tour to a British police officer, they were right to be suspicious, and Scotland Yard put Cream under surveillance, which revealed Cream's affinity for prostitutes.

It didn't take long for them to find out about Cream's criminal past, and on 13 July 1892, Cream was arrested for the murder of Matilda Clover.

Newspapers from the period refer to him as Dr. Neill because he insisted that was his name, presumably to try to distance himself from his criminal past.

He was sentenced to death in October that year. 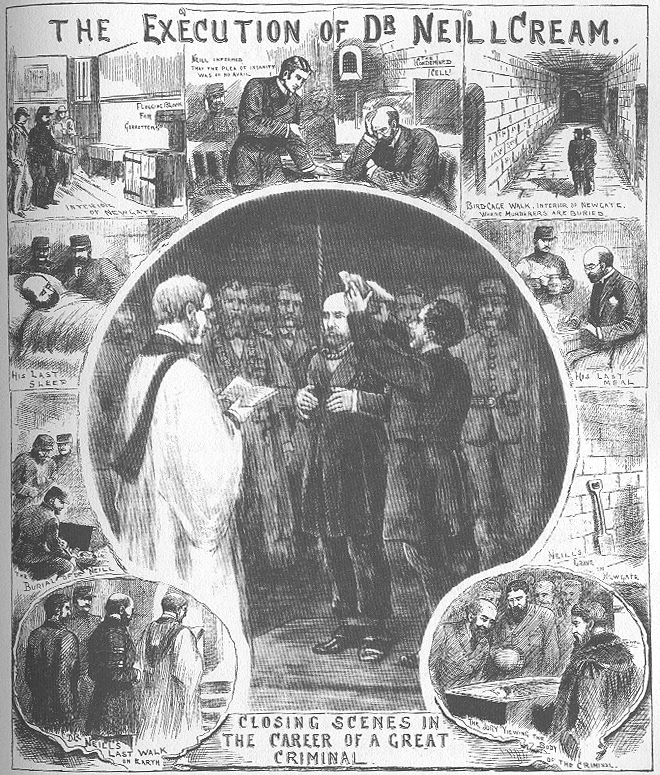 On 15 November, Cream was hanged at Newgate Prison by James Billington. Billington claimed that Cream's last words on the scaffold were "I am Jack The..."

Cream was an active serial killer longer than Jack the Ripper was, but his desire to be associated with the famous murderer further reveals the narcissistic nature of Cream's sadistic psychopathy.