The Most Haunted House in London... or not? 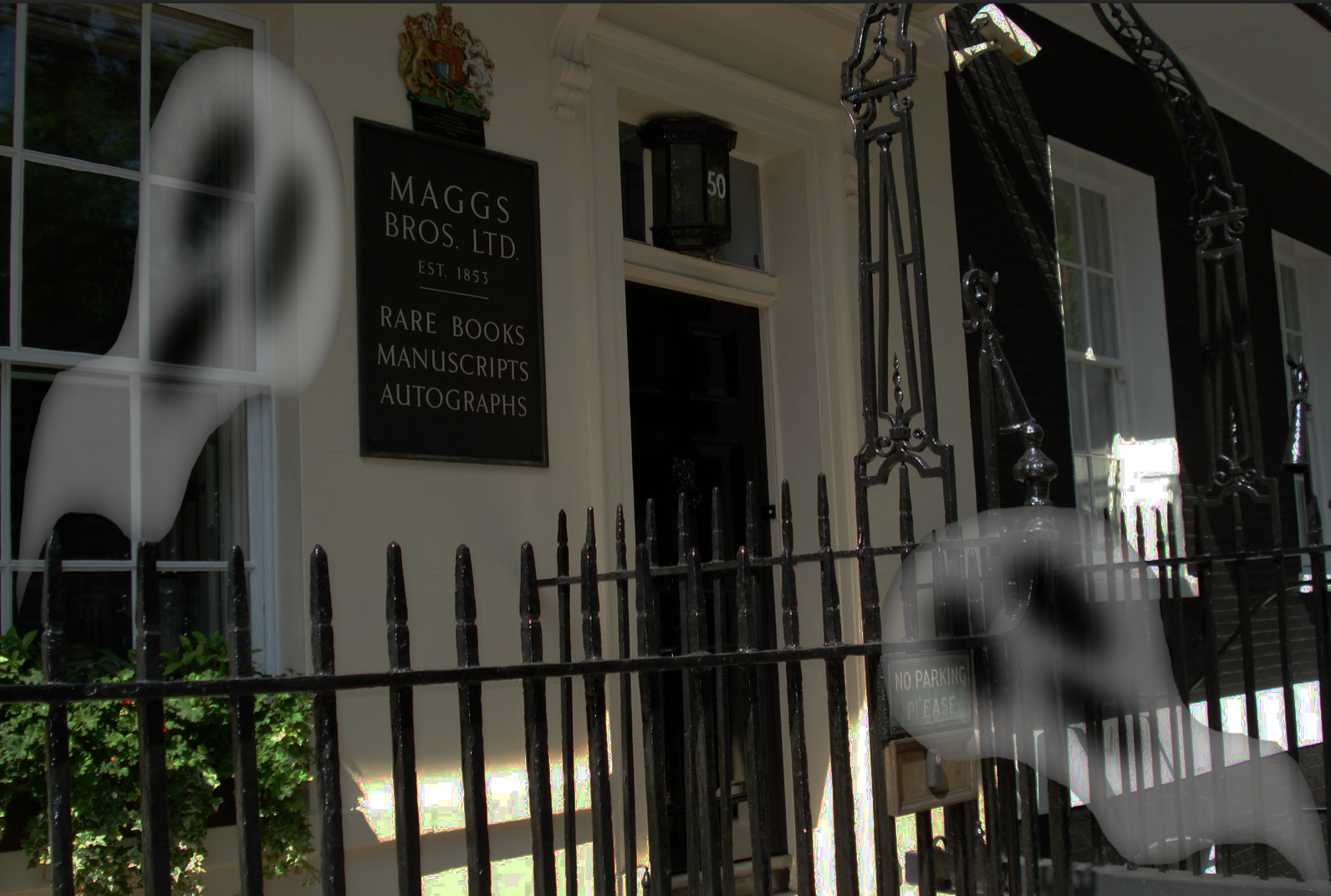 The haunted upper floor of the headquarters for Maggs Bros Rare bookseller have been out-of-bounds since the 1950s, and one room in the attic is said to be so haunted that it has driven at least two men to their death through 'fits.'

The four-storey house at 50 Berkeley Square was built around the end of the eighteenth century. It housed Prime Minister George Canning. Then the Viscount Bearsted, bought the house, and rented it out. It was resold, and eventually purchased in 1937 by Maggs Bros, a firm of antiquarian book dealers.

Alternately called the most haunted house in London, and not haunted at all, the original source of the specter is said to be the spirit of a tormented young woman, who threw herself out of the top-storey window, to escape the abuse of her uncle.

According to Charles Harper the haunting of the house in Berkeley Square was known throughout London, and even attracted tourists of the supernatural. Harper wrote in 1913 that:


There is quite a literature accumulated around No. 50, and even in the staid pages of  Notes and Queries the questions of "Haunted or not haunted? and if so, by what or whom?" have been debated. It seems that a Something or Other, very terrible indeed, haunts, or did haunt, a particular room. This unnamed Raw Head and Bloody Bones, or whatever it is, has been sufficiently awful to have caused the death, in convulsions, of at least two foolhardy persons who have dared to sleep in that chamber.

Harper goes on to describe a case that was reported in 1887.


The story is told of one who was not to be deterred by the fate of an earlier victim. He was skeptical and practical as well. Before retiring to bed he gave some parting instructions to those who occupied the rest of the house. "If I ring once," said he, "take no notice, for I might perhaps be only nervous, without due cause, but if I ring twice, come to me."

He should have chosen to signal with a second ring if all was not well.


They bade him good-night. When the clock struck twelve they heard a faint ring, followed by a tremendous peal, and on opening the door, they found the unfortunate man in a fit. He died, without ever being able to reveal what It was.

Harper talks about how past owners had to pay people to live in the house so that it wouldn't sit empty.

You can read Haprer's Haunted Houses: Tales of the Supernatural: With Some Account of Hereditary Curses and Family Legends (1907) for free online.