Cycling for the Insane 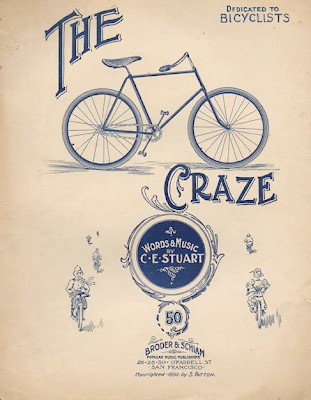 Feeling down? Get outside and ride your bike! That’s the advice C. Theodore Ewart M.D. Assistant Medical Officer at the Leavesden Asylum put forward in his article: “Cycling for the Insane,” published in the Journal of Medical Science (July 1890).


It’s easy to look back at the scientific ideas of the past and poke fun, but this idea of exercising for depression and other issues of mental and emotional well-being hasn’t died off at all. To me, this is like adding insult to injury, telling a person, who is already down, that they are also lazy. There is some merit to Ewart’s ideas. I certainly find some relief from doing exercises when I’m feeling down, but, when Ewart wrote the following, he couldn’t have been discussing a cure-all. 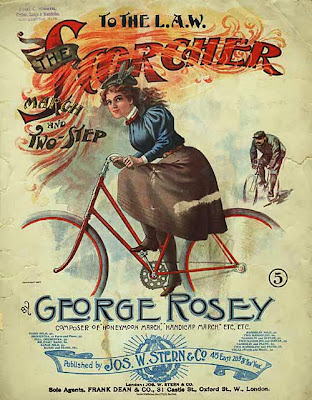 Rushing through the air at 12 miles an hour, will lift the gloomiest thoughts from the mind, be it only for a short period, and what torpidity of soul is not surmounted by the continuous, delicate interaction of nerve and muscle!

Surely, none of the patients at the Leavesden Asylum suffered from agoraphobia.

I joke, of course, but I did find some real value in reading this old article. I got to look up pictures of Victorians on bicycles and tricycles and it is an interesting reflection of what was happening culturally at the beginning of the 1890s. Bicycles were still considered a new thing. When Ewart writes about riding them, he talks about “operating the machine” and this was a hip topic in 1890.


The object of the following remarks is to discuss the question of cycling purely in its relations to health. No attempt will be made to give a history of its growth from the “dandy-horse” and “bone-shaker” to the roadster, racer, tandem, and sociable. A knowledge of cones, balls, spoon or band brakes, of steering and gearing, although practically useful, has little direct bearing on the hygienic aspect of this pursuit, with which alone we are here concerned. 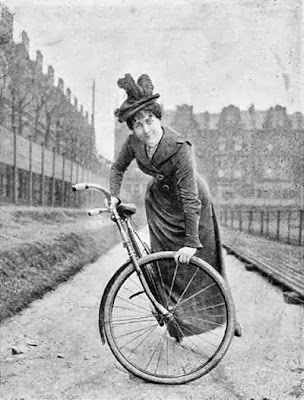 When the ordinary non-cycling observer sees a rider gliding quietly along a bit of smooth roadway with apparently the least possible expenditure of muscular power, he is apt to believe that speaking of bicycling as “exercise” in the ordinary acceptation of the term is to be guilty of culpable exaggeration. ... he will be inclined to suggest that bicycling exercises only the legs, and that on this account it falls short of the standard of ideal exercise.

When Ewart uses the word “hygienic” above, we all know that he meant “healthy” and didn’t mean to imply that riding a bike was like disinfecting your hands or taking a shower. For example, “hygienic dress” was something many middle-class reformers were all about, when it come to the hazards of tightly-laced corsets and women’s health. 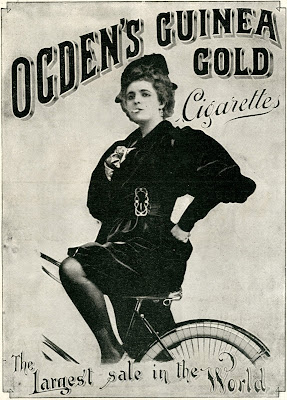 It seems that, in writing this piece, Ewart was negotiating some tricky and complicated territory. He uses the pronoun “he” a lot to talk about people in general, but he really wants to talk about women because they made up most of the population of his asylum and Victorians had this view that women were fragile and shouldn’t be subjected to vigorous exercise, but he does want to say that they should exercise.


The main feature of the exercise is not so much the propulsion of the machine as the balancing of it - the adjustment of the body in its application of motive power in such a manner as to secure and equal distribution of its weight on each side of the direct line of motion.

But, don’t discount it as anything less than marvelous just because it’s easy.


For any exercise to take a really high rank, it is requisite that it should be taken in the open air, and in this respect few, if any, can approach cycling.

Building up cycling as an acceptable and useful exercise for insane women wasn’t enough for Ewart.

He had to take down walking.


A walk may often be a dull affair, the fixed natural objects passed may be too familiar to the walker, who, from the comparatively limited area at his command, has of necessity to traverse the same ground; variable objects, animate and inanimate, do not present themselves with sufficient rapidity to break the spell of monotony. The cyclist, however, need never find his ride dull - he has a larger range at his command, the number of objects of interest he passes is multiplied by his pace, and the mind is supplied with a constant succession of occasions for pleasant observation. 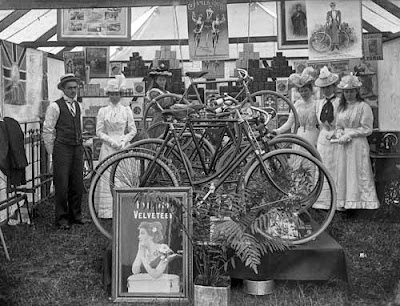 Sports were gaining popularity among women by the 1890s, but connotations of the New Woman still accompanied women’s fitness and healthy living. Ewart was aware of this trend and, as a professional working in an insane asylum, he was also aware of the higher rates of institutionalized insanity among women.


It is impossible to over-estimate the value of any out-door exercise which provides itself both suitable and attractive to women, and there is nothing whatever in the nature of the exercise to render the use of the use of the tricycle of more service to one sex than to the other, whereas the greater degree of confinement in the asylum to which the female patients are necessarily subjected, and the more restricted number of out-door exercises which are open to them, render it all the more important that this recent addition to the list should receive full and general recognition.

Of course, Victorian women weren’t more prone to mental illness any more than their male counterparts, but their male counterparts had significant power over their lives, which easily led to abuse. The husband, father or guardian of a Victorian woman of any age (if she were older this could be her son) could and did have women certified as insane without doctors ever talking to her. Hysteria was a popular diagnosis, but epilepsy, infidelity and independent thought were also reasons women found themselves in asylums, like Ewart’s Leavesden. 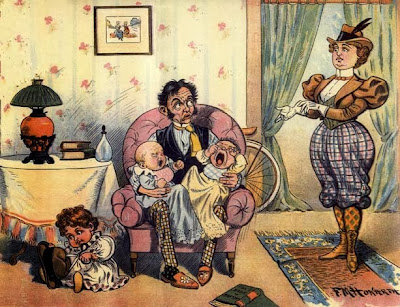 That being said, Ewart talks about them like they are just really sad and ought to ride a bicycle.


For most of us the exquisite loveliness and delight of a fine summer’s day have a special charm. The very life is luxury. The air is full of sound and sunshine, of the song of birds, and the murmur of insects; the meadows gleam with golden buttercups, we almost fancy we can see the grass grow and the buds open; the bees hum for very joy; there are a thousand scents, above all, perhaps, that of new-mown hay. There are doubtless many patients before whom “all the glories of heaven and earth may pass in daily succession without touching their hearts or elevating their minds,” but, in time, it is possible even these would, by means of cycling, have their love of Nature, which had been frozen or crushed out, restored. Thus all Nature, which is full of beauties, would not only be a never-failing source of pleasure and interest, but lift them above the petty troubles and sorrows of their daily life. 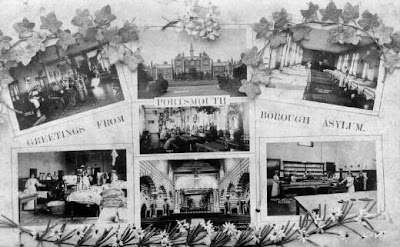 Though Ewart writes to encourage other asylums to adopt and encourage exercise regimens that include cycling for women, this piece reads like general advice on how to stay healthy and mentally stable, even though it was published in the Journal of Medical Science.