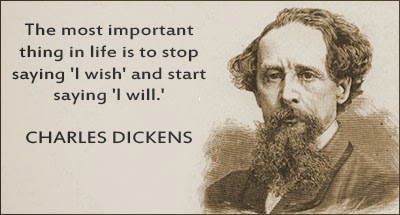 Generally, I'm not a fan of reading contemporary ailments onto historical figures, but, while searching for more information on Bunbury, which is only remotely connected to my novel at this point, I came across Nicholas Daly's article on railway novels. The introduction to his article left me convinced that Charles Dickens had post traumatic stress disorder (PTSD). On June 10, 1865 the London Times reported a "Dreadful RailwayAccidentat Staplehurst:10 Persons Killed-Upwards of 20 Wounded."One of the passengers, who had "a narrow escape . . . fortunately for himself and for the interests of literature,"was Charles Dickens. The previous day the 2:38 tidal train from Folkestone had come off the rails at the viaduct just outside Staplehurst. The track was being repaired at the time of the accident and a section of it had been taken up. Having read the wrong time-table, the foreman in charge of the repairs did not expect the train for another two hours, and by the time the train driver saw the flag man who was in the wrong place it was much too late to brake. The front of the train cleared the gap in the tracks, but the rest of the carriages plunged down into the river bed. Only one of the seven first-class carriages escaped the fall by being securely coupled to the second-class carriage in front. In that fortunate carriage were Charles Dickens, his mistress, Ellen Ternan, and her mother. Also present was the manuscript of Our Mutual Friend, which, famously, Dickens rescued from the precariouly balanced carriage, after first extricating the Ternans and offering assistance to the injured and dying. Ellen Ternan appears to have been hurt in the crash, but Dickens felt no ill-effects until he was back in London, when he describes himself as being "quite shattered and brokenup." "Shaken"is the word that he uses to describe his nervous condition in letter after letter. On June 10 he apologizes to Charles Lever that he "can't sign [his] flourish, being nervously shaken." On June 13, in a letter to Thomas Mitton, he describes himself as still reliving the original impact:" In writing these scanty words of recollection I feel the shake and I am obliged to stop." On June 21 he still feels "a little shaken in [his] nervous system by the terrible and affecting incidents of the late railway accident." And the effects lingered long after, as Peter Ackroyd describes:

["]The effect of the Staplehurst accident "tells more and more," [Dickens] noted in 1867, and then a year later he confessed that ". .. I have sudden vague rushes of terror, even when riding in a hansom cab, which are perfectly unreasonable but quite insurmountable." His son, Henry, recalled that "I have seen him sometimes in a railway carriage when there was a slight jolt. When this happened he was almost in a state of panic and gripped the seat with both hands." And Mamie remembered that ". .. my father's nerves never really were the same again ... we have often seen him, when travelling home from London, suddenly fall into a paroxysm of fear,  tremble all over, clutch the arms of the railway carriage, large beads of perspiration standing on his face, and suffer agonies of terror. We ... would touch his hand gently now and then. He had,  however, ... no idea of our presence"["]

Although Dickens got off lightly in the accident itself, then, the original jolt seems to have left its mark on his body, to have filed itself away in his nervous system; he relived the event over and over, experiencing all the anxiety that he didn't feel at the time. He died on the anniversary of the crash five years later. As Wolfgang Schivelbusch notes, we can identify Dickens as one of the most famous victims of a peculiarly modem form of nervous after-effect: shock. 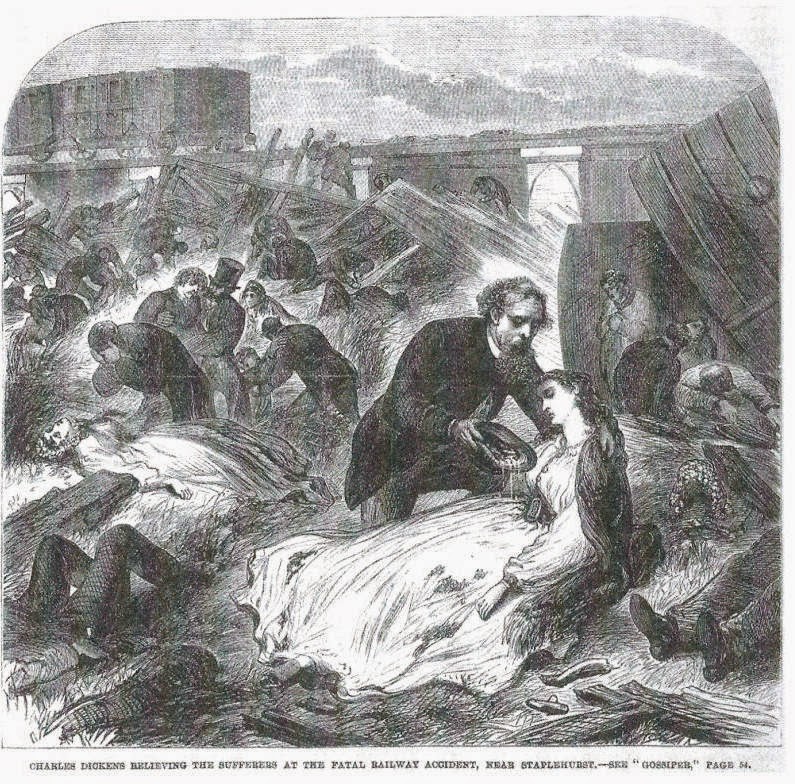 "Shock," specifically shell-shock after the First World War, was what helped modern doctors identify PTSD. PTSD is most common among veterans, but it can happen to anybody that has experienced a traumatic event. Symptoms usually become evident 1-3 months after the event. About half of all Americans with PTSD never seek treatment. About 21% of those who do get inadequate treatment.

If you have enjoyed the work that I do, please support my Victorian Dictionary Project!
Posted by Tine Hreno at 11:10 AM