The Feejee Mermaid and the Fur-bearing Trout 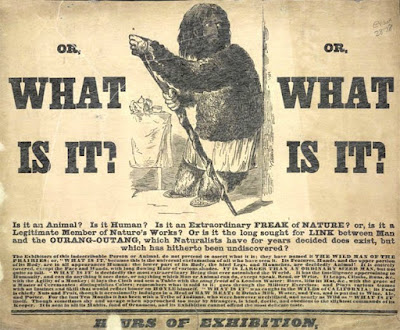 Freak shows and taxidermy: these two trends coincided with horrifying results in the Victorian era.

The popularity of freak shows saw its first rise in the Elizabethan era and examples of taxidermy in apothecaries date back to the middle ages, but something special happened in the nineteenth century when American circuses began touring Europe and exporting their ideas. That special thing was P.T. Barnum's Feejee mermaid. 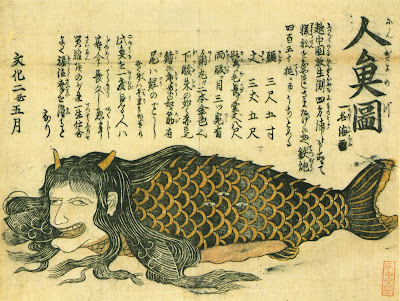 The Feejee mermaid began its life in Japan, where some fishing communities had long histories of creating taxidermy hybrids out of monkey torsos and fish tails, which after is what the Feejee mermaid actually was. An American sailor, Captain Samuel Barrett Edes bought the mermaid in Japan for $6,000 and displayed it in London in 1822. No big deal, until it was sold to the Boston Museum after Edes' death in 1842.

The museum presented it to P.T. Barnum, who confounded a naturalist with it. Though confounded, the naturalist would not attest to its authenticity because he simply did not believe in mermaids. Barnum saw a certain appeal in the mermaid and leased it from the museum for $12.50 a week, then wrote fake letters to New York newspapers from around the country, which served to fabricate a new origin story for the Feejee mermaid. Through an elaborate ruse and the assistance of Dr. J. Griffin, Barnum generated enough publicity to launch the Feejee mermaid's new career as a public curiosity.

This original Feejee mermaid was most likely lost to one of multiple fires in Barnum's museum, but it was such a popular and controversial attraction that the idea was copied many times - often with the correct spelling of Fiji.

The copycats grew increasingly innovative, giving rise to the dime museum in London and the United States. Dime museums were designed to entertain and 'morally educate' the masses (lower classes), although the 'moral education' involved appears to centre on the perverse logic of the anti-masturbation movement. As a social trend, dime museums reached their peak in the 1890s and began to peter out in the 1920s.

If you thought the Feejee Mermaid was bad, dime museums gave us the fur-bearing trout. Fur-bearing trout purportedly live in the coldest parts of the rivers and lakes of the Northern reaches of North America. Supposedly, the fur-bearing trout either grew its hair to keep warm down there, or because someone accidentally spilled four jugs of hair tonic in the Arkansas River. 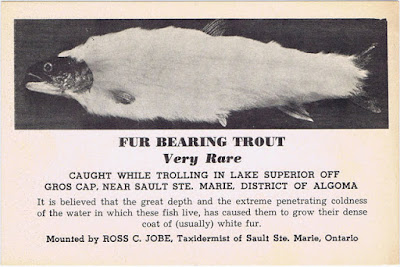 Perhaps the most tragic thing about dime museums was that they were able to convince many people that their exhibits were real and these people would go on believing in ridiculous things for a very long time. A Canadian, Ross C. Jobe purchased one of these taxidermy trouts, which he presented to the Royal Museum of Scotland, where the fish was found to be covered in rabbit fur.

If you have enjoyed the work that I do, please consider supporting my Victorian Dictionary Project!
Posted by Tine Hreno at 7:53 AM