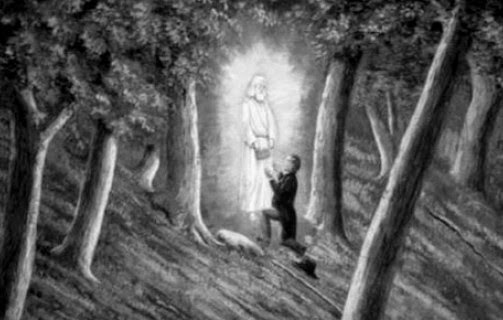 
There are no perfect rules for sexual behavior, but the conservative elements of society often try to enforce traditional rules and understandings. Sometimes when these rules are based upon mistaken ideas, they generate more problems than they solve. - "Shattering Sacred Myths," The Academy of Evolutionary Metaphysics, 2005.

Religion can be defined in many ways. For the purposes of this discussion, I'm defining it as a set of beliefs about what life means, and how it ought to be lived. I'm going to focus on how religion in 1890s London influenced the way that men thought they ought to be living their sexual lives.

Religion was different in the early-Victorian era from what it became after Darwin published the Origin of Species in 1859. In the late-Victorian era, people were not so much moving away from religion as they were moving away from literal interpretations of the Bible. This is the time when people started to feel "more spiritual than religious," which I still hear people saying today.

Contrary to what American Creationists claim, Darwin didn't turn very many people away from religion. The Presbyterian Church of England was founded in 1876. Jehovah's Witnesses evolved out of the Bible Student Movement of the 1870s, which also gave rise to the Watch Tower Society. New Churches began forming around the world at a rate not seen since the Protestant Reformation, and this continued into the early-twentieth century. 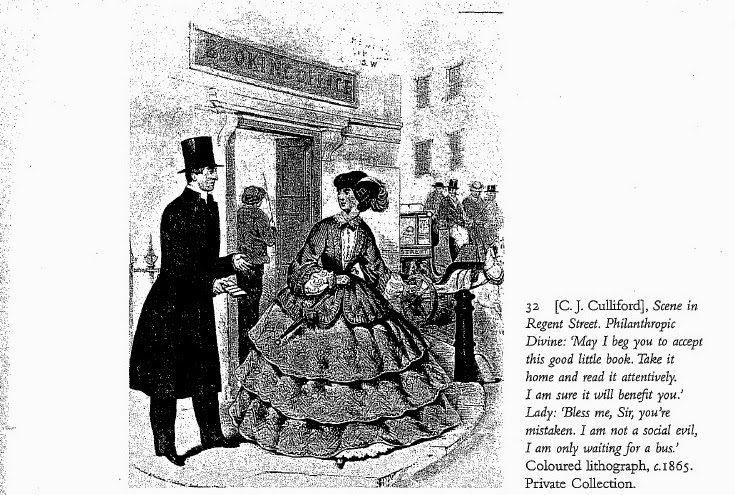 While many clung harder than ever to their religious beliefs, others began understanding religion in new ways. For some, this meant exploring the history of religion around the world, and lead to the creation of hybrid religious organizations in London, like the Hermetic Order of the Golden Dawn, and numerous other spiritualist cults, including sex cults that claimed the expression of female sexuality was divine and/or men should have as many wives as possible.


"It was an era of religion and faith, and intellectual change." - Nina Auerbach

The Salvation Army was founded in 1865, in the throws of the Darwinian Revolution, and represents the kind of change that was happening. Still riddled with ethical problems, the Salvation Army has always been something of an activist church that has maintained a vision of Christianity in action. It has, since its founding, promoted the idea that the ideal expression of one's faith is through good works, especially helping those less fortunate. 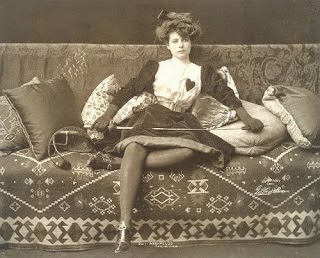 The flip side was what bad works could get you. Sex and sexual desire, outside of the desire to procreate within marriage, could create tremendous feelings of guilt, and was likely one of the reasons that 'discipline and punishment' was a popular fetish in Victorian pornography.

If one doesn't feel guilty about wanting something that is generally frowned upon by others, one might be inclined to find ways of justify wanting it. In this was a time of intellectual and spiritual change, new religions offered many ways to justify some sexual desires. For example, the religious utopian community of Oneida NY reorganized the Victorian concept of marriage and supported a system of 'free love,' which elevated the status of women, while making them vulnerable to the sexual desires of higher ranking Oneida men.

Meanwhile, intellectuals, and many of the Bohemian artists in this blog, began looking to history, as well as religion, for guidance on how and why they should live their lives. Removing sex from the equation, Edmund Gosse's Father and Son explores the tension between the religious beliefs of early- to mid-Victorian parents and their children, who used their creativity and improved understandings of science to reevaluate traditional religious beliefs. Oscar Wilde wavered between Anglicanism and Catholicism, while embracing historical examples of same-sex love between older and younger men.

It was important and still is to people, like Wilde, to find historical precedents for how they needed to live their lives and express themselves sexually because religion was being used as an extension of (some may say the root of) Victorian morality, a concept they used to condemn the things they didn't like, including sex, women, foreigners, poverty, and disease. The intellectual and artistic quest to better understand humanity and our internal struggles gets painted as the antidote to foolish religious beliefs. This is in no small way because of the comfort knowledge can bring to one, who has long suffered from unnecessary religious guilt.

If you enjoy the work that I do, support my Victorian Dictionary Project!
Posted by Tine Hreno at 10:13 AM