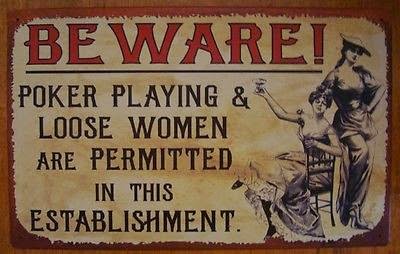 Male prostitution existed in 1890. Homosexual prostitution, both male and female, was a common part of city life. The city had molly houses (places for men to dress in drag and meet other men), and there was an all-male brothel on Cleveland Street in 1889. Male prostitutes serviced male clients.

In Psychopathia Sexualis (1886; 1894 translated), Richard von Kraft-Ebing only reinforced the idea that, while abstinence in women was to be expected, abstinence in men was "sufficient to overcome re-pugnance for the unnatural act," by 'unnatural' he meant 'homosexual.'

So, it was believed that:
The heterosexist society of London in the 1890s heteronormalized the male on male sex acts taking place in the streets until they were blue in the balls, but the fact was that there were more female prostitutes per capita in London in 1890, than there are today.

Indeed, many of those who campaigned against female prostitution, both in the eighteenth century and the early twentieth, sought only to regulate the trade rather than to eliminate it, fearing that if men did not have easy access to women, they would turn to each other. - Kerwin Kaye

The Criminal Law Amendment Act of 1885, which sent Oscar Wilde to prison for two years, was a source of ongoing torment for many men, who slept with "rent boys," or male prostitutes. When the Cleveland Street brothel was discovered by police, it was rumoured that one of its clients was second in line to the throne, reinforcing a popular idea that the men who hired male prostitutes were generally rather affluent. This led to some especially seedy characters, taking up the profession of male prostitution, in order to be able to blackmail their clients after the fact.

The practice was so common that most of the writers in my blog, who used male prostitutes at one time, or another, were at some point also victims of blackmail. Consequently, the clients were labelled as degenerate hedonists, who deserved to be blackmailed; while the male prostitutes themselves were to be viewed with suspicion.

Until the invention of homosexuality, neither of the actors in male on male prostitution were viewed as homosexuals, only as degenerate men with excessive sexual tastes that corrupted younger men into an 'easy' way of making money.

No one seemed to be organizing to reform male prostitutes the way that they were organizing to reform female prostitutes, often called "fallen women," out of the separate spheres ideology. Separate spheres ideology maintained that while men needed sex, women shouldn't even want it a little bit. The idea that a Victorian woman might have had sex with many men was devastating to the angel of the household mythology. Even if a female prostitute was reformed, or somehow 'saved' from her 'vile' circumstances, she would never be admitted into polite society, as was the case with Lady Meux.

Still, Victorians were mighty reformers, and a man with a questionable past could always be redeemed by marriage to a morally outstanding woman. I will write more on marriage later.

If you have enjoyed the work that I do, please consider supporting my Victorian Dictionary Project!
Posted by Tine Hreno at 1:46 PM