Do you have an old copy of Dracula? If so, I'd love to add as many different covers to what I've already posted here. The popularity of my post on the War of the Worlds Book Cover Collection and the fun I had looking over all of those images made me want to do a similar thing here with my favorite Count.

Dracula was originally published in 1897. The yellow jacket was supposed to warn readers the the book's contents contained pornography. There's nothing pornographic about Dracula by today's standards and subsequent editions of the book quickly lost the yellow jacket. First edition copies of this book sell for $10,000-75,000.

What followed in Dracula's book cover design reflects what aspects of the novel publishers thought would appeal to the reading public. It's also a fine collection of book cover art! 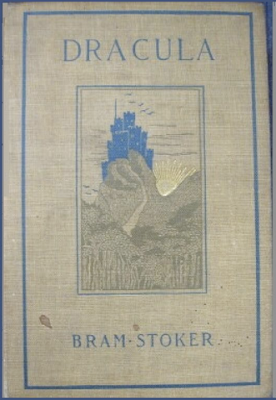 Doubleday & McClure, 1899.
(This was the first American edition.) 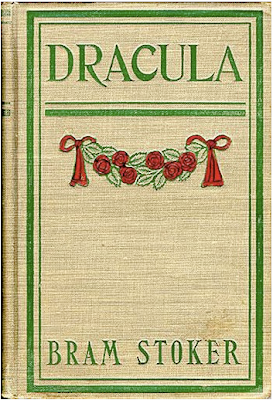 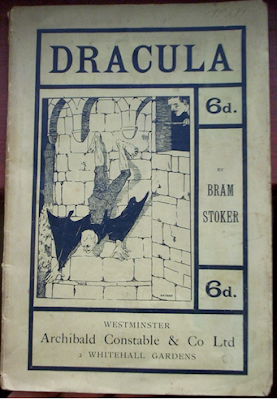 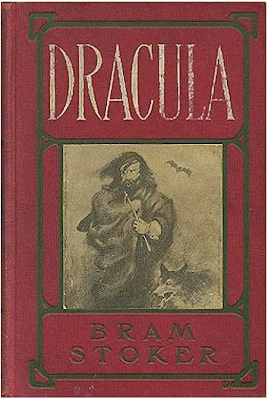 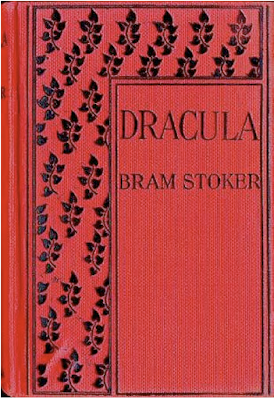 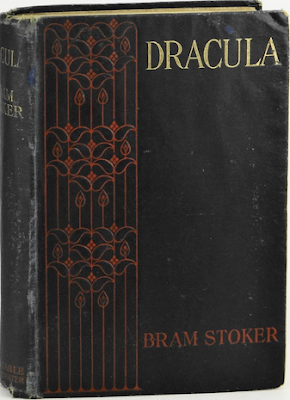 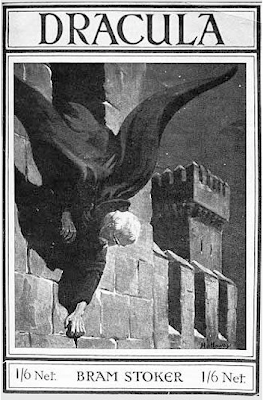 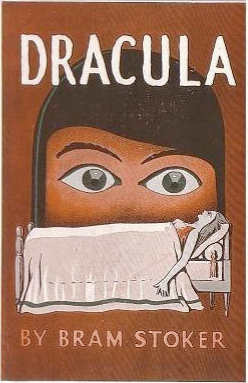 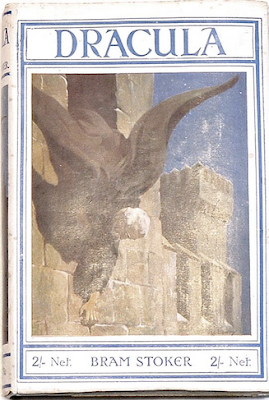 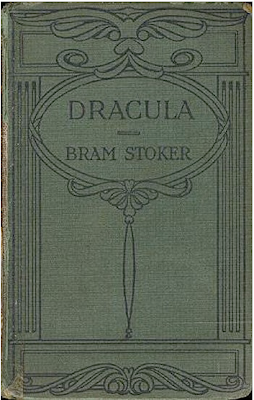 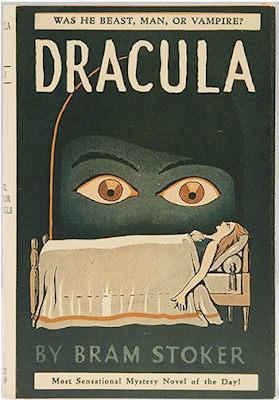 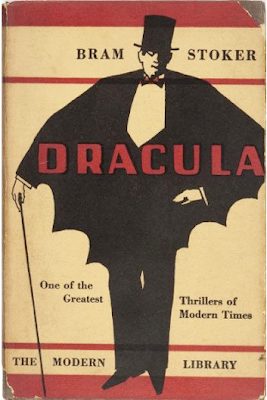 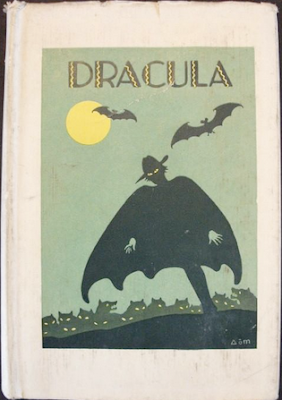 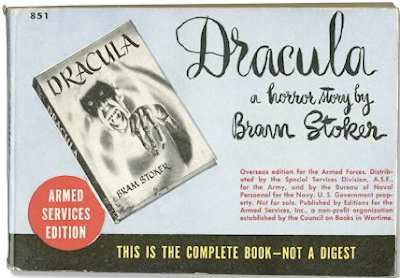 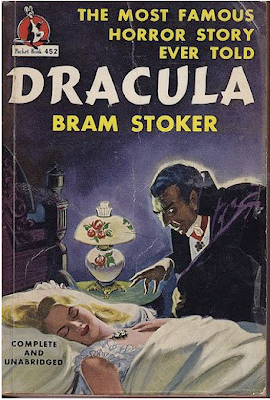 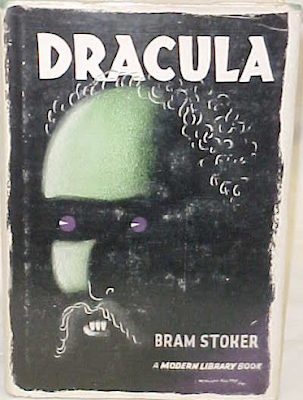 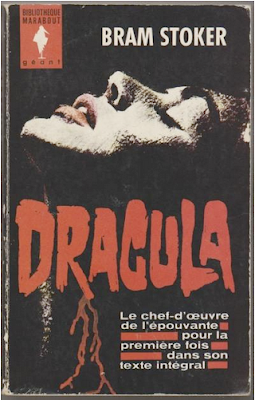 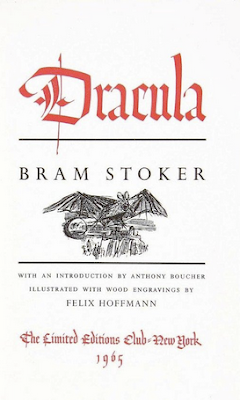 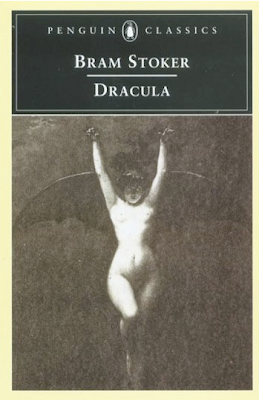 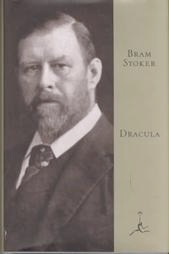 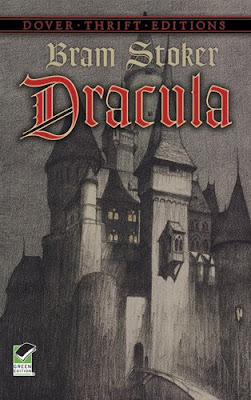 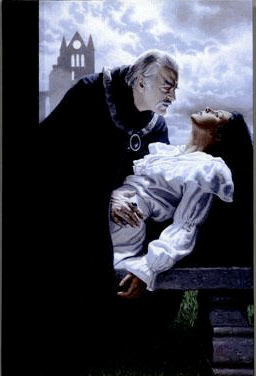 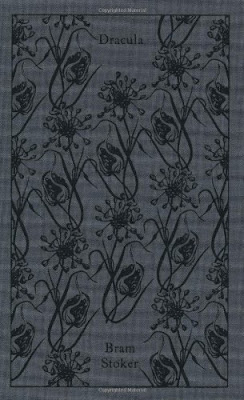