The Importance of Being Oscar Wilde's Mother

Lady Jane Francesca Agnes Wilde (1821-1896), better known as "Speranza," was the youngest child of four in Wexford Ireland. She was an Irish nationalist some Italian roots, though she put stereotypes about that heritage to rest by being over six feet tall and devoting herself to the love of Ireland. She was a poet and her contemporaries considered her a national treasure because wrote about freedom for the people of Ireland, but as time went on tastes and politics would change, so that the younger Irish revolutionaries weren't as able to relate to her work.

She fell in love with and married William Wilde, a scrawny and often disheveled-looking man, who must have looked even smaller standing next to his larger-than-life wife; it was said that she was extremely tall and overweight, “walked like a ship at sea, the sails filled with wind.” For this, she was subject to abuse throughout her life, but developed a strong talent for putting people in their place and would defend the people she loved as well as she defended Ireland. 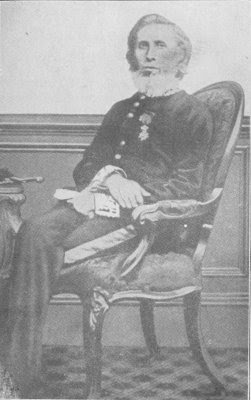 Sometimes, I think intelligent outcasts are the most important people the development of creativity and culture within any particular group. Henry VIII made big sleeves fashionable for men because preexisting fashions didn't suit his growing figure. Speranza dressed like gypsy, even when she could afford the fashions of her day, and wore cheap costume jewelry, sometimes made of pieces of older broken costume jewelry. The odd biographer suggests that she favoured darkness because it concealed certain physical features that made her insecure; but, according to her, she liked dark rooms lit by candles because it encouraged "bawdy talk." 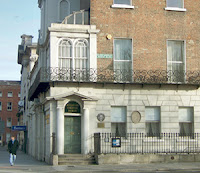 These dark spaces in her house, which notable always had all of its shutters shut, were decorated with books and artifacts collected during William Wilde's archeological journeys to Egypt and by Speranza herself, who enjoyed busts and paintings from ancient Greece and Rome.

If being "the Irish Poetess" of her day weren't fame enough, she became a famous entertainer, hosting popular salons at her home in Dublin and later in London. She got know many of the most famous creatives and revolutionaries, especially feminists and the political types, that set foot in whatever city she happened to be in, which makes it hard to believe that she was all that shy about being out in the open and walking in the light. When asked how she managed to attract such interesting people, Speranza replied, "By interesting them, of course!"

In addition to the two daughters William Wilde had outside of his marriage, Speranza had two sons and a daughter. Her daughter died in childhood; her firstborn was named for her husband and would always be her favourite, even when he grew up to be a lecherous alcoholic; and her other son was Oscar Wilde. Because of her, the boys were well-educated before they even started school, though some acquaintances, like Lord Alfred Douglas, suggested she might not have provided the most wholesome environment for the boys, due to the types of people she kept around and the types of things they would discuss.

Ostensibly, "respectable people" were forbidden from her home because they were usually so uninteresting. Many of their friends attributed Oscar Wilde's wit to his mother.

Things took a turn for the unfortunate, when William Wilde Sr. was knighted. Speranza believed this misfortune came because fortune and fame attract the maliciousness of jealousy. A Dublin man, whose daughter was a patient of Sir William Wilde, the oculist, claimed Sir Wilde was sexually inappropriate in his conduct toward the young lady and would seek legal action. Speranza must have flown into a rage and wrote a nasty letter to the man, for which they were eventually sued and lost most of their wealth. It was about this time that both of Sir Wilde's daughters burned to death in a fire due to the restrictive nature of their fashionable clothes. 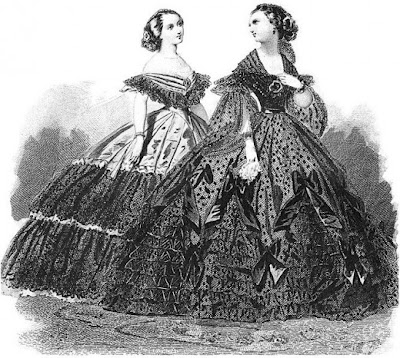 Sir Wilde died not long after and Speranza moved to London with both of her sons. In her reduced circumstances, she relied on the financial assistance of both her boys and earned a modest living as a journalist. She finished the work that she began years ago with her husband and published Ancient Legends, Mystic Charms and Superstitions of Ireland (1888). Oscar began making a name for himself and Speranza continued to hope that both her boys would find their place in parliament. Her favorite son wasn't doing as well as Oscar though.

In London, Speranza became active in the fight for women's legal rights; specifically, the right for a woman to retain her wealth in marriage. She was part of a successful act to support these rights, but, as luck would have it, she needed to find a wealthy wife for her favorite son. The marriage lasted less than a year and Willie came home penniless. Even after he took a second wife, Willie would live with his mother to the end of her days. Many famous people still came to her salons, but she was heard at one such event saying that her life had been reduced to "the importance of being Oscar's mother." 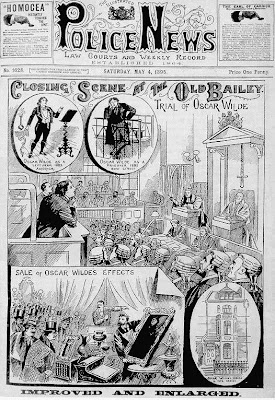 I believe that Speranza died of a broken heart, when Oscar Wilde went to prison. When the trials started, she didn't believe they would imprison her son and wouldn't hear of him fleeing the country. He was, after all, "an Irish-born gentleman." The official cause of death was bronchitis, but her health deteriorated rapidly after Oscar's conviction. Even her requests to visit with him were denied.

Oscar's wife, came back to London from Europe, to break the news of his mother's death to Oscar personally, so that he wouldn't take it too hard.