Hindsight makes aspects of the past comical. Looking back on the 1890s, we also have roughly 120 years of new information, information that was gathered through trial and error. Looking back to when we started getting excited about personal computers, we can already see terrible product ideas, like Digiscent iSmell. In the 1890s, people were excited about lots of new things and the ephemera reflects that spirit, as well as its comic failures. From medicines to gadgets, here are the oddest ads of the 1890s.

10. Many of the dangerous drugs that are illegal today were still legal in the 1890s and being used as medicine, hence we have this lovely ad for Cocaine Toothache Drops. 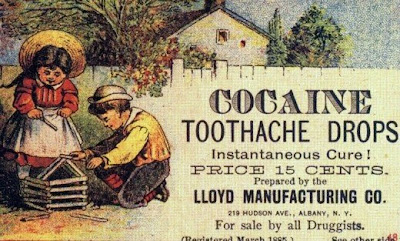 By the picture, it looks like they’d be perfect for a teething baby. Don’t believe me? Look at the recommended dosage on the back of this bottle of Stickney and Poor’s Pure Paregoric (opium).

If that doesn’t work, mommy can get you some heroin. 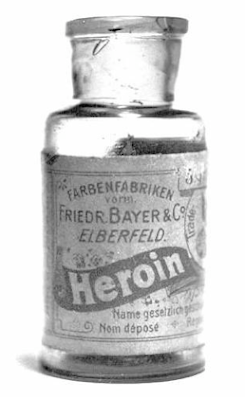 Modern illegal drugs in 1890s ads, brings us to:

Before the cola wars were a twinkle in your glass of coke, Coca-Cola was marketed as a “temperance drink,” “a valuable tonic and nerve stimulant.” 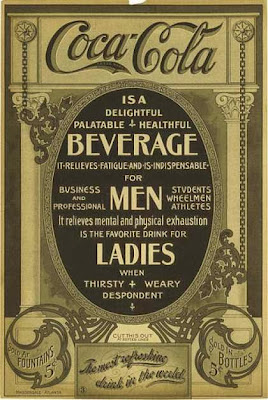 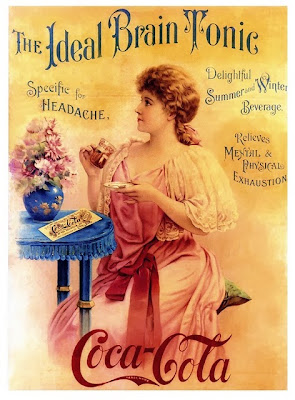 Even though Coca-Cola started going easy on the amount of cocaine that went into their soft drinks, during the 1890s, Coca-Cola was still advertising in pharmaceutical publications as late as 1899. 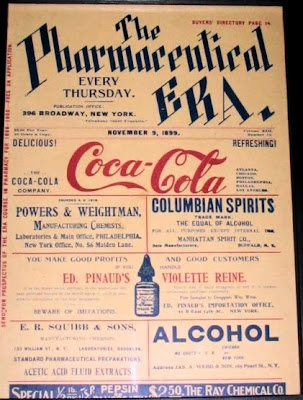 To be fair, as soon as it became clear that cocaine was bad for you, Coca-Cola’s chemists removed every trace of the drug from the beverage.

8. Want to lose weight? How about a tapeworm? 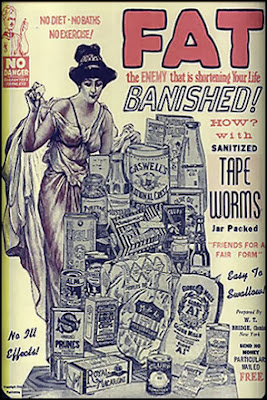 This ad boasts of “no ill effects.” Having a tapeworm can cause loss of appetite, mild pain, and diarrhea, but not of that means to host will lose any weight. Besides, it’s unlikely that eating these pills would give the consumer a tapeworm because it would be so difficult for the manufacturer to collect the tapeworm cysts. 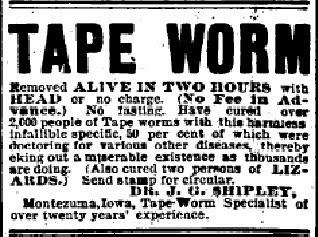 If the consumer did get a tapeworm, they were stuck with the problem of getting it out. Victorians, clearly, had no idea how tapeworms worked, as is evidenced by the ads above, the simple fact that so many thought having one was a good idea, and the persistent belief that they could lure them out by holding a warm bowl of milk and cookies near their lips. 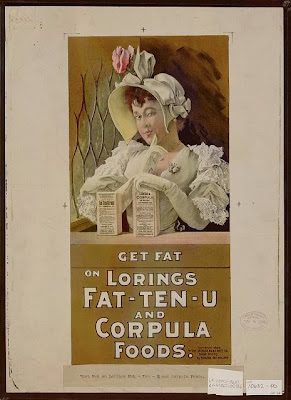 From what I can gather, this product was primarily marketed in the United States (imagine that?). But while obsessing over the shapes of their bodies, Victorians mostly wanted to look younger. 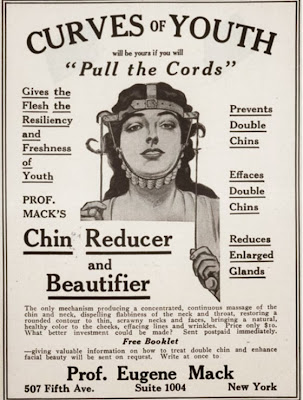 Remember all that stuff I said at the beginning about hindsight? At first I saw Prof. Eugene Mack’s “Curves of Youth” ad and I thought: “silly Victorians,” but then I saw this: 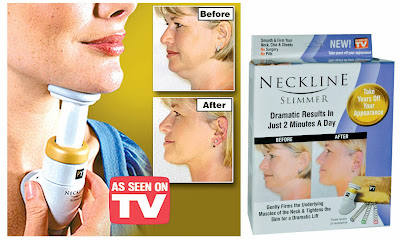 The Victorians were trying to learn about and understand new things, but they really liked applying new technologies to their bodies, which brings us to: 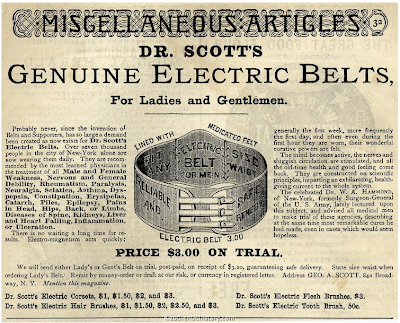 Dr. Scott didn’t forget about men either. His corsets were for ladies and his genuine electric belts were designed specifically for men. 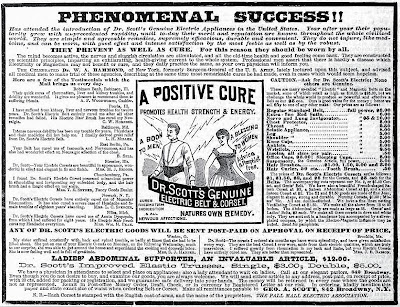 One company in Ontario even tried to apply electricity to hair loss. 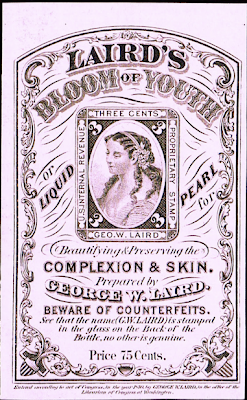 The desire to look young was not an exclusively female concern, as we know, through the Picture of Dorian Gray. Arsenic wafers were widely promoted for both men and women to keep up youthful appearances. 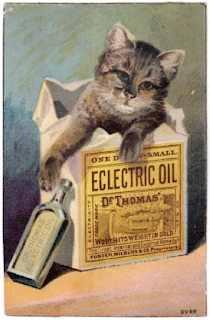 I couldn’t, in good conscience, keep this ad grouped with the other electric products because it isn’t really electric and it is using a cat to sell a product. A mixture of chloroform, opium, hemlock and turpentine, electric oil went by various brands and was used to treat: coughs, colds & croup; catarrh; asthma and dyphtheria; burns, bruises, cuts & sprains; and lots more. It was even recommended for pets!

This is one of those ads that is only comical through hindsight, especially if you don’t know the story of the Warner Bros Corset Company. 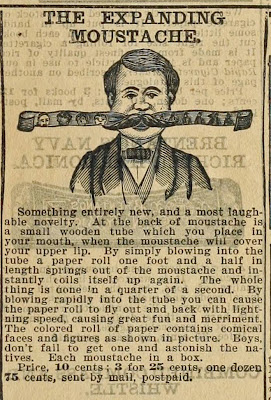 The Expanding Moustache is a Victorian novelty product, like a gag gift. Hair pieces were still popular in the 1890s (bunch of hairy men) and it’s fun to see that Victorians had a sense of humour about them too.