Spiritualist Frauds and the Writers Who Loved Them 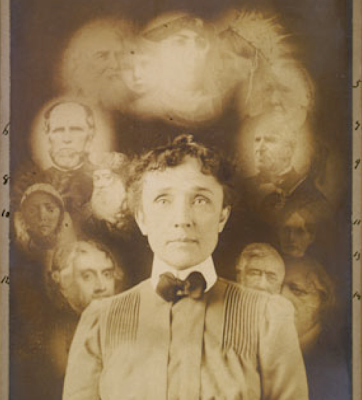 I suppose now you do not believe in corporeal transference. No? Nor in materialisation. No? Nor in astral bodies. No? Nor in the reading of thought. No? Nor in hypnotism——”

In my writing, I’ve been thinking a lot about that passage. Materialization is, basically, the manifestation of visions, if not actual solid objects, out of unknown matter. In Victorian occult practice, one might materialize spirits, during a seance. Indeed, seances were the conventional method of materializing things, spirits, or whatever they thought was special.

Bram Stoker’s participation in the Hermetic Order of the Golden Dawn leaves the impression that Stoker either believed in the paranormal or had a keen interest in those, who did, not just through his writing and research for Dracula, but also in his personal life. Certainly, Jonathan Harker experiences materialization first-hand in Dracula’s castle:


I was becoming hypnotised! Quicker and quicker danced the dust; the moonbeams seemed to quiver as they went by me into the mass of gloom beyond. More and more they gathered till they seemed to take dim phantom shapes. And then I started, broad awake and in full possession of my senses, and ran screaming from the place. The phantom shapes, which were becoming gradually materialised from the moonbeams, were those of the three ghostly women to whom I was doomed. I fled, and felt somewhat safer in my own room, where there was no moonlight and where the lamp was burning brightly. 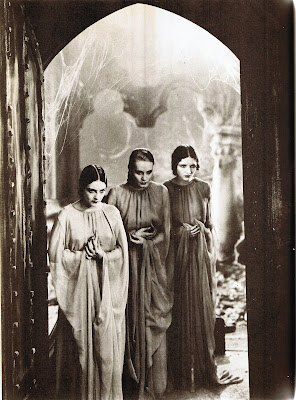 One of the most successful frauds of the 1890s was praised by Sir Arthur Conan Doyle, even after she had been caught faking it in almost every country she visited. Her name was Eusapia Paladino. 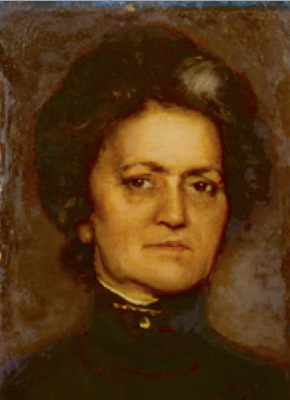 Palandino used illusions and dark rooms to make it appear that she had the power of levitation ; that she could warp her body, by making it longer; and that she could materialize a number of things, including pots of flowers, the dead, spirit hands and wet faces in clay. In Warsaw, she inspired several colourful scenes in Boeslaw Prus’s novel Pharaoh (1894-95).

In 1895, Palandino visited London. The founder of the Society for Physical Research, Frederic William Henry Myers invited her to his home, in Cambridge, for a series of investigations (note: when Victorians use the word “physical” in this context, they mean paranormal). Along with the physicist/writer/inventor Oliver Lodge and other “scientists,” Myers found Palandino to be nothing, but a trickster. Consequently, she was banned, by the Society, from participating in any further experiments (or seances) in Britain. 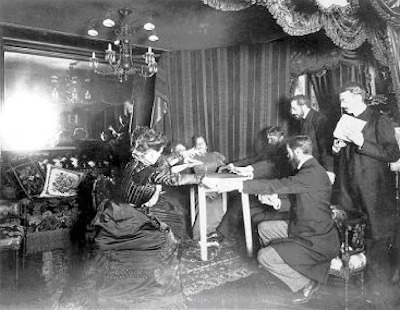 Unfortunately for Myers, the investigation generated bad press for the Society, when the British Medical Journal published an article (9 November 1895) that called into question the scientific legitimacy of the the Society for having conducted the experiments in the first place.


It would be comic if it were not deplorable to picture this sorry Egeria surrounded by men like Professor Sidgwick, Professor Lodge, Mr. F. H. Myers, Dr. Schiaparelli, and Professor Richet, solemnly receiving her pinches and kicks, her finger skiddings, her sleight of hand with various articles of furniture as phenomena calling for serious study.

Three years later, in Paris, when Myers thought he had seen a real medium, he was reminded of his skepticism about Palandino, but refused to change his mind about her and faced further ridicule.

Palandino practiced for the rest of her life and her fans ignored the fact that people called her a fraud, everywhere she went! In spite of all the hype about what a fraud she was, people, like Doyle and Myer’s friend in Paris, deeply believed in her abilities. It simply did not matter how many times she was photographed holding up a levitating table.