Jobs for Women: the Angel in the Workforce 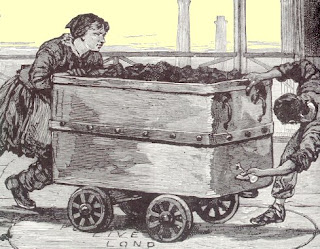 And yet we speak of working women as the exception in the Victorian era. Was that the case?

During the Industrial Revolution in the UK, young people (including women) were moving to cities at an unprecedented rate. Usually, a young person would arrive and stay with, or in the neighbourhood of, a person who knew their family, which resulted in regional concentrations of religious and cultural groups. It also created large households of people who were loosely connected.

In these households, everyone did their part (including women and children). Family economics of this type had long been the norm in rural populations, but in cities, women’s work was frequently downplayed, or entirely overlooked, as the emphasis increasingly focused on the male as breadwinner. 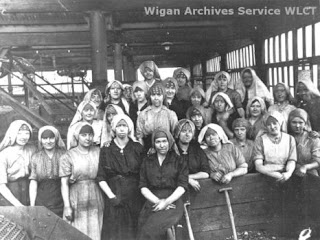 Victorian culture’s emphasis on separate spheres overplays the “Angel in the Household” motif, which simply doesn't describe the reality for many Victorian women and families. The obvious example being female heads-of-house, such as widows.

Moreover, the industrial revolution increased the demand for female and child labour, who could be paid less than their adult male counterparts. Still, forty percent of female occupations listed on the census of 1851 were in domestic service, with textiles and clothing services in a near second place. Women did much of the delicate work in factories that produced household goods and participated in trades that suited ideals of femininity, such as kitchen work, sewing, laundry, and retail.

Even in the middle- and upper-classes, the ideal of the Angel in the Household doesn’t adequately describe all that was taking place. Not only were women, like Rachel Beer, dominating the world of journalism, but many widowed and single-women had no choice, but to earn money to support their standard of living. Some, like Marie Corelli and Lady Jane Wilde (Speranza), did so by writing, but many widows carried on the family business after the death of their spouse. Many middle- and upper-class women could be found working as governesses, running boarding houses, or managing properties for income. Many of these women also played important roles in family businesses as silent partners, bookkeepers, administrative workers, and more.

By the 1890s, stories of the New Woman, who was educated and independent, began to emerge. Many of these women resented the stereotypes that depicted all women as seeking a husband to support them.

For more information, two excellent sources are the BBC and the Economic History Association.